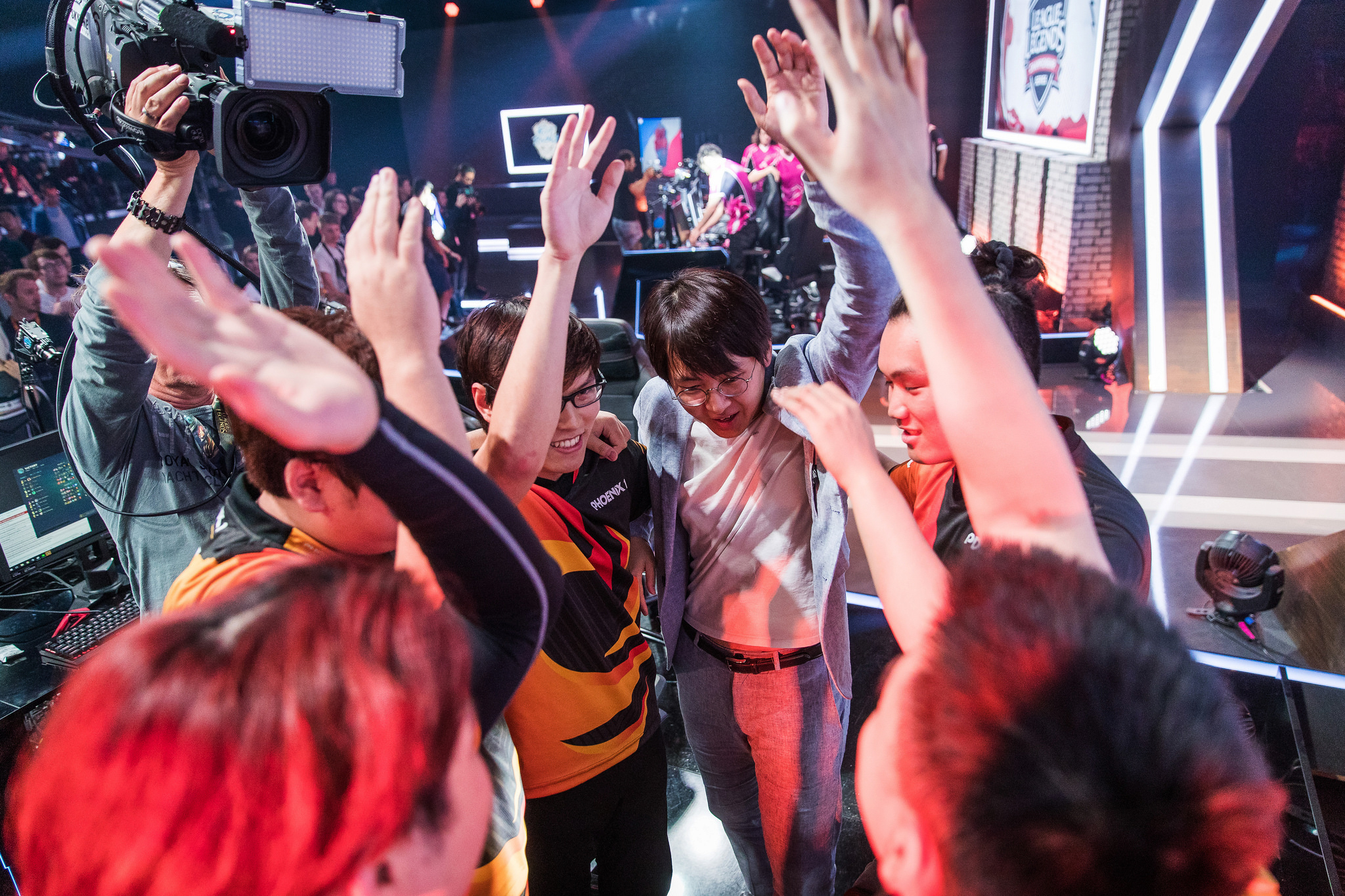 Phoenix1 rode on the back of rookie superstar jungler Mike Yeung to a decisive victory over G2 Esports today. It was an embarrassing display for Europe’s back-to-back-to-back LCS champions.

P1 looked their absolute best. Fans have been waiting to see them play like this in the NA LCS all season, but on the international stage, it looks like they’ve finally found their form. Their shotcalling was quick and unified, and they dedicated themselves to their calls until they got the results they wanted.

G2’s only tiny glimmer of hope was within the first five minutes of the game, when Kim “Trick” Gang-yun, the team’s jungler, invaded MikeYeung’s jungle to punish him for going back to farm after a failed skirmish moments before. G2 picked up first blood, and things were looking up, until P1 quickly snuffed it out.

P1 straight up outplayed G2 with this fight in the G2 jungle. They had the macro knowledge to know where to invade, but what was really impressive here was the mechanical ability coming from P1. Both MikeYeung and Ryu Sang-wook pulled out all the stops to split up G2 and pick them off in two separate one-on-ones. From there, P1 ran the show. With massive five-man roams to take objectives or gank a single lane and scrappy fights in the jungle, P1 won everything, and the gold lead kept on growing.

By the end, P1 was up with a scary 17K gold lead, and there was nothing G2 could do. With one final push P1 put G2 in the ground.

MikeYeung wasn’t the only P1 player that popped off in today’s game. Both Ryu and No “Arrow” Dong-hyeon, the team’s ADC, had standout performances against G2. These players completely carried P1 in their dominating run at the end of the Spring Split of the NA LCS, and they’ve been considerably lackluster so far in the Summer Split. If P1 can hold onto this resurgence, they’ll be a terror when they return to North America.