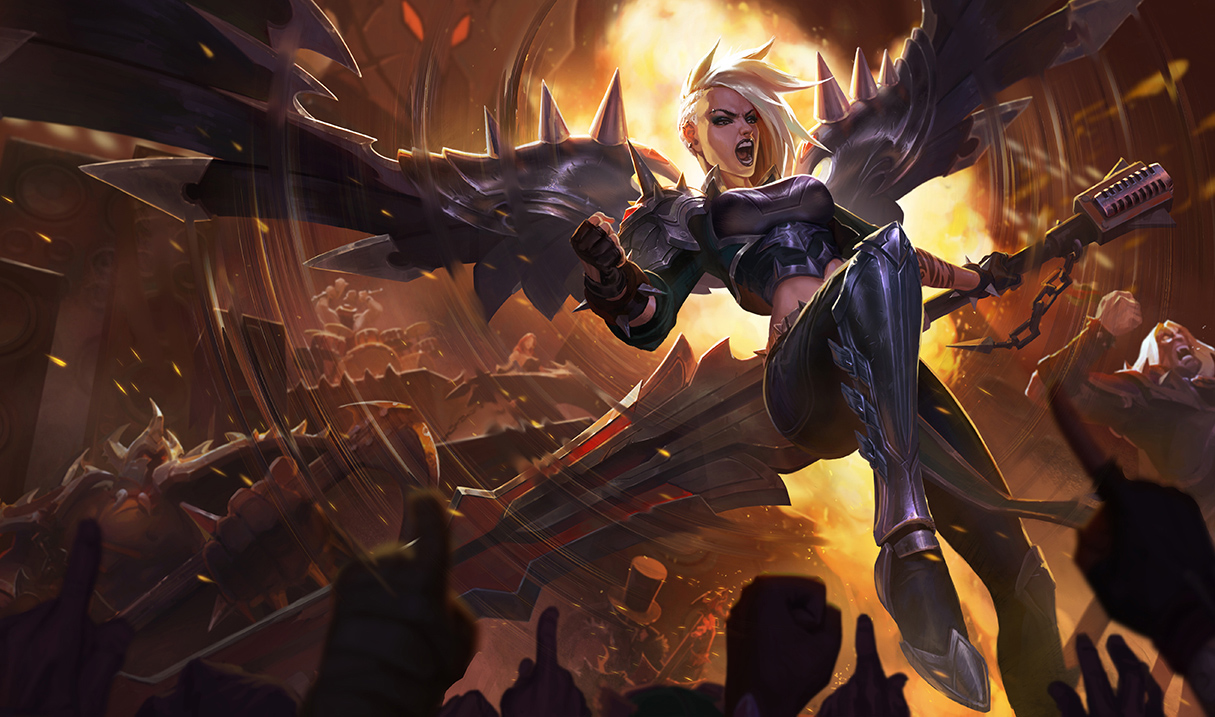 Pentakill. The name alone represents one of League of Legends’ most badass traditions—heavy metal. Even though the League community knows Pentakill through its actual music, the band started out as just an in-game skin line.

There’s Pentakill Karthus, Mordekaiser, Yorick, Sona, and Olaf—each skin made to represent one member of the band. We all assumed that was the end of the skins since the band’s roster hasn’t changed since before Karthus’ rework in 2013, but we assumed wrong.

Pentakill’s second studio album is nearly upon us, and two of the new songs have already been released. One of them, Tear of the Goddess, features a new female lead vocalist. You know what that means, right? There’s a new member of Pentakill, and that means a new skin.

We think Riot really dropped the ball by not calling it “PentaKayle,” but we’ll live, because the skin totally makes up for it. It gives Kayle new particles, animations, sound effects, textures, and a custom recall all themed around metal and melting face.

The skin hit the PBE yesterday, which means it will be launching with Patch 7.16 in a few weeks.