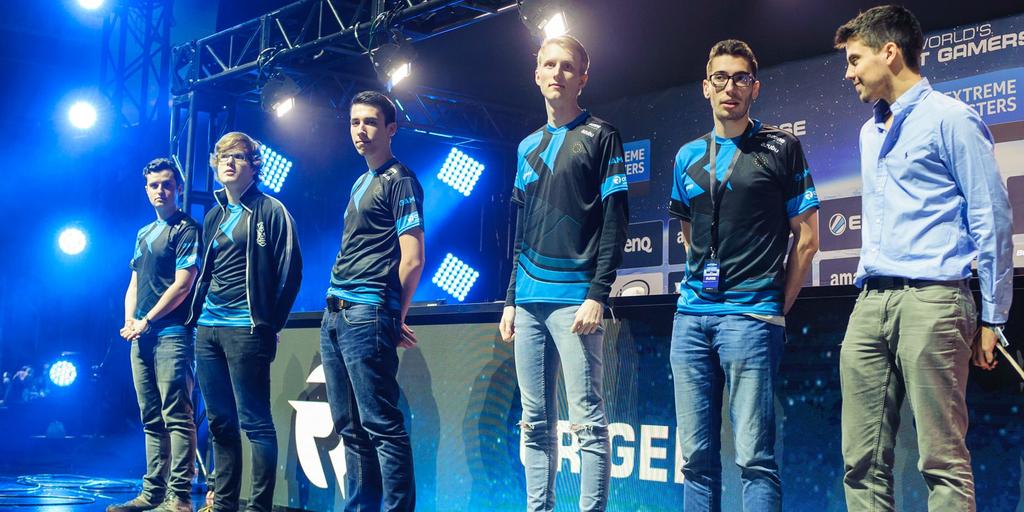 Following Fnatic’s surprising withdrawal from IEM San Jose, most considered Origen the favorites to win the tournament. However, roster changes in recent weeks made it extremely difficult to predict the outcome. Unicorns Of Love and Team SoloMid came into the event with almost completely new rosters and very little time to prepare. At the same time, Counter Logic Gaming had to rethink their team dynamic with Trevor “Stixxay” Hayes, a rookie AD carry, and Choi “Huhi” Jae-hyun, a mid laner who had not seen competitive play on the big stage for over a year. Representing the Korean region was the Jin Air Green Wings, who recently had a shaky performance at the KeSPA Cup following the loss of their mid laner, Lee “GBM” Chang-suk. The only team that had a lack of roster changes in the off-season was also the one that had the most to prove after they failed to meet expectations at the World Championship, and that is LGD Gaming.

Origen, on the other hand, only made a minor change in their roster when they recruited Tristan “PowerOfEvil” Schrage as the secondary mid laner. Though Enrique “xPeke” Cedeño Martínez is a very experienced leader, many would argue that PowerOfEvil is an upgrade when comparing them strictly as players. In his time with Unicorns of Love, he demonstrated a high degree of flexibility, playing champions like Kog’Maw, Orianna, and Ezreal to great effect during the summer split of 2015. With the announcement of PowerOfEvil playing for IEM, Origen looked like the top contender coming into the tournament.

When looking at the IEM bracket, one will notice that the top half of the bracket featured rematches between teams and players alike. The obvious rematches are the ones between the teams of Group D at Worlds, with TSM and LGD pitted against each other for a chance at redemption. The winner of that match would then go on to face OG, who thanks to their semi-final performance at the World Championship, received a bye straight into the semi-finals of IEM. Despite TSM’s almost completely new roster, they won over LGD in a 2-0 clean sweep, advancing to the next stage of the tournament where they faced OG.

On day 2, there was a rematch between both teams and players. The semi-final between OG and TSM featured a rematch between Søren “Bjergsen” Bjerg and PowerOfEvil from last year’s IEM San Jose. PowerOfEvil demonstrated an aggressive playstyle, but unlike last year, the games were decided more by the clean team focused play of OG rather than the matchup between the mid laners. With the playmaking of Alfonso “Mithy” Aguierre Rodriguez and Paul “sOAZ” Boyer, Origen took full control over the games and closed them out in convincing fashion. While TSM’s new roster showed promise, their lack of coordination was very evident with Origen taking the series 2-0 to advance to the finals.

On the other side of the bracket, CLG faced off against UOL, making quick work of the Unicorns’ new roster. During the games, UOL looked lost and without a sense of direction. It was clear that they could not effectively integrate the new players of the team in the time they had available. They displayed a very messy series of League Of Legends and were left in the dust by CLG, who advanced to the semi-finals to face the Jin Air Green Wings.

The first game was very close, with 20-15 kills in favor of Jin Air, but in the end CLG won with an amazing backdoor play by Darshan “Darshan” Upadhyaha that was similar to that of xPeke’s Kassadin backdoor in his game against SK Gaming at IEM Katowice in 2013. The second game between these teams was once again very close. Though CLG looked very disorganized in team fights, Darshan was once again the stand out performer with an impressive 11/1/3 game on Fizz, managing to carry the team to a well deserved victory over Jin Air. This was also partly due to Jin Air’s misplays in team fights and mismanagement of their vision control.

Coming into the final I expected a very even matchup between the two teams. It was possible that the series would even go to 5 games seeing as how CLG went undefeated prior to this match, but that was not the case. In the first game CLG took an early advantage, but as the game progressed into the later stages, OG reclaimed the lead by picking off out-of-position members of CLG. The second game was much more one sided than the first. Origen outperformed CLG when it came to map control, making quick work of their opponents to close out the game in under 27 minutes. This trend continued on with OG winning the final game against CLG with the same impressive map control they displayed the whole tournament. Even though the teams were even on kills, OG always managed to secure an objective along with a kill or two, which eventually pulled them ahead to a very clean victory.

In conclusion, IEM San Jose 2015 was a tournament of clean sweeps across the board. We saw many new faces on teams like UOL and TSM, but also witnessed that the new Origen is a force to be feared. The team clearly deserved their win with an undefeated score and no visible weak link on the roster. I am excited to see how Origen will perform during their 2016 Summer Split in EU but also how the new roster of TSM and UOL will stack up against the rest of the western competition.

Be sure to leave any feedback down below and remember to follow us at eSports Guru for all your League of Legends and general eSports needs.