PowerOfEvil and Arrow led the charge for the Green Wall. 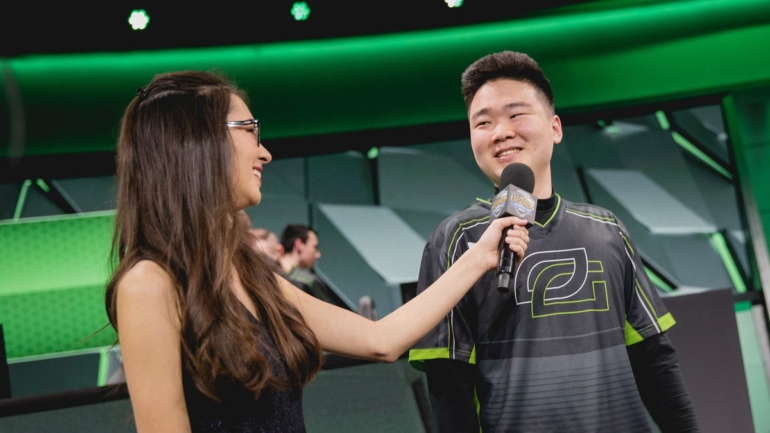 OpTic Gaming and Golden Guardians have had a similar 2018 Spring Split to this point and have established themselves as consistent underdogs. But when the two teams faced off Saturday, it was clear which team was superior.

Heading into their match Saturday, both teams had a few wins but more losses after poor starts to the season. OpTic’s three wins were against CLG, FlyQuest, and Golden Guardians, who they played a week ago. Golden Guardians, on the other hand, secured shocking wins over current playoff teams Team Liquid and 100 Thieves.

In their first meeting of the season, OpTic rolled through the Guardians behind Tristan “PowerOfEvil” Schrage’s eight kills. The Guardians were denied any dragons or Barons, which created a very lopsided 38-minute game.

Today’s match was no different, despite OpTic bringing up Academy League top laner Niship “Dhokla” Doshi. The Guardians only grabbed two kills before OpTic finished the game off at the 34-minute mark. PowerOfEvil once again topped the leaderboard in kills on his patented Orianna, concluding with four. OpTic’s ADC Noh “Arrow” Dong-hyeon also had a superb game, finishing with a 3/0/6 scoreline in a Green Wall rout.

The win pushes OpTic just outside of a playoff position with a 4-7 record, while the 2-9 Golden Guardians stay at the bottom of the table. Both teams will have a shot at moving up in the standings tomorrow as OpTic square off against TSM and the Guardians take on CLG.