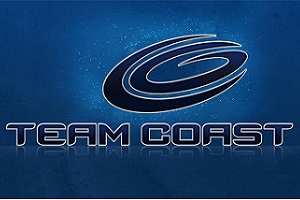 As reported yesterday by Annabelle Fischer of The Score eSports, Team Coast has just acquired challenger team Final Five, and initiated some roster swaps as part of the acquisition.

Coast jungler Impaler and support Sheep are going to join Final Five’s starting roster, while KonKwon will move from Final Five into the Coast support position, and WelcomeToHeaven will fill Impaler’s spot in the jungle.

Why would Coast make a move this drastic? Is it an attempt to salvage the Spring Split, a setup for the Summer Split, or maybe a bit of both?

To me, the move feels like Coast hedging its bets. They’re a single loss away from being guaranteed auto-relegation into the Challenger scene. Even if they run the table, they have to count on Dignitas and/or Winterfox not winning any more games, and then they’d have to rely on tiebreakers. Coast’s chances of player in the Summer Split are next to zero.

Unless they accept relegation, stack up Final Five to earn their way into the LCS under the Coast name, and continue on with business as usual.

If Coast has its way, they will get relegated but still not really be relegated. Maybe a few faces on the roster will change, but after a split this disastrous that would be expected regardless.

This acquisition and roster swap is either a very savvy maneuver to ensure Coast some LCS continuity, or it’s an exploitation of the relegation/promotion rule set.

Personally, I lean towards the latter interpretation. If Coast has its way, they will have defeated the relegation system and prevented other organizations from taking their LCS slot. This is bad for the NA competitive scene, because it denies the purpose of relegation/promotion, which is to spread competitive experience across a wider playerbase and give more players and teams/owners/brands opportunities to gain LCS exposure and experience.

Coast’s move could limit the growth of the NA LCS, and in my opinion Riot should keep a close eye on the situation and possibly look to introduce some policies to prevent similar maneuvers in the future.

Of course, Final Five could still lose out on the Promotion tournament and the whole thing could be moot, but we’ll have to wait and see for that.