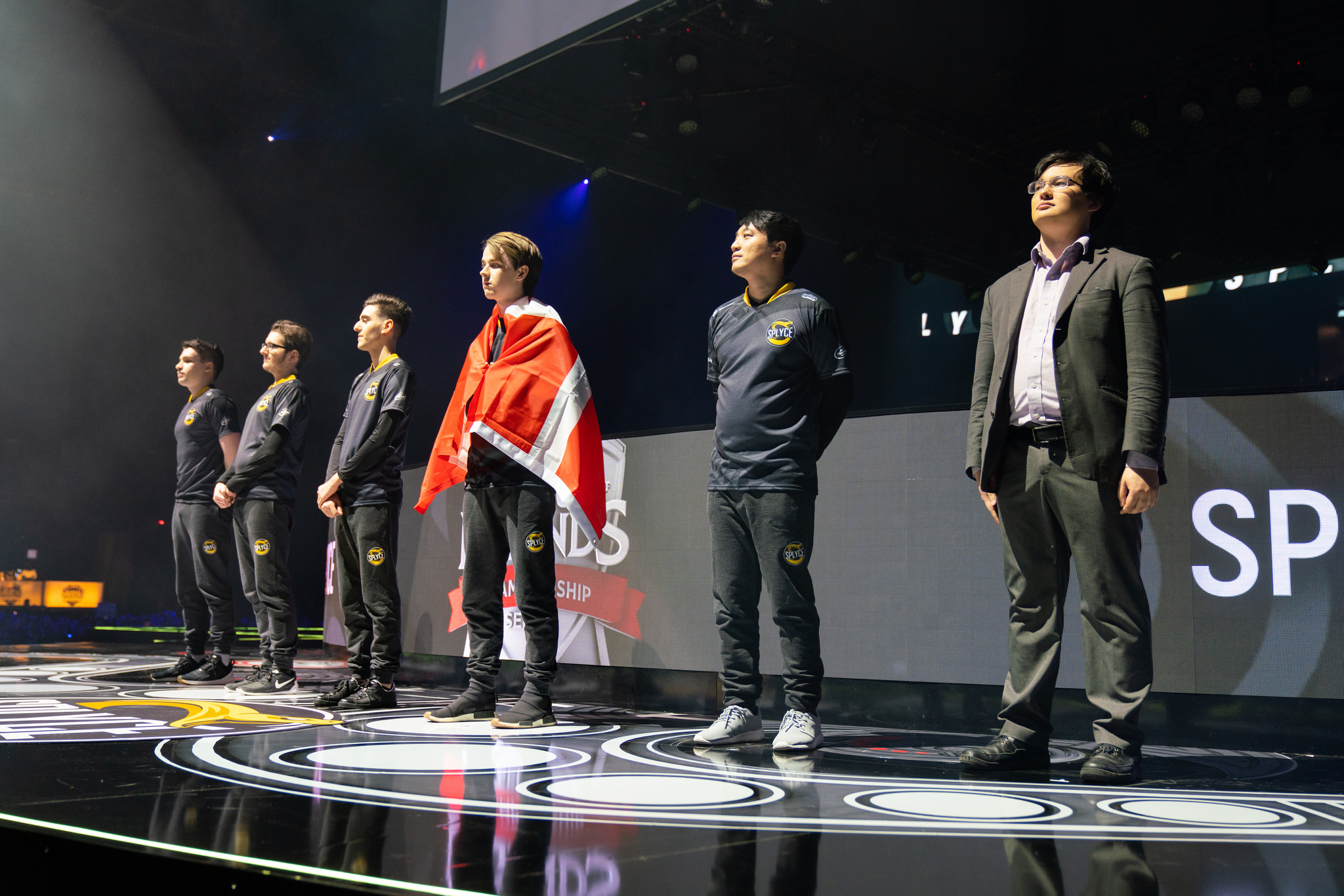 The third-place match in the EU LCS featured two teams heading in opposite directions. As the meta shifted to prioritize junglers and ADCs, Vitality’s level of play fell off, while Splyce started to shine.

Vitality made huge efforts to reverse their slide from rookie ADC Amadeu “Minitroupax” Carvalho. But in a grueling fifth game, Splyce proved that they were stronger and took home third place in EU, guaranteeing their spot at Rift Rivals later this summer.

Vitality’s early game focus showed up immediately at the start of the series. Splyce telegraphed early in the draft that they would have three losing lanes, and Vitality happily obliged them by pushing those lanes in. Splyce jungler Andrei “Xerxe” Dragomir tried to force action, but while he and mid laner Yasin “Nisqy” Dinçer got a bunch of kills, they also left a ton of farm on the table as Vitality snowballed ahead.

Looking to slow the pace of play, Splyce banned Caitlyn from Minitroupax. As a rookie, Minitroupax is already drawing target bans. They also drafted Cassiopeia for Nisqy, an extremely strong champion who’s still just under the radar.

Related: Swain and Galio are broken, but Cassiopeia and Trundle are strong, too

Boy, oh boy did he carry. Solo kill after solo kill on star rookie Daniele “Jiizuke” di Mauro had fans watching the Riot Games 2 Twitch stream, which featured an experimental POV feed from the Vitality mid laner, asking if the stream was bugged because it was constantly greyed out. Even when Vitality set up a death brush for him, he grabbed two kills while his team ended the game.

Vitality banned Cassiopeia in the next game, and with Minitroupax pushing aggressively, seized tempo of the game. All of a sudden, they had match point on Splyce. They also had tempo in the fourth game, but another smite fail by maligned jungler Erberk “Gilius” Demir handed over both an Infernal Drake and a Baron.

That led to Silver Scrapes and a deciding fifth game. Eschewing the Olaf that had been so good to him in favor of Trundle, Gilius and the Vitality bot lane actually lost tempo against Kobbe and Xerxe’s surprise Ivern.

Related: Xerxe pulled out his pocket pick Ivern in the final game of the EU LCS third-place match

Tempo allowed Splyce’s superior macro to shine through. They forced Vitality to sacrifice side lane waves to keep up vision, getting Nisqy ahead again. Despite Minitroupax’s best efforts on Jinx, Vitality just couldn’t match the damage from Nisqy and Kobbe.

That, combined with more macro fails, allowed Splyce to close out the series.

With the win, Splyce have sealed their spot in Rift Rivals, alongside G2 and Fnatic. They will also earn 50 Championship Points toward Worlds qualification. That’s the real prize for this group: With four new players, they should continue to grow in anticipation of the season’s biggest championship in the fall.