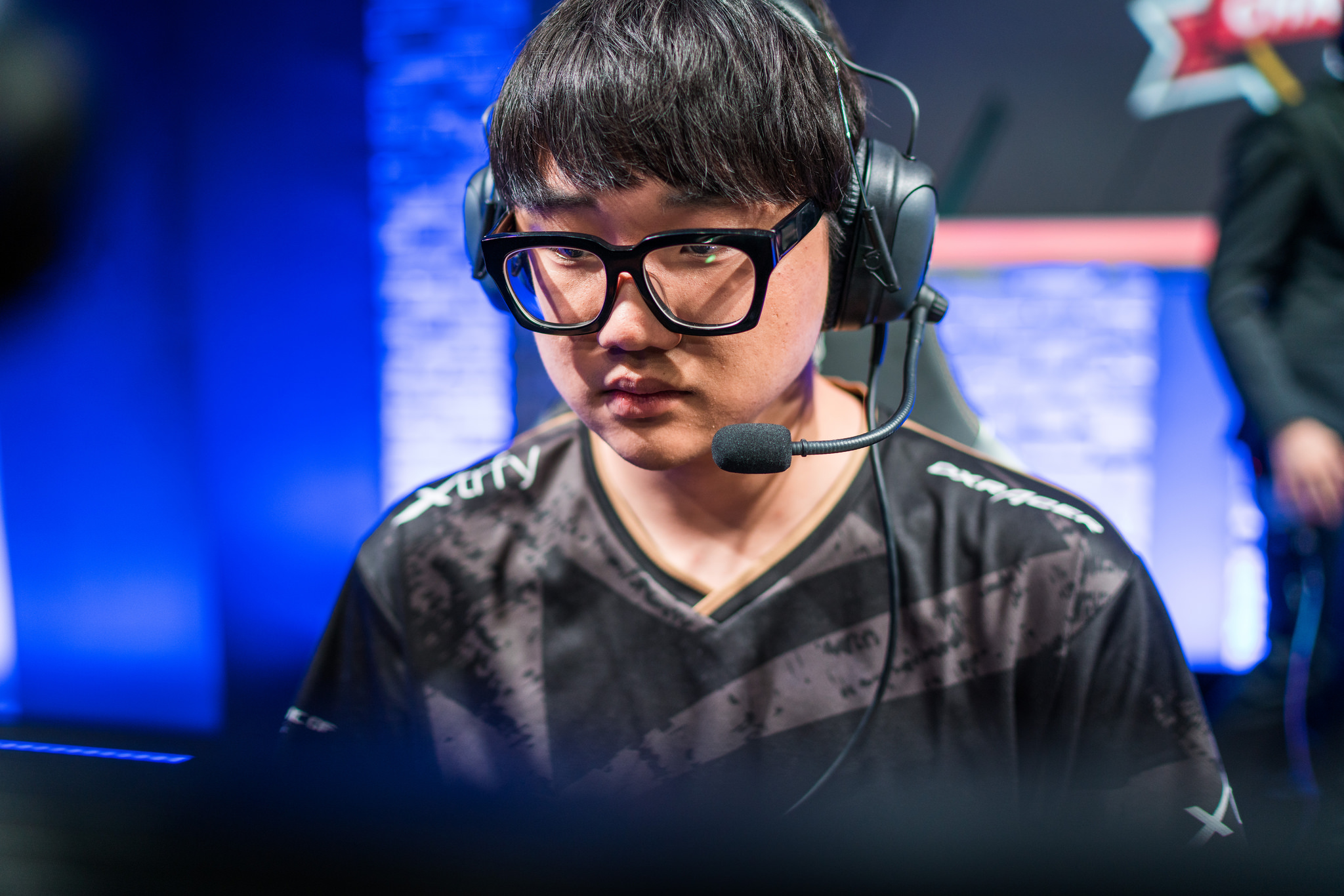 Ninjas in Pyjamas haven’t had the best start to life in the EU LCS.

After buying Fnatic Academy’s slot in the EU LCS at the start of the season, NiP removed all of the original FNA members to field an entirely new roster, including former SK Telecom T1 star top laner Kim “Profit” Jun-hyung.

Related: NiP CEO: We didn’t have room for all of FNA

Eight grueling weeks later—NiP are at the bottom of Group A in the EU LCS.

With so much weight on Profit’s shoulders to lead his team to victory, they struggled to find wins against multiple opponents. Opposing teams knew to target Profit, well aware that if he got ahead in his lane, he could change the game. NiP lost 10 straight series.

But then, on July 29, Profit led the team to a big win against Roccat, snapping the losing streak. Suddenly, NiP’s season wasn’t over. Can the team’s Korean star now lead them to an improbable turnaround?

When the Spring Split ended, Profit was playing second fiddle to SKT top laner Heo “Huni” Seung-hoon. His chances to play regularly were slim and he was looking for a move.

“After Spring Season, I couldn’t go to MSI, so I thought a lot,” Profit said. “I was looking for a new team [and] had an offer from NiP. I felt like they really wanted me, so I joined.”

Like many substitutes at SKT, Profit was only brought in for a portion of games during the Spring Split, playing a supporting role to the main cast. When it came to choosing the team to take to MSI, Profit was left behind in favor of jungler Kang “Blank” Sun-gu.

When moving to NiP, Profit was hopeful that his experience would be beneficial to the team. “[At SKT] I learned how to play to win the game in top, so it helped me a lot,” Profit said. “Feedback in NiP and in SKT taught me how to react [to] every situation.”

Start of the journey

With so much on his shoulders, Profit had to gel quickly with his new teammates to prepare for the Summer Split. In the first week, NiP faced off against Fnatic and lost 2-0. It would begin a streak of 10 straight series losses.

Koreans players, most of whom are not fluent in English, have often struggled with communication when moving abroad. And it was no different for Profit. He’s aware of this, though. “At the first week at EU LCS I tried hard to fix the problem with [my] communication,” he said. “I think I’m not perfect yet—so I am trying to be perfect.”

All that training, all the exercises, and all the work finally paid off when NiP secured their first win in the EU LCS on July 29 against Roccat.

“In one way I felt happy but more [than that]—I felt relieved,” Profit said. “At first we had a lot of in-game problems and mental problems but our team and our coaching staff helped us get better. Everyone [at NiP] know how to win the game so we have high confidence [moving forward] which will be a good advantage to us.”

With just two games left, NiP obviously have a lot to play for. Profit and the team will have to work hard to avoid relegation against some of the EU Challenger’s biggest teams and defend their EU LCS slot.

Profit believes the team has what it takes and is looking one step further. “For now, I want to succeed [and] defend our [spot at] relegations,” he said. “For the future, I really want to try and go to the world championships.”

NiP are doing everything they can to stay in the EU LCS. If the team continues to showcase the skill NiP displayed against Roccat, they just might have a chance.