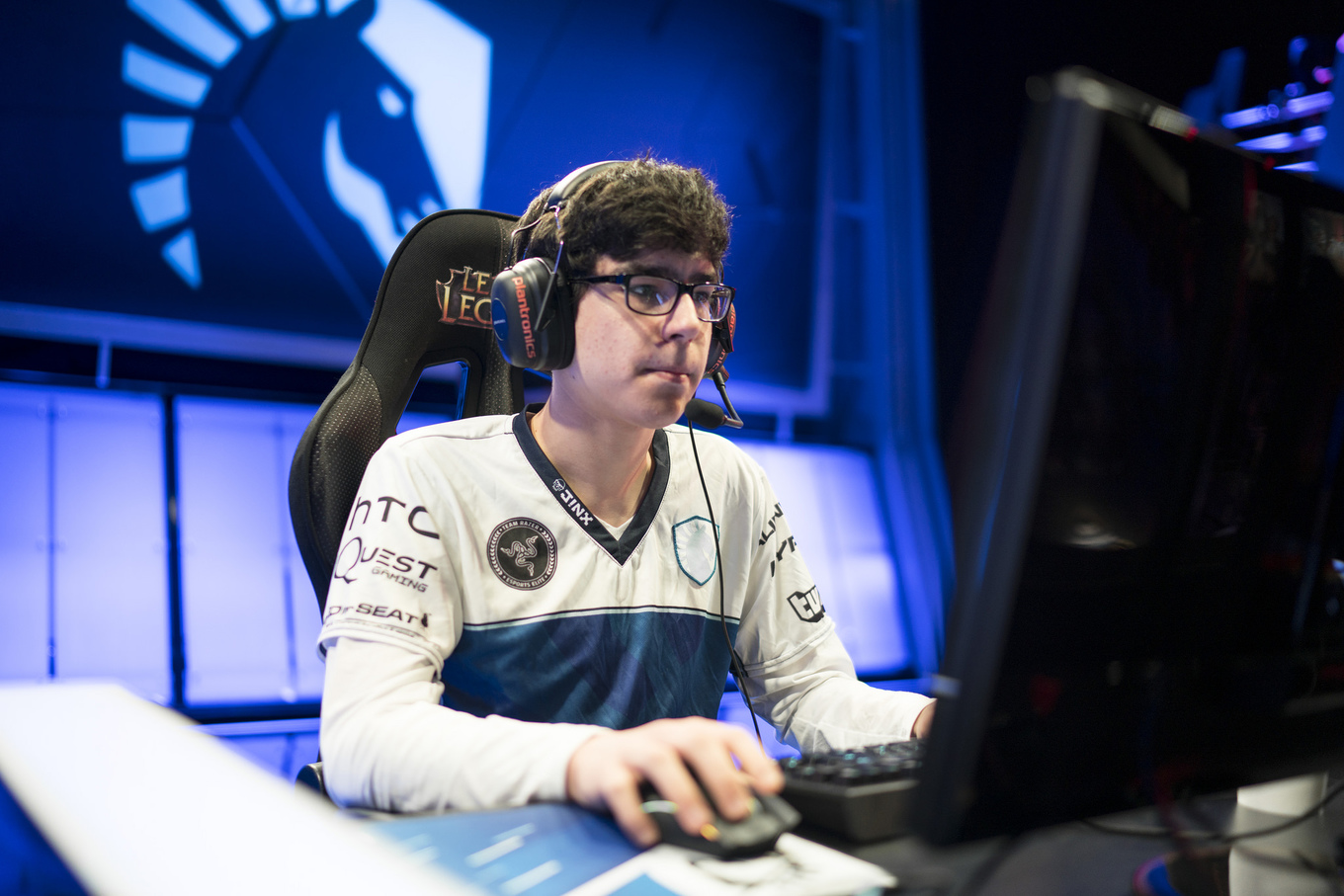 The defending NA LCS champions are in the basement while two upstarts are flying high.

The success of newcomers Apex and EnVy combined with a slow start for Counter Logic Gaming in week one of the NA LCS set the tone for what promises to be an intriguing split. With a nerf-heavy patch crippling several champions in the meta, week two is sure to bring its own set of surprises.

Here are some of the major plot points as the teams return to the Rift this weekend.

Apex won their way into the NA LCS through the summer promotion after placing first in the Challenger Series spring split. Team EnVy pulled together a roster just weeks ago after buying the LCS slot Renegades was forced to vacate due to a Riot ban.

Both squads are 2-0 after week one.

Apex took down defending champions CLG, winning the series 2-1 on the back of two strong performances from top laner Jeon “Ray” Ji-won on tank Fizz.

EnVy swept Liquid, last season’s fourth-place finisher, with all five members looking strong and surprisingly cohesive for a team that has been together for less than a month. Rookie ADC Benjamin “LOD” deMunck finished the week with a league-best 15.7 KDA.

Only one of these newcomers will have the opportunity to remain undefeated after week two since they face each other Friday night. Apex also has a tough followup match Saturday against Team SoloMid, who looked unstoppable in week one.

If EnVy gets by Apex, they face a beatable Phoenix1 squad on Sunday. With an exciting roster and strong start, EnVy could quickly turn into a fan favorite.

No one should be shocked at the other two undefeated teams—Immortals and TSM.

Immortals is looking for a second consecutive dominant season after finishing the Spring Split 17-1. They opened with a 2-1 win against Cloud9 in a series that was a bloodbath at times.

TSM swept through two of last season’s top teams with wins over CLG and Liquid. New support Vincent “Biofrost” Wang looked like a strong addition, playing four different champions in each of TSM’s wins. Top laner Kevin “Hauntzer” Yarnell showed why Ekko badly needed yet another nerf, with a combined 15/1/13 in two games.

Immortals and TSM face off Sunday. If TSM can get through EnVy, it would likely set up a showdown between 3-0 teams as Immortals opens the week with a relatively easy match against NRG eSports.

With a reputation as a perennial fourth-place finisher, Team Liquid pulled a surprise move when it suspended its talented young jungler Joshua “Dardoch” Hartnett a week before the summer season kicked off due to “insubordinate behavior.”

Dardoch was named last season’s Outstanding Rookie, but apparently he couldn’t get along with coach Yoonsup “Locodoco” Choi during the team’s pre-season bootcamp in Korea.

After progressively worse defeats in each of Liquid’s first three summer games against EnVy and TSM, Liquid subbed in Dardoch for game two against TSM. Dardoch immediately busted out Lee Sin and showed the sick mechanics that propelled him to prominence, but ultimately it was not enough to get past a cohesive TSM squad.

Locodoco has said that Dardoch will now finish the split as a starter for Liquid. The team looks to regain its form this week against CLG and Echo Fox.

CLG looked nearly unstoppable at last month’s Mid-Season Invitational, succumbing only to defending world champions SK Telecom T1 in the finals of the tournament. Despite keeping their entire roster in tact, the momentum didn’t carry over to the summer split, as CLG went 0-2 against TSM and Apex.

Perhaps the shorter break from competing in MSI combined with less time to adjust to newer patches set CLG back. Coach Tony “Zikzlol” Gray said the team was “out of form” and described the week one performance as “sloppy.”

Gg to @TeamSoloMid, we had really sloppy play today and we are really out of form currently, but we’ll get there. #CLG

The defending NA champions will look to rebound in week two against a struggling Team Liquid and a C9 squad that’s trying to gel with its overhauled starting lineup.

A majority of priority pro champion picks took various nerfs in patch 6.11, which could further open up the pick ban phase.

Azir, Ekko, Kindred, Lucian, Maokai, Nidalee, Ryze, and Swain all took a hit in 6.11, some harder than others. If the week two EU matches were any indication, Ekko and Lucian may have been the biggest losers. Ekko disappeared completely from the EU meta, while Lucian made only one appearance.

Without Ekko, the top lane has opened up a bit. Tanks like Maokai and Trundle are still popular, but fighters and split pushers are increasingly viable. Irelia made several appearances in the EU matches, and we even saw some Illaoi.

Conversely, Ryze was banned in all 10 EU matches on Thursday despite damage reduction and cooldown increase.