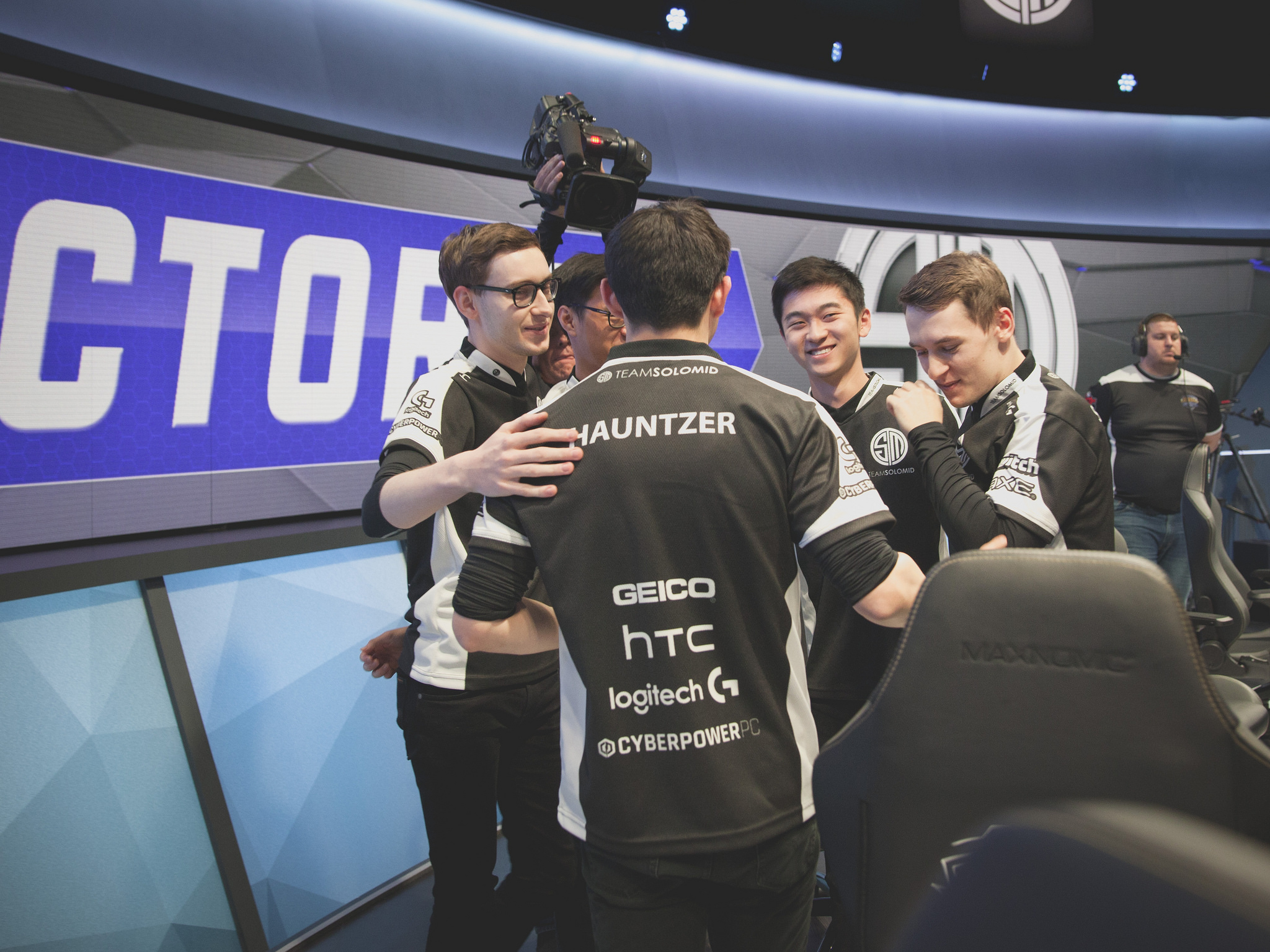 TSM and Team Liquid are historically two of the top teams in the North American League Championship Series. But both have struggled this year compared to their own standards. TSM has a far superior record, but has struggled to close out series. Liquid is still trying to find itself and pull back into playoff contention. On Saturday both found themselves in a big hole, turned things around, and managed to come out on top.

For TSM, even though they are built around a star in the mid lane, top lane would prove crucial in their series with CLG. The games went the way of the top laners.

This should have been a relatively straightforward TSM win on paper. CLG is not to be trifled with, but was sporting a 1-3 record and looked lost in the macro game. Notably, top laner Darshan Upadhyaya hasn’t looked like himself in months. Nominally a lane bully and a threat to split push all the way to the opposing inhibitor, Darshan has fallen off dramatically in a tank meta.

It was a bit of a surprise then when Darshan went off in game one. First he extracted Kevin “Hauntzer” Yarnell’s flash in a one-versus-one scenario. That would attract jungle attention from CLG’s Jake “Xmithie” Puchero. TSM jungler Dennis “Svenskeren” Johnsen actually met Xmithie in the bottom side jungle and seeing his CS count, pinged his expected path. Svenskeren then made a beeline to top side to help protect Hauntzer, but instead it was Svenskeren who was caught for First Blood to CLG.

To add insult to injury, Xmithie stayed around the top lane, waiting for both top laners to recall and teleport back. Now without both summoners, Hauntzer was an easy target. Killing a laner after he just TP’d is the most back-breaking of moves, and for CLG, broke the game wide open. Darshan was unstoppable and the team rolled to a quick victory.

Needing a response in the top lane, TSM were gifted Camille with the first pick in the draft. Hauntzer would make good on the champion, using her ult to trap Darshan under the allied turret. It was TSM’s turn to snowball, and they finished even faster than CLG did in game one.

Game three’s outcome was again influenced by the top lane. First, Hauntzer walked out of an aggressive play by Darshan, both burning flash. But this time it was Darshan who was ganked after TP’ing back, with Svenskeren sneaking into the bush and catching him for First Blood.

That gave TSM two winning lanes, Hauntzer’s and Bjergsen’s (on Azir). Bjergsen’s made the most out of Azir’s damage, zoning, and escape tools in several mid and late game teamfights, dealing insane damage and surviving with slivers of health. Those fight wins gave TSM enough objective control to close out a testy series.

The last series of the day featured a desperate Team Liquid side against an Echo Fox team trying to prove they can make the playoffs. Desperation might have turned to despair for Liquid in game one after top laner Samson “Lourlo” Jackson and jungler Kim “Reignover” Yeu-jin walked into a death brush at level one.

Lourlo gave up his flash, died anyway, and top lane was lost. Things went from bad to worse when Reignover attempted a dive on a level six Maokai.

It’s become clear that Reignover’s preference to gank top side is just not working for Liquid. Sure, he showed bot before the botched dive, but the only hope this Liquid side has a chance is if Piglet can get ahead. He may be playing utility ADCs in this meta, but he’s still their best shot. Liquid need to get more creative in finding ways to help Piglet—that help is clearly not going to come from a solo lane.

In game two, Liquid made good on that by rotating nearly the entire team to the top side after the first recall. They prepped large wave and took down two turrets without a response from Echo Fox. That gave Piglet a lead and kept Looper occupied, reducing the significance of his top lane Shen. Of course, Liquid would take forever to close out the game, misplaying several sieges against the near-impenetrable wave clear wall of Henrik “Froggen” Hansen’s Anivia. It wasn’t a victory to feel good about, but it was a win.

Any good feelings they did create would not last long. Game three turned into a show for Echo Fox’ rookie jungler Matt “Akaadian” Higginbotham, who is having a banner year. All his moves paid off and the lead would eventually grow to seven kills against two.

How on earth would Liquid come back from this? Throws. So many times this year, Echo Fox has built leads but been unable to finish, and this was another one of those games.

They tried to sneak a very early Baron. Liquid sniffed it out, Echo Fox stubbornly rushed it anyway, and Liquid mopped up in the pit. Next, Echo Fox secured a clean cloud drake but inexplicably backed through the mid lane, right where Lourlo had channeled his TP. Fox completely failed to account for where Liquid was grouping and where their vision (and TP wards) likely was. Another near-Ace for Liquid.

The nail in the coffin was an overstay in the top lane, where Echo Fox took the Realm Warp in and stubbornly tried to engage on anyone. They baited themselves into a horrible spot despite getting chunked, missing the Varus ultimate, and having multiple chances to back out. Looper completely abandoned his back line, leaving them vulnerable to Lourlo and Reignover. It was a complete teamfight disaster.

Like TSM, Liquid found themselves in a long, tough series. They got the victory, but still have a lot to work on.