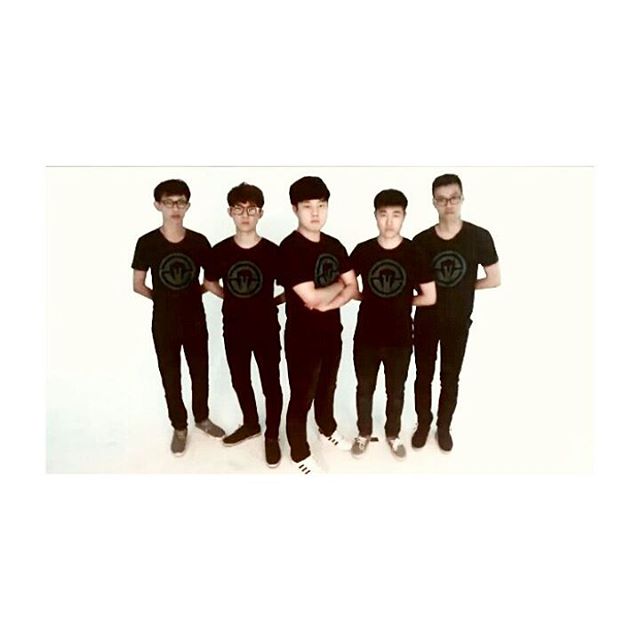 The off-season that lead to the 2016 Spring Split has seen a lot of change come to the landscape of competitive League of Legends. We’ve seen venture capitalists and seasoned veterans of the sports world alike enter the fray as well as brand giants switch sides. When the dust settles at last, we may have one of the most competitive splits in the history of professional League of Legends. With several new franchises entering the North American league, it can be a challenge to figure out where the power lies in the region. In no particular order, here is a breakdown of what these new teams bring to the table, and who to watch out for.

A look at the venture-capitalist funded Immortals roster may cause some to think that none of its members are anything special, save some stand-outs on other rosters (here’s looking at you, Huni). This solid roster won’t have the same issues with communication that other teams with Korean imports are prone to, due to Huni and Reignover’s excellent English which was showcased many times last split. Players like Pobelter, Adrian or Wildturtle may be considered by some people as non-threats, but these people fail to realize that the previous rosters they have played on contained one or more carry threats that took precedence, such as Bjergsen, Doublelift, Darshan (Zionspartan) or Rush, which necessitated a more reserved, or secondary, playstyle from these players. However, they have all had standout performances and can carry their own weight. All-in-all, this roster has the groundwork to create a solid team. If they come prepared with communication and a team-oriented play style they could make it to playoffs, maybe even into the semi-finals.

A team that you might affectionately refer to as Korea’s summer home, may not fill potential fans with hope and passion, but a look at the roster will bring those feelings coming right quick. The Korean solo-lane powerhouses former Jin-Air Greenwings’ GBM, and former World Champion SKT T1 K’s Impact bring a lot of pressure and carry potential to the North American LCS. Impact’s stellar performance last split, holding the title for the top KDA and GPM in his role, speak for his ability in the region, and GBM had a pretty solid last split in the LCK, holding the most average gold, as well as the third highest KDA in the league for his role. Next up comes Altec. Largely considered to be one of the most consistent North American AD Carries, Altec boasted the second highest gold per minute, and the highest total gold in the entire North American LCS. Moon, a jungler of renown in the Challenger series, has been on teams like Frank Fang Gaming, and Team Imagine. Moon has shown that he can completely dominate games, ending week 5 of the Challenger series with a 12 KDA. Last but not least, KonKwon, a support whose play on team Coast has made waves in the Challenger scene, falls second only to Renegades’ Remilia in KDA, GPM, and total gold in the summer playoffs. This roster is a bit untested, with players like Moon and Konkwon who have yet to play many games on the professional stage, but it is balanced out with long-standing veterans in GBM, Altec, and Impact. However, for this team to succeed and to have any hopes of making a playoff run, look to the solo lanes to get a lead and snowball it into a victory. Altec and Konkwon are good, but we don’t know how this duo will stack up to some of the other very talented duo lanes, whereas GBM and Impact have years of experience and proof that they will be a force to be reckoned with in their lanes. If the bottom lane duo can stay safe, then expect Moon and the solo lanes to knock down towers and their competition in the process.

There was little surprise when it was announced that ex-NBA star Rick Fox would be purchasing an LCS slot with intent of creating his own team and franchise for $1 million. Fox had made comments in defense of eSports for many years, on The View and even in interviews with fellow League enthusiast Gordon Hayward of the Utah Jazz on Basketball programming. Echo Fox, however, is a sad trope that we seem to see repeated throughout the years: Froggen and the Guys. Yes, once again the mid-lane powerhouse is on a team with players that are either seen as mediocre or just brand-new, but this time there is a difference. While, admittedly, there is a lack of star-power that is found in other rosters like NRG or IMT, this team definitely has potential. One cause for concern that some cite right off the bat is KFO, an untested rookie top laner from Korean Solo Queue that is coming over to compete in his first ever competitive split. A familiar story of course, but KFO has already given some people cause to believe. There have been videos of the player manipulating waves perfectly and even solo killing Faker in laning phase. KFO’s understanding of wave control and how to use a small opening in a lane to snowball ahead in kills, gold, and experience can help give him the success he needs to make his name known in the North American region. Other players like Hard or Keith might make some people nervous, but both of these players have had chances to grow and develop. Hard was a substitute jungler for Cloud9, and we know that C9 has used many resources to give their challenger team, Cloud9 Tempest, a proper boot camp and repeated trainings, which means Hard has likely learned a lot from talented players like Meteos, Hai, or Lemonnation. Keith, as many know, has already proven he can go toe-to-toe with the pros of the LCS from his time on Team Liquid and Team Solomid. In the end, this team will largely depend on Froggen and KFO getting a lead in the early game, and doing a ton of damage while Big sets up Keith to clean up.

Renegades. The hype train that they hopped on and took over has yet to stop rolling. This team has been hailed by many to be the next big team to break into the LCS. The team is lead by veterans Alex Ich of Gambit and Moscow 5 fame, and Crumbz, former jungler for team Dignitas. Freeze, a stand-out AD Carry who played for the Copenhagen Wolves last split, has also moved over to the North American LCS to try and take Sneaky’s title for best Draven NA. The team does have it’s rookies though. RF Legendary and Remilia have yet to make names for themselves, but both showed promise in the Challenger series summer playoffs. Both of these players have shown their strengths, however, Remilia especially can be subjected to target-banning which, as far as we know, could leave the team crippled with a member performing at an atypically low level. For this team to succeed, it will be Crumbz and Remilia controlling the map early, keeping RF safe, while setting up Alex Ich and Freeze to take towers and take the game. With RF and Remilia on engage champions, look for Crumbz to play champions with excellent follow-up crowd control and damage such as Elise or maybe even an Kindred pick. All in all, a team that has a good mixture of star power and well-rounded play will help propel this team upward.

The North American LCS is looking to be a league with very few weak points. Hungry new franchises entering the scene will be coming in with infrastructure and drive to take their place and make their mark. Hope you’re ready for a wild ride, filled with upsets, stomps, and great League of Legends play.