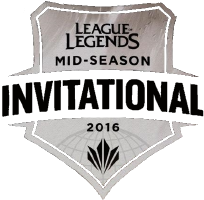 On wednesday May 4th the Mid Season Invitational (MSI) begins, and during my research for a video I came across some stats. The video never ended up happening, so I thought I’d share my stats in an article instead.

MSI has 6 teams competing again eachother. Éach of the “invited” teams is there because they won their region’s playoff, and get to represent them at this tournament.

From the NA LCS we have Counter Logic Gaming

From the LMS we have Flash Wolves.

From the EU LCS we have G2 Esports.

From the LPL we have Royal Never Give Up.

From the LCK we have SK Telecom.

Finally a spot is given to the winner of the International Wildcard Invitational which this year was the turkish team SuperMassive.

CLG was founded in april 2010, and have been a part of all six seasons of League of Legends. Their more recent merits include winning two consecutive splits in the NA LCS, this one and the last, which qualified them for the 2015 World Championship.

CLG qualified through the NA LCS, which is played in the format of BO1 Double Round Robin. The top six teams qualify for playoffs, with the top two teams given a bye to the semi’s, and all games are BO5. CLG finished 2nd in the regular split with a 13-5 record. In the Semifinals they faced off against Team Liquid who they beat 3-2, and then in the finals they reclaimed their title with a 3-2 victory over TSM.

CLG has played a total of 28 games this season.

Flash Wolves first got their start back in 2013, and have been a top three teams in all the regional splits they have participated in, and finally won this years Spring playoffs. They qualified for the World Championship for the first time last year in Season 5 and ended their run in the quarter finals.

Flash Wolves qualfied by winning the LMS. LMS is played as a double round robin BO2, with the top four teams qualifying for playoffs. A 2-0 win gives you 3 points while a 1-1 draw gives each team 1 point. Flash Wolves finished the regular split in 2nd place with a record of 9 wins, 2 ties and 3 losses. In the playoff gauntlet they beat Machi in the semi’s 3-0 and AHQ in the finals also 3-0.

Flash Wolves has played a total of 34 games.

G2 was founded by Ocelot back in February 2014. They finally qualified for the LCS this split, and managed to turn their rookie split into a 1st place finish.

The EU LCS is played in a similar format as the NA LCS, with a double round robin BO1 and the top six teams go to playoffs. The top two teams get a bye to the semifinals. G2 finished their first split in first place with a 15-3 record. In the semifinals they beat out the reigning champions Fnatic 3-1 and in the finals they also beat their opponents, Origen, 3-1.

RNG traces all the way back to 2012, and reached the finals of the world championship in season 3 and 4. This split was their first LPL title though.

The LPL is played with two divisions of 6 teams. Each teams plays a Double Round Robin BO3 against the teams in their own divison, and a Single Round Robin BO3 against the teams in the other division. Top four in each divison qualifies for the playoff, with the winners getting a bye to the semifinals and the second place getting a bye to the quarter finals. RNG finished the regular split first in their division with a 13-3 record. In the semifinals they beat WE 3-2 and took out EDG in the finals with a 3-1 victory.

RNG has played a total of 47 games.

While SKT the esports organisations goes all the way back to 2002, they first entered the League scene in 2012. They won both of the world championships that they qualified for in season 3 and season 5, and this split was their 5th LCK and Champions title.

LCK is played as a Double Round Robin BO3 with the top five teams going to playoffs. SKT finished the regular split in 3rd place with a 12-6 record. In the playoff gauntlet, they first beat Jin Air 3-1, then KT Rolster 3-0 before taking on the ROX Tigers in the finals. They were able to win 3-1 in the finals and qualify for MSI.

SKT has played a total of 52 games.

SuperMassive was created in the beginning of 2016 and competed in the Turkish Champions League Winter, where they finished first and got a spot in the IWCI.

The IWCI is the top teams from the remaining regions playing a Round Robin BO1 group stage, with the top four teams going to the BO5 bracket play. SuperMassive finished first in the group stage together with Hard Random and INTZ e-sports. They won over them in the tie-breaker match to get the first place seed. In the semifinal they won 3-0 against Saigon Jokers, before meeting Hard Random again in the final, taking the longest straw again with a 3-1 win.

They have played a total of 46 games this split.

These are the six teams competing at the MSI this year. I hope this gives a bit of an overview on the teams participating. Enjoy the tournament.

A shoutout to Esportspedia and Oracle’s Elixir for information on the teams and stats about the players.