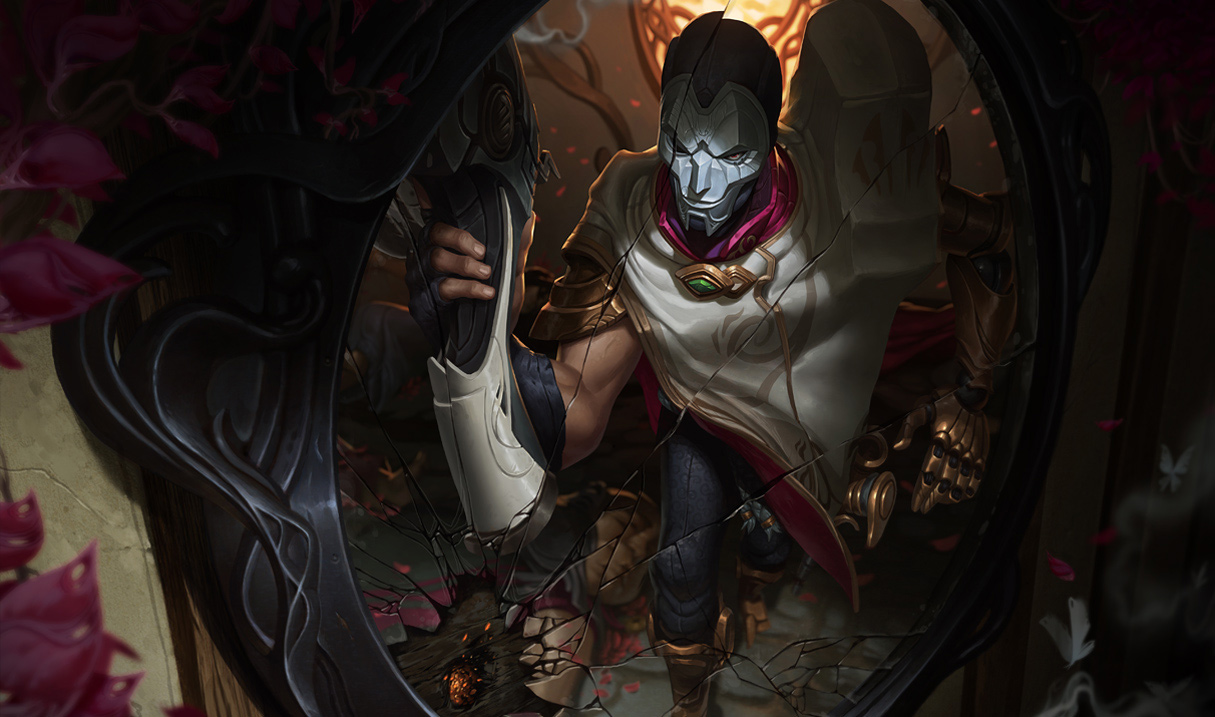 We’ve all been in this terrible situation. You’re in a one-on-one duel of the fates against the enemy Jhin, you have a ton more health left than him and your Infinity Edge has you one hit away from taking him down—and then suddenly, you’re dead.

What you just witnessed was Jhin’s nightmarish fourth shot, the auto-crit execution shot that deals so much damage to a low health squishy target that you’ll be dead before you can blink. It catches the best of us off guard from time to time. But remember, when he starts twirling his gun, it means his fourth shot is ready, and you better run.

Now imagine every single Jhin auto attack being a fourth shot. You can’t run from it, you can’t outplay it, you can only hide. The latest hilarious League of Legends bug causes him to be permanently stuck in his fourth shot mode, and it’s just as frightening as you’d expect.

Apparently, when this bug occurs, Mordekaiser kills Jhin with his ultimate ability applied to him. Jhin is revived to fight for Mordekaiser with every attack being his auto-crit execution fourth shot.

Mordekaiser is no stranger to bugs. Last week when Ornn was released, Morde had to be disabled, because every time he ulted Ornn the game completely crashed for all players. This isn’t quite as literally game-breaking as that—but it’s equally as frustrating or hilarious, depending on which side of the bug you’re standing on.

The bug reportedly hasn’t been fixed quite yet, but Riot is usually pretty good at squashing these things when they gain some traction. So, if you experience this bug in a game you play, be sure to let Riot Support know to get it patched up as soon as possible.

Until then, if you see a Mordekaiser on the other team, for the love of Demacia, don’t lock in Jhin.