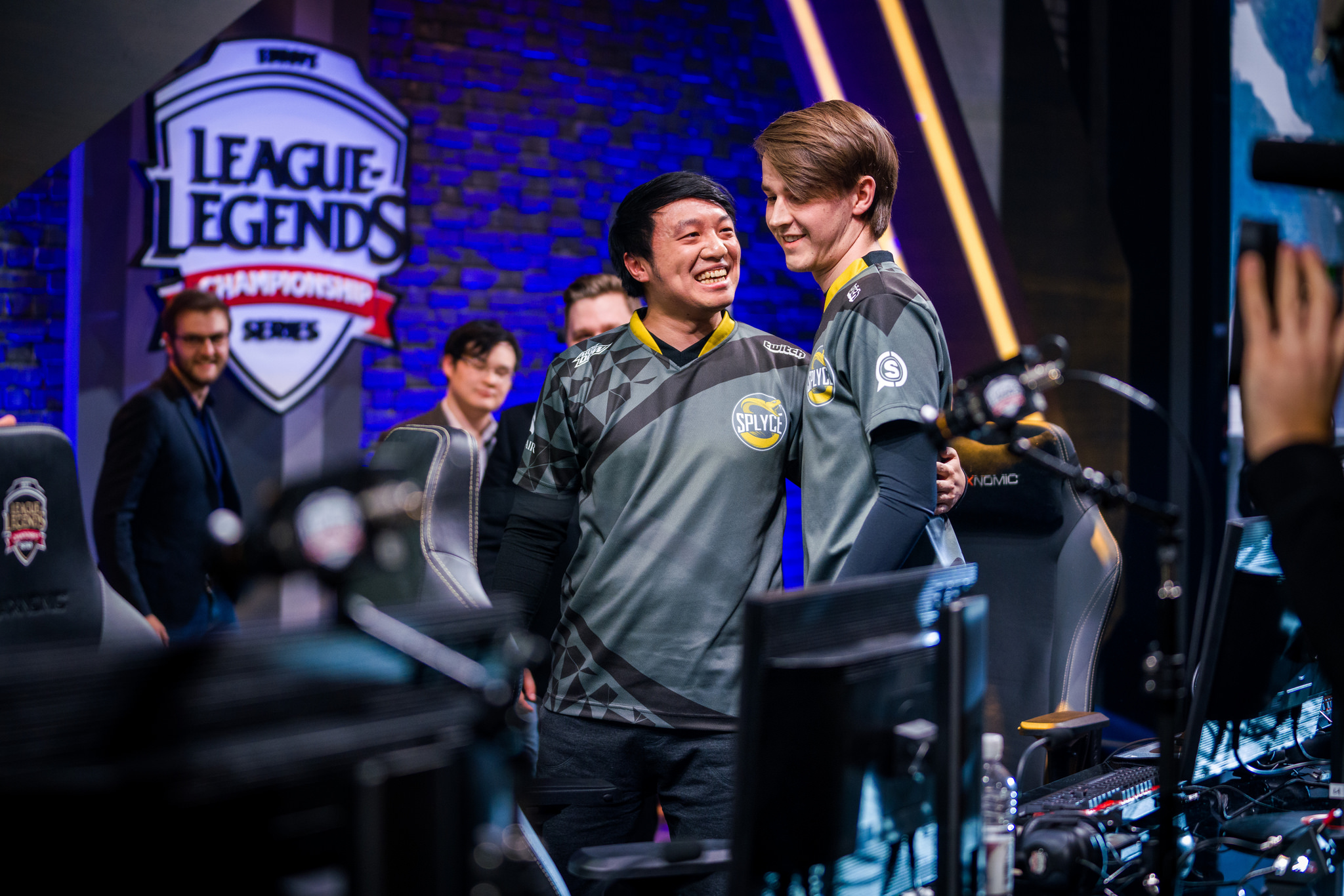 Misfits takes on Splyce in a week eight match-up that could have huge implications on seeding for playoffs.

Splyce come into the game on a hot streak, having found their form over the past few weeks, meanwhile Misfits have struggled to find consistency in their play.

At the start of the split both of these teams seemed to be on similar trajectories and had comparable results through the first few week. They struggled to find consistency as they continually lost one and won their other game during any given week. Splyce seem to have found their rhythm recently as they are currently on a three-game win streak.

Splyce started the split with a brand new roster, where only Andrei “Odoamne” Pascu and Raymond “kaSing” Tsang were former teammates. The team’s struggles stemmed from their early game weakness but they were able to win a few games because of late game shot-calling and individual skill. Odoamne in particular was having a tough time and his numbers were less than stellar during the start.

Odoamne has come into his own and has found his form from past splits, when he was a force to be reckoned with in top lane. The team has made less early game mistakes, which has also helped Odoamne succeed in the top lane. Misfits have also fixed some of their mistakes, but other errors in their play have popped up.

Misfits’ struggles come from one of the two roster changes they made during the offseason. Their new mid laner Chres “Sencux” Laursen has yet to look comfortable on his new team and Misfits have not found the right way to play around him to make him shine. At the start of the year Misfits would typically go behind early, but in the games they won, the team would make a monstrous comeback to take the victory.

Over the past few weeks the roster has gotten better at the early game but now it’s their late game that has become a problem. For whatever reason, the team cannot find their win conditions after grabbing an early lead. Their inconsistency has plagued them the entire split. Some games they look like world beaters while in others they look helpless. This was exemplified last week when they beat the number one team in Fnatic on the first day but lost to last place H2k the next. Their late game weakness was on display in the reverse fixture of this match-up.

Misfits and Splyce last played each other in week three of the current split, with Splyce taking the victory despite being down 7,500 gold by the end of the game. Misfits used their Tahm Kench pick to great effect in the early game by using his ultimate to rotate around the map and take down objectives. But at the end of the game it was Splyce’s support Zilean that lead the team to victory. Zilean’s Time Warp sped up his carries to keep them out of danger in fights and to chase down kills. Splyce’s hyper-carries in Tristana and Corki benefited greatly from this ability.

Since the two supports played such an important role last time around, that is the match-up to watch for this game. Mihael “Mikyx” Mehle has played well this split and has been a solid foundation for Misfits to play off of. He has the highest wards placed and cleared per minute among all supports but he also has a high share of his team deaths meaning sometimes he is too aggressive or caught out of position. KaSing has the highest KDA among supports and has done a good job facilitating his carries to play well.

It is tough to predict the outcome of this match-up because nobody knows which Misfits will show up on the day, whether it be the squad that beat Fnatic twice or the team that has lost to bottom teams H2k and Schalke. Splyce will need to prepare for either side of Misfits and come out strong if they hope to take the win.

Misfits and Splyce will play on Mar. 9th at approximately 1pm CT.