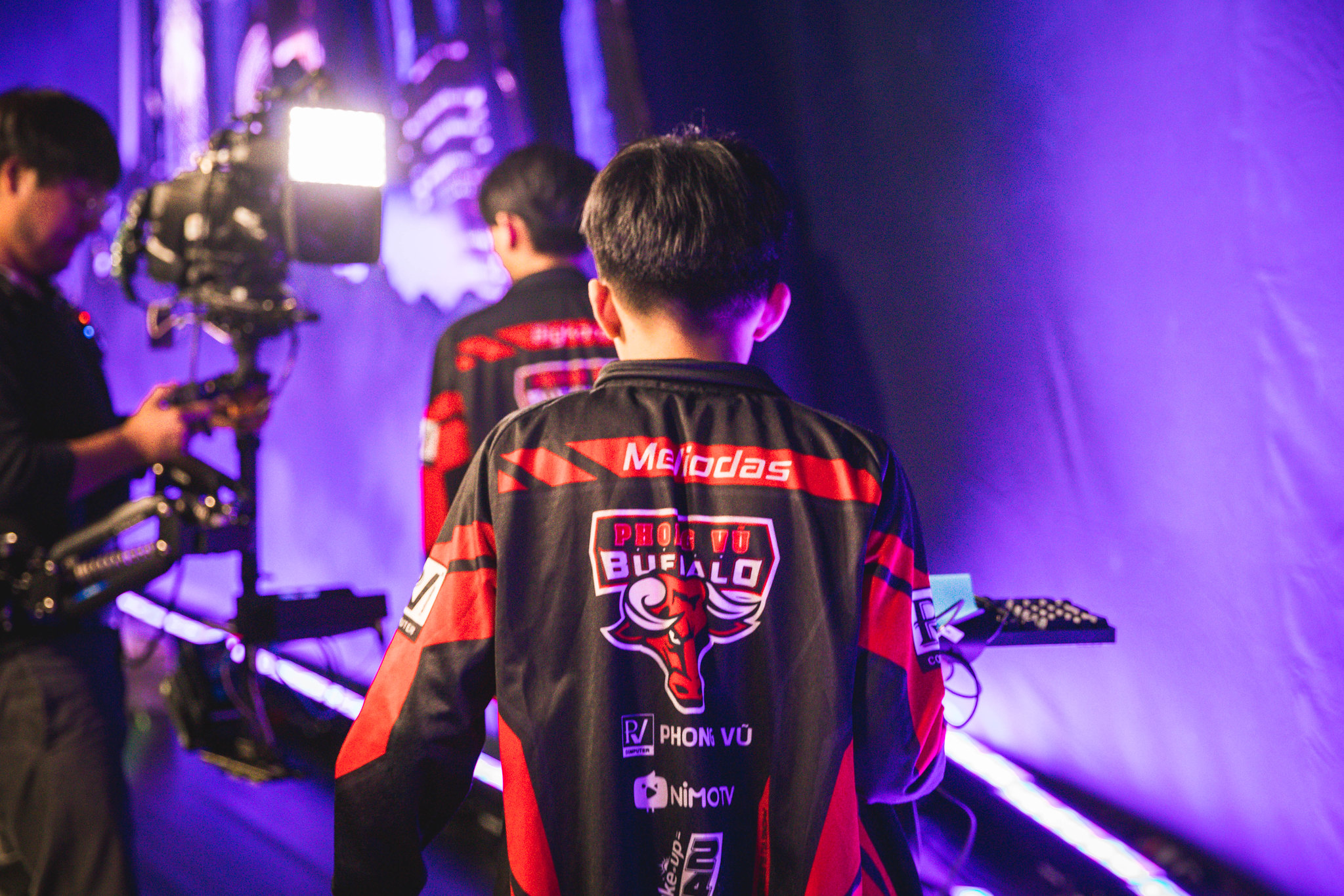 Vietnamese teams have become known for fast-paced, aggressive, and innovative strategies at international events. It all started a few years ago when GIGABYTE Marines pioneered things like Nocturne funnel.

Phong Vũ Buffalo, this year’s Vietnamese representative playing on home soil, haven’t been quite as spicy. They’ve still been a ton of fun to watch and their games typically feature a slew of kills. But overall, they’ve played a more standard style. At least, they were until jungler Hoàng “Meliodas” Tiến Nhật pulled out Kayn against SK Telecom T1.

Meliodas has been one of the stars of the tournament, doing his damnedest to keep his undermanned squad competitive against the other teams. PVB struggled when he was out sick at the start of the main event, but have pushed even the best teams to the brink with him in the lineup.

With that success, SKT weren’t going to treat him lightly. They let him take his farm on Kayn but played defensively in the side lanes. SKT jungler Kim “Clid” Tae-min even ran from his red buff to bot lane at level two just to prevent any shenanigans from PVB.

With the Kayn controlled, Clid turned his attention toward the mid lane where he and Lee “Faker” Sang-hyeok ran over the game. Dives, ganks, and counterganks all went to the side of SKT, and soon, the team had a 10,000 gold lead before Baron even spawned.

More importantly, PVB were denied crucial power spikes, including the Kayn transformation. Kayn is a fun champion when given some resources, but from behind, he’s brutal to play. SKT won easily to qualify for the playoffs alongside Invictus Gaming and G2.

Still, PVB have had a decent tournament by the standard of international teams. They’re probably going to end in last place, but their games have had more flavor than those of the two teams ahead of them, Team Liquid and Flash Wolves. With just a day left in the group stage and nothing to lose, let’s hope for some major surprise picks in their games tomorrow.