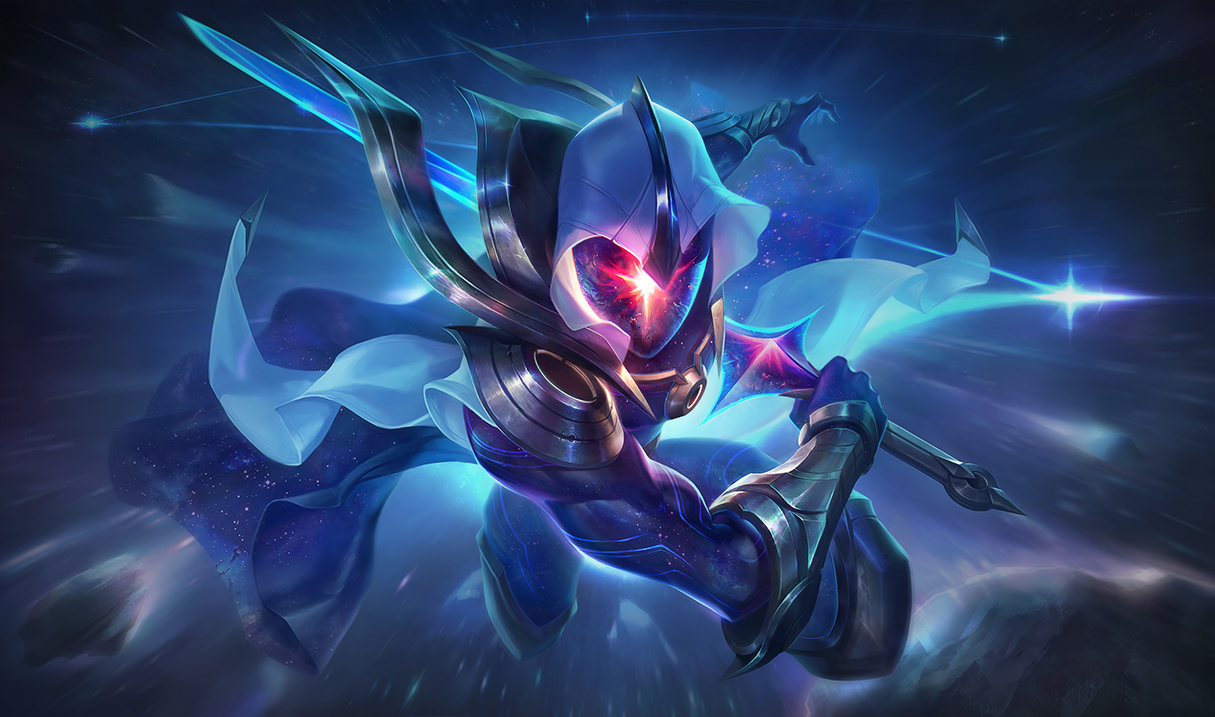 Everyone’s favorite basic-attack-bots in League of Legends, Master Yi and Tryndamere, are being prepped for buffs to ship with Patch 8.2, according to Riot’s post on the official game forums yesterday.

News of Riot’s plans to buff these champions is a little odd, considering a couple facts. Firstly, Master Yi is performing well enough. He has a slightly less-than-average winrate of 49 percent, according to League stats site Champion.gg, but his playrate is a high six percent to compensate. He has several options with the new runes, like Press the Attack, Lethal Tempo, Phase Rush, and Fleet Footwork, each of which make him feel stronger than he was prior to the preseason.

He succeeds in very clear scenarios—typically, when the enemy team lacks hard crowd control to lock him down easily. Likewise, he has very clear counters in hard crowd control comps. All in all, that’s a very reasonable place, and unlike Tryndamere, his abilities all feel unique and meaningful. He seems to be in a good place. A slight buff, maybe to his base AD or a cooldown buff to his W or E, should be plenty to bring that winrate up half a percent or so.

The second reason these buffs seem a little unnecessary is Tryndamere himself. As a champion, he feels fundamentally broken. We don’t mean “so OP rito pls nerf” broken, either, we mean the mechanics and details of his kit are simply broken. Trynd’s entire kit revolves around his passive abilities, which boost both his AD and crit chance. Compared to his passive abilities and his spin, the rest of his kit feel much less important, resulting in an uninspired and boring playstyle.

Most champions, especially those that have been reworked recently like Evelynn, Urgot, and Sejuani, are supposed to feel fully fleshed out—like a complete mix of abilities and passives that all feel good to use in a fight. Master Yi has this down pat, but Tryndamere is a glorified minion. All of his damage comes from basic attacks and his abilities are all designed to simply get him in range to land more basic attacks. His ultimate ability and heal are designed to keep him alive long enough to land more basic attacks.

You get the idea.

If Tryndamere’s only damage source, his basic attacks, are buffed in any way, he becomes too difficult to deal with. When a champion’s damage comes from a single source, it’s very tricky for Riot to balance them without making them way too OP or utterly useless (looking at you, Azir).

Tryndamere is the epitome of this dilemma, and until his mechanics and fundamentals as a champion are fixed up, any buffs or nerfs that come his way seem like nothing more than band-aids trying to plug a leak in a dam.

Either way, the buffs for both of these lads should be hitting the PBE for testing as the Patch 8.1 cycle draws to a close in the next couple of weeks.