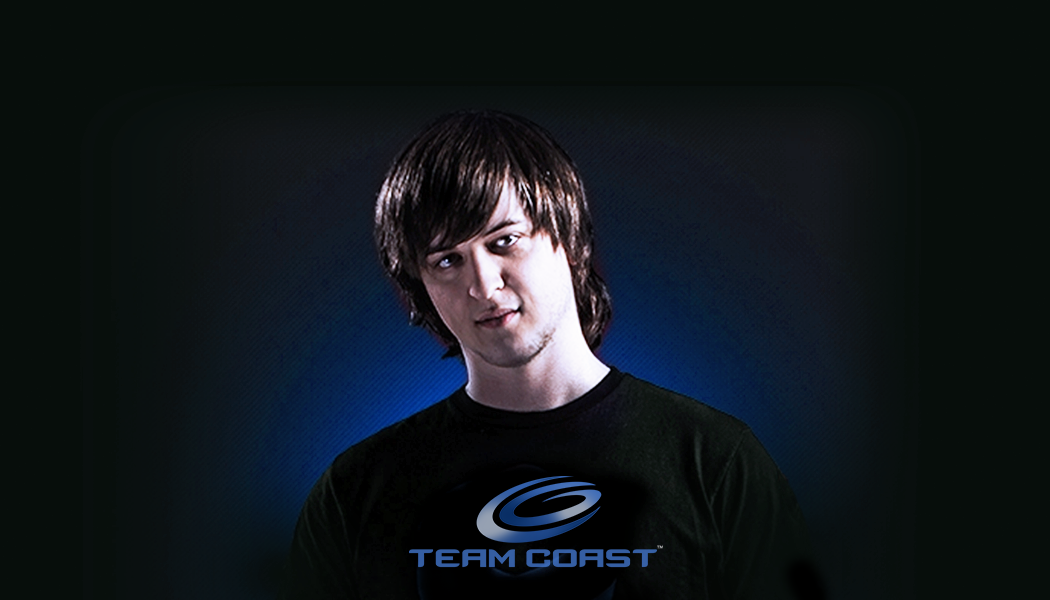 To many fans, the addition of Zach “mandatorycloud” Hoschar to Team Coast may seem rather binary. The conventional logic is that if mancloud is able to re-discover the form that once made him the best mid laner in North America, this will be a great pick-up for Team Coast. If he fails to attain that level again, mancloud will only be, at best, a marginal improvement to newly benched mid lane Jesiz if not a notable downgrade.

In many respects, this surface analysis does have its merits. It isn’t Season 3 anymore and fans who followed mancloud’s play during his stint on Curse Academy must have been terribly disappointed. The former master of the solo kill was a shadow of his former self, and he was eventually removed for Oceanic mid laner Keane. While mancloud’s attempts to form his own team saw better individual play, his failure to qualify for even the Challenger series does not bode well for the former superstar. That being said, the addition of mancloud can possibly propel Team Coast to a play-off berth.

The addition of mancloud to Team Coast is an intelligent gamble for organization that has been frequently criticized for their hasty roster decisions. One of the most important things to note is that mancloud does not need to return to his former form for this to be a successful pick-up. Here’s at look at how mancloud’s remaining strengths may play a key role in diversifying a stagnant Team Coast roster.

The desire to kill

The most distinctive feature of mancloud’s gameplay is his desire to kill. In his prime, mancloud was an absolute killing machine capable of finding solo-kills in the laning phase and in picks. Not only does mancloud share the individual record for most kills in a split with Rekkles, but with a career 363 kills in 86 games, (4.22 career average) mancloud is still in the top 10 NA LCS kill leaders of all time even after missing over a split of playing time. We’re probably not going to see that mancloud in this split of the LCS, but many of the traits that brought him fame and glory in Season 3 remain and can still provide key help to Team Coast.

mancloud’s calling card was always his ability to score all-in kills. His ability to outduel even all-time great mid laners such as xPeke or dade was a testament to both his great mechanical skills and innate understanding of his and his opponent’s champion picks. During his stint in the Challenger scene, mancloud’s mechanically ability saw a dramatic fall from their former peak. Nowhere was this more apparent than his time on Curse Academy – his play on virtually every champion other than his signature Ahri had fallen off dramatically. This seemed to be the direct result of mechanical failings – mancloud would seemingly successfully identify situations where an all-in play was possible, but would fail to execute. His time on Storm saw something of a return to form, but may have simply been the result of weaker competition. In spite of his mixed results, it’s clear that mancloud has retained the intellectual approach that allowed him to rack up so many individual kills. A more nuanced approach to his former aggression may prevent some of the outright feeding that occurred in amateur games while still outputting significant mid lane pressure.

In addition, mancloud was (and remains) a very talented skirmish player. His ability to rapidly calculate damage output comfortably translates into 2v2 and 3v3 situations, and a big part of Vulcun’s winning strategies involved mancloud roaming on champions such as Ahri or Twisted Fate. Although mancloud strangely failed to synergize well with Saintvicious, another player who loves skirmishes, his continued attempts to roam on Curse Academy and Storm bode well for his time on Team Coast.

One of Team Coast’s biggest problems thus far has been the passivity and lack of lane pressure coming from mid laner Jesiz. On SK Gaming, Jesiz played along side four other players who generated significant individual pressure. On Team Coast, Jesiz’s passivity is a much more apparent weakness. While the evolution of Cris into a powerful top lane threat has already helped Coast into several mid game leads, the team’s poor mid-late game decision-making and teamfighting often means that Coast will require even larger margins of error. Even if mancloud is not able to become an early game threat in his own right again, the addition of a new roaming threat from the mid lane will both snowball Coast’s carries and help divert the other team’s attention away from counterganking Impaler.

Last of all, while mancloud generally has not found his old carry form, he is a player who always plays with the desire to carry the game. During the times that mancloud successfully snowballed in the amateur scene, he looked just like the mancloud of old, repeatedly killing his opponents in lane and roaming for additional kills. For an underdog team like Coast, it’s important to add as many additional potential threats as possible. Even 2-3 solo-carry mancloud games could boost Coast up the standings and help them avoid the dreaded 10th seed and automatic relegation.

Stacking up on strengths

As Kelsey Moser explains in this excellent article, teams that lack of talent can often upset more established squads by adopting a single strategy. While Team Coast often did adopt a single strategy, their simple tactics often revealed rather than hid their own weaknesses. The primary problems with Team Coast were the one-dimensional playstyles of many of their key players. (For those interested, I go into a more in-depth breakdown of Team Coast here.)

In short, virtually any competent analyst will be able to predict what team comp Team Coast is going to run in any given game. Cris will play a bruiser, Impaler will play an engaging jungler, Jesiz will pick a wave-clear champion, and the bot lane will try to pick strong laners who can snowball and carry. The problem with this is two-fold. Jesiz’s propensity for wave-clear mids does not synergize well with the rest of the team, which generally wants to score powerful mid-game skirmishes. Jesiz is currently a late-game teamfighting player on a team with no other skillful teamfighters. Secondly, while Mash and Sheep have the potential to become a very strong bot lane, they have thus far been unable to successfully snowball games for Team Coast due to the superior mechanics and synergy of their LCS-caliber opponents.

The addition of mancloud to the team will allow the squad to both diversify the nature of their compositions while emphasizing what was been their key strengths thus far. Coast has been quite skilled at getting early game leads and transitioning them into mid-game skirmishes. mancloud himself is an early and mid game player, meaning that the team’s strategies will now be much more cohesive. Cris, Impaler, and Sheep are all players who prefer to dive into teamfights or get picks, a playstyle that has historically fallen in line with mancloud’s own gameplay. (Historically, MashMe has also played very risky AD Carries that aim to get picks and individual outplays such as Vayne or Twitch.) While mancloud admittedly has never been a particularly great teamfighter (he would occasionally have moments of brilliance on Vulcun, but they generally won in the late game through picks or not at all) the marginal benefit of Jesiz’s teamfighting clearly hasn’t been enough to carry Coast to teamfight wins. It’s easy to imagine a new Team Coast that repeatedly either catches out opponents or groups up for mid-game skirmishes to great success.

In addition, the addition of mancloud will cover up Coast’s existing weakness in the pick-ban phase. Although Jesiz once had a fairly strong champion pool, nerfs to his beloved Ziggs and changes to some of his other prefered champions (such as Jayce) has left his champion pool looking very one-dimensional. The current pick-ban phase for Coast is extremely predictable, but mancloud has historically been known for his success on a wide variety of champions. His ability to play assassin picks such as Nidalee will already be a significant step-up from Jesiz. While he made his greatest fame on assassins like Ahri or Zed, mancloud has also always been a fairly strong mage player, and one of mancloud’s favorite pocket picks, Ezreal, is back in the meta. Simply being able to employ different styles of champions in the mid lane will play a big part in diversifying Team Coast’s strategies in a metagame that sees fairly standardized picks for every other role. One interesting point to note is that both mancloud and Jesiz have a propensity for Ahri. Thus far, Coast has enjoyed their biggest success on this champion, not just because of Jesiz’s good individual skills on that pick but because Ahri is Jesiz’s only champion that synergizes with the rest of his team’s dive style. By successfully incorporating mancloud, Coast will be able to compile all of their team member’s strengths into a single forte, a key aspect in any successful underdog team.

While a return to form would be fantastic for mancloud fans, the truth is that even if mancloud stays at his current level, this is a very intelligent gamble by Team Coast. It’s clear that things aren’t working right now and the addition of a player who both has individual carry potential and fits in better with the team’s primary strategies could prove key to Coast avoiding the dreaded 10th seed and maybe even snagging a play-off berth.