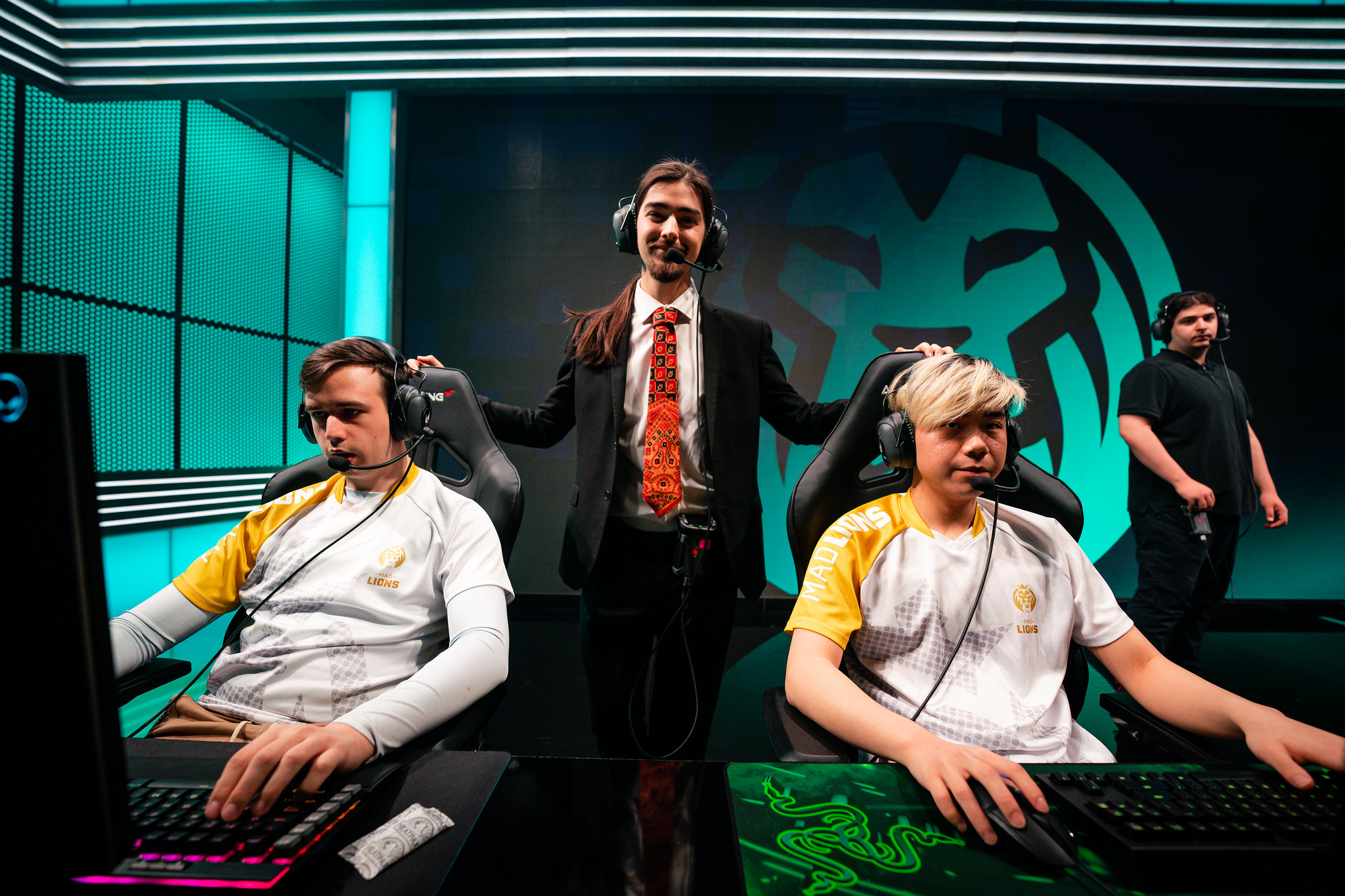 They might have stumbled a few times near the end of the season, but MAD Lions’ fiery young roster has finally locked themselves a spot at the 2020 World Championship after taking down a red-hot Schalke 04.

The team’s star jungler, Shadow, spoke to Dot Esports after the 3-1 series win about how the pressure he felt affected his play, their gameplan to neutralize Schalke, and his expectations for their matchup against Rogue and beyond.

The series actually didn’t start off all that great for MAD Lions—the team struggled in game one, but made some big adjustments for the rest of the day, mainly in their draft focus against Schalke’s aggressive jungler and crowd favorite, Gilius.

According to the 19-year old phenom, Schalke’s power relied a lot on playing around Gilius and his ability to carry. As a result, they aimed to pinch his champion pool in order to force him onto an uncomfortable pick. He also didn’t expect them to keep leaving Lillia open for him, since “she’s just broken.”

Shadow also pointed out that the pressure of the moment caused him to underperform a bit in the first game. He and the rest of his team quickly regained their composure, however, and executed their plan to perfection.

“I was a bit nervous coming into the first game because it was our last chance to make Worlds,” Shadow said. “I was kind of scared that we were not gonna make it, so [the first game] didn’t go well. But I think we just moved on very fast and we had a plan. We put Gilius on a comfort pick on the first game—which did not end well—so we pinched his jungle pool in the second game and picked comfort for me.”

After the series, Shadow said that all he felt was happiness and relief. The team had multiple opportunities to lock themselves a spot at Worlds, but they continuously failed to grab that elusive win at the end of the regular season. When G2 took down MAD Lions in four game, the pressure was heavy, but winning today feels like a weight taken off Shadow’s back.

“I was happy and relieved that we actually made it, because we messed up a lot of chances to make it to Worlds before, and this was our last chance,” He said. “I do feel a bit bad for ending the Schalke miracle run—it was actually a miracle run for them, from last place to actually making it to playoffs, and maybe even making top three. It was crazy, but this is competition, so it has to be like that.”

Looking ahead, Shadow said MAD are very confident about their series against Rogue, due to the change in meta surrounding the mid lane. With the meta shifting from scaling mid champions to more assassins and carry junglers, he thinks that “the meta suits with [them] a little bit more.”

As for Worlds, Shadow is excited to face off against some of the best junglers like JD Gaming’s Kanavi, TOP Esports’ Karsa, and Gen.G’s Clid. He is relishing at the chance to prove himself against international competition for the first time this year.

He also talked about how MAD Lions and Rogue still have plenty of room to improve and learn from the international teams they’ll face in Shanghai. Shadow does think that G2 Esports will at least make it to the Worlds quarterfinals, though, while MAD Lions and Fnatic have a good chance to get out of the group stage, too.

You can catch Shadow and the rest of MAD Lions in their match against Rogue when the 2020 LEC Summer Playoffs continue on Sunday, Aug. 30.