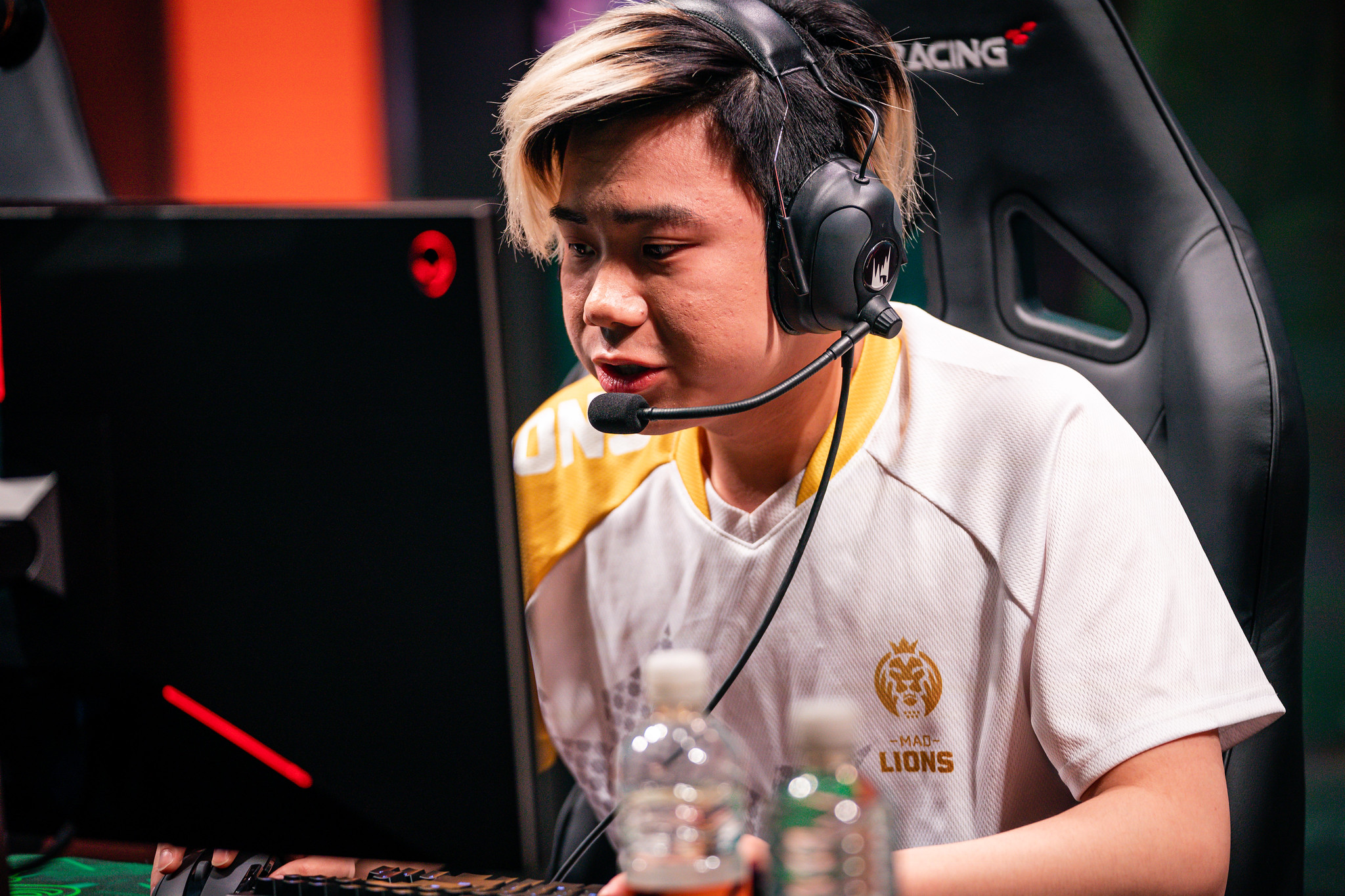 The European rookies on MAD Lions are rising to the top of the 2020 LEC Summer Split. They secured a clean win against Origen today in a 35-minute game, putting them at the top of the LEC standings.

While all of MAD Lions’ players were on point today, mid laner Humanoid received the Player of the Game award after his outstanding Orianna performance.

The game began with a small lead in favor of Origen, which allowed them to secure the first Infernal Drake. MAD answered this with both Rift Heralds and got tower plates around the map. Origen kept funneling resources into their Kayle and Aphelios to scale for the late game.

While OG secured the broken ADC in Aphelios, MAD Lions had a perfect composition to deal with him. As the game went on, though, Aphelios was becoming more of a problem and was seen as a huge threat to MAD Lions.

After a fight around the mid lane broke out in the mid-game, MAD Lions started building an unstoppable lead and secured vision all around the map.

The game stabilized afterward with MAD Lions slowly pushing and respecting the Aphelios. Their siege was unsuccessful, but after a botched ultimate by OG’s mid laner, the tides turned in OG’s favor.

With their carry down, OG didn’t have enough pressure to withstand Humanoid’s Orianna, who had almost a full build by 30 minutes. Even though OG did their best to defend their base, their attempts were unsuccessful and they lost the game.

The European rookies on MAD Lions made a name for themselves in their first split during the spring. They pulled off huge upsets during the regular season, finishing in fourth place. After qualifying for the playoffs, G2 Esports picked to play against them in the first round.

The rookies took G2 to five games and sent the Worlds finalists to the lower bracket. MAD Lions eventually lost to G2 later on in a rematch.

MAD Lions’ roster remained unchanged coming into the 2020 LEC Summer Split and the synergy that’s been built can easily be seen in their games.

MAD Lions have a difficult match tomorrow against the other first-place contender, Rogue. You can tune in tomorrow at 1pm CT to the official LEC broadcast channel to see who will win the battle of the rookies.