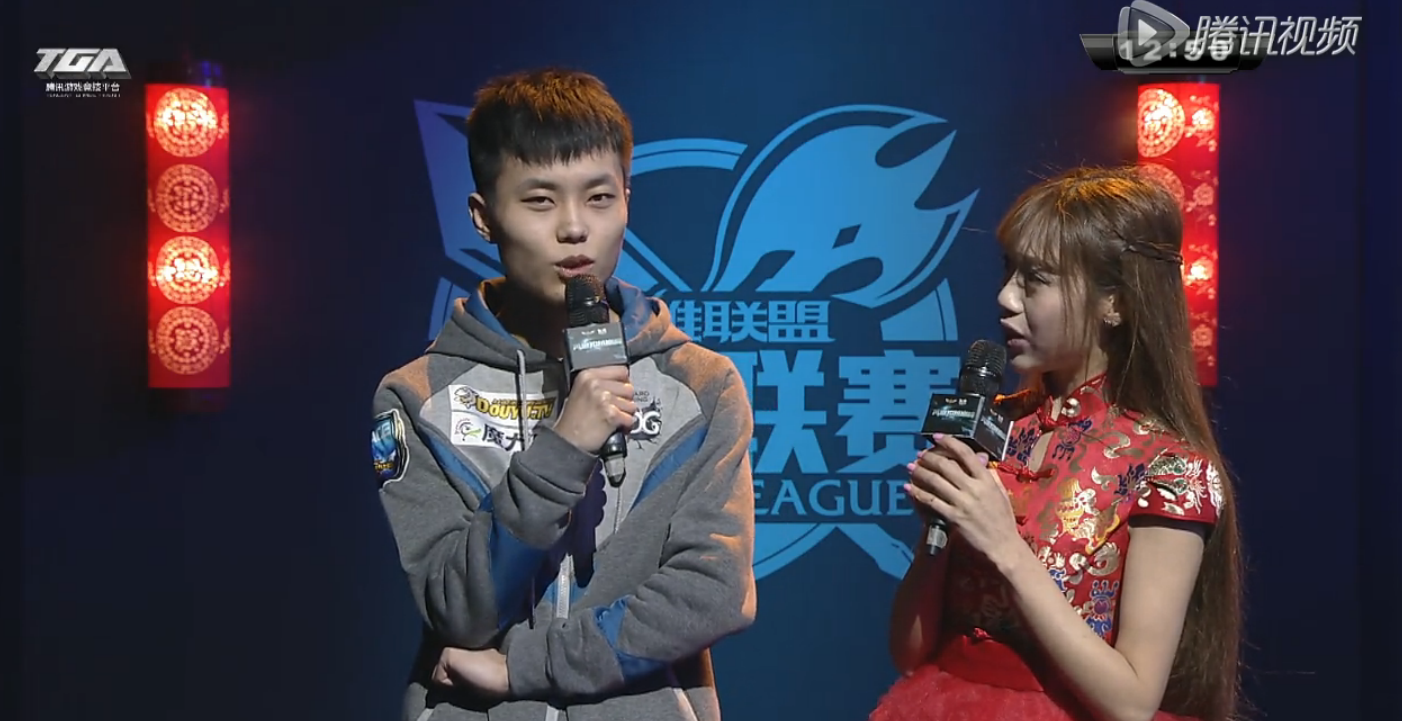 How do you feel about your performance in this last game as a whole?

You showed a few mistakes in the beginning of your first game that you were able to come back from but the second game seemed to go more smoothly in your favor. Comparing these two games – did you feel like your performance on Gnar was better than Maokai? Or is it the other way around?

Koro: I feel like I played pretty decently with both champions.

Koro: I was better on Maokai~

You’ve been using champions like Gnar, Rumble and Maokai frequently. In the past two weeks, your performance has been really spectacular! Who’s your favorite champion of all the champions available in the game?

Especially in the LPL, where there are constantly lane-swaps. In a 2v1, Maokai doesn’t falter.

And in a team fight, Maokai is able to fit the tank role perfectly. He’s a very good champion to use.

Koro: Also, he has good crowd control and can initiate these team fights.

EDG has been performing really well in the LPL. Last week, you were able to achieve 6 wins in a row. Including today’s matches, you’ve won 8 games in a row! It’s like you won’t even give the other teams a chance. Are you happy with your results so far?

If there are some other areas where you can improve, where would that be?

Koro: In terms of improving, we have to work on the tempo of our early game. We can’t keep making mistakes early on.

So you have to be more consistent in your early game.

And with that in mind, you probably hope that your entire game can go more smoothly as a whole.

Koro: Yes, it seems like we always have some early-game problems.

After winning two titles last year, EDG’s performance this year hasn’t shown signs of being any more inferior. And after adding your two Korean players, I feel like your performance has been even more consistent! Do you think your team’s play style has changed from last year?

Koro: It’s mainly our mid-lane that has a different play-style from last year. U leaned more towards mage champions. Pawn likes champions that have escapes.

He also seems to like champions that can poke.

Koro: For this year? This year’s goal is definitely Season 5’s championship title.