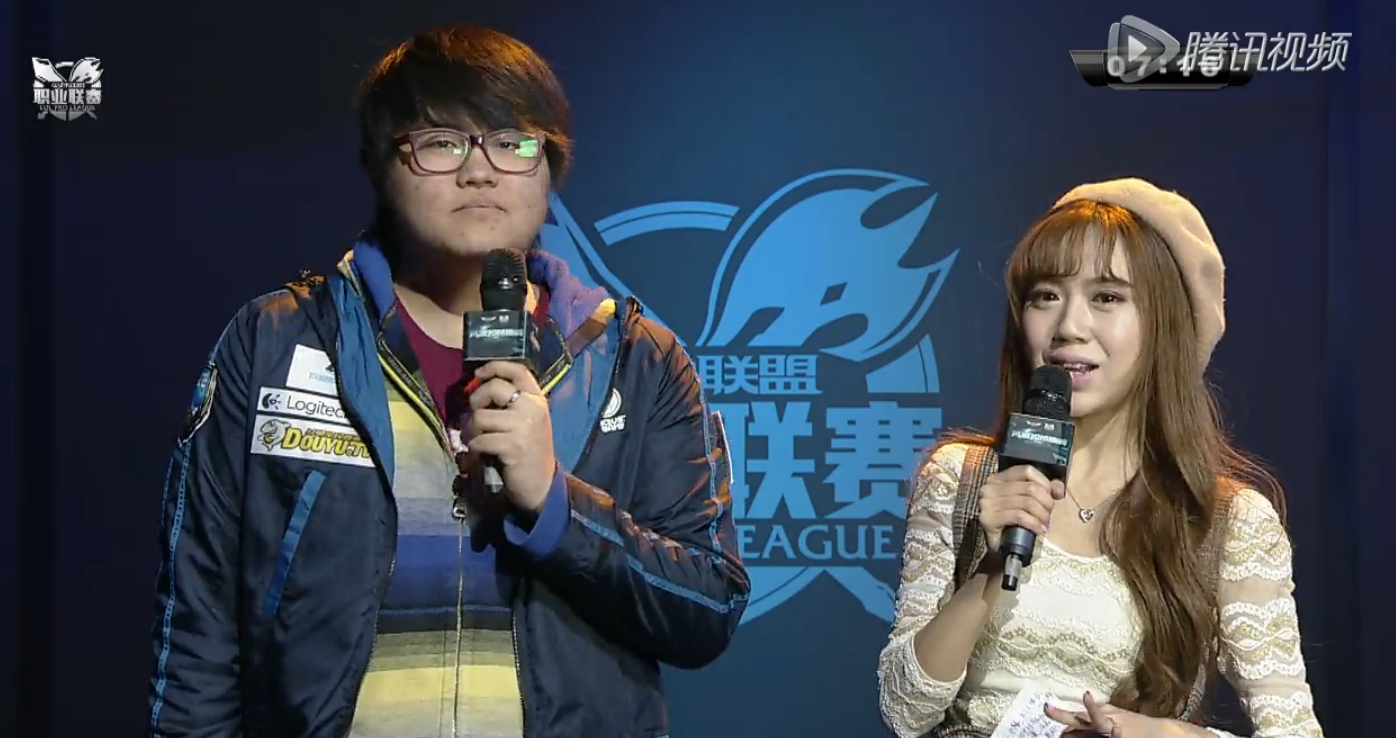 Say hi to everyone~

This is my first time interviewing you this season in the LPL! Top lane is a completely new position for you. Do you feel like there are changes you have to make in this position?

Zz1tai: I think top-lane actually suits my play-style a lot more. When I played mid-lane, my play-style was pretty much the same as it is now.

You seem like a more aggressive player and you tend to open up team fights. And the top-laner usually has to stand at the front-line, so I feel like the change isn’t that much for you.

Your second game was really great but your first game was a bit of a shame. What happened?

Zz1tai: The strategy we had planned didn’t work out. We had a problem in the pick and ban phase and we didn’t get the team composition we wanted initially. We ended up with a different team comp and we didn’t play that well. In the second game, everyone got the champions they’re good at and we won, as a result.

We have some questions from our friends online. The first question is: we haven’t seen Fiora in competitive play. Could you explain why? We also haven’t seen Ryze in a while either.

Zz1tai: The biggest problem with these two champions is that, in a lane-swap, they’ll get destroyed immediately.

Zz1tai: Exactly, and in terms of pushing lane and CSing in the early game, they’re really weak and don’t have this ability. So it’ll be really hard for them to appear in competitive play.

So it takes a long time for them to get going. The second question is: from mid-lane to top-lane, how do you feel? Is there a big difference?

Zz1tai: Well, I personally feel great about it. The change isn’t that big either.

No matter what position, we hope you perform to the best of your ability and don’t let your fans down!

I feel like iG has played pretty well as a whole but sometimes your team’s form seems a little unstable. What sort of changes do you make to fix this?

Zz1tai: We try to communicate more and practice more together.

How do you communicate with your Korean players? How do you shot-call? Who does the shot-calling?

Zz1tai: In the last game, I talked a lot more. Usually, I talk about whether I have TP or not, whether we can fight this team fight or not. I say it in Chinese once and then I say it in English once.

This is a small victory in terms of communication. I hope that iG can keep their form and play better and better.