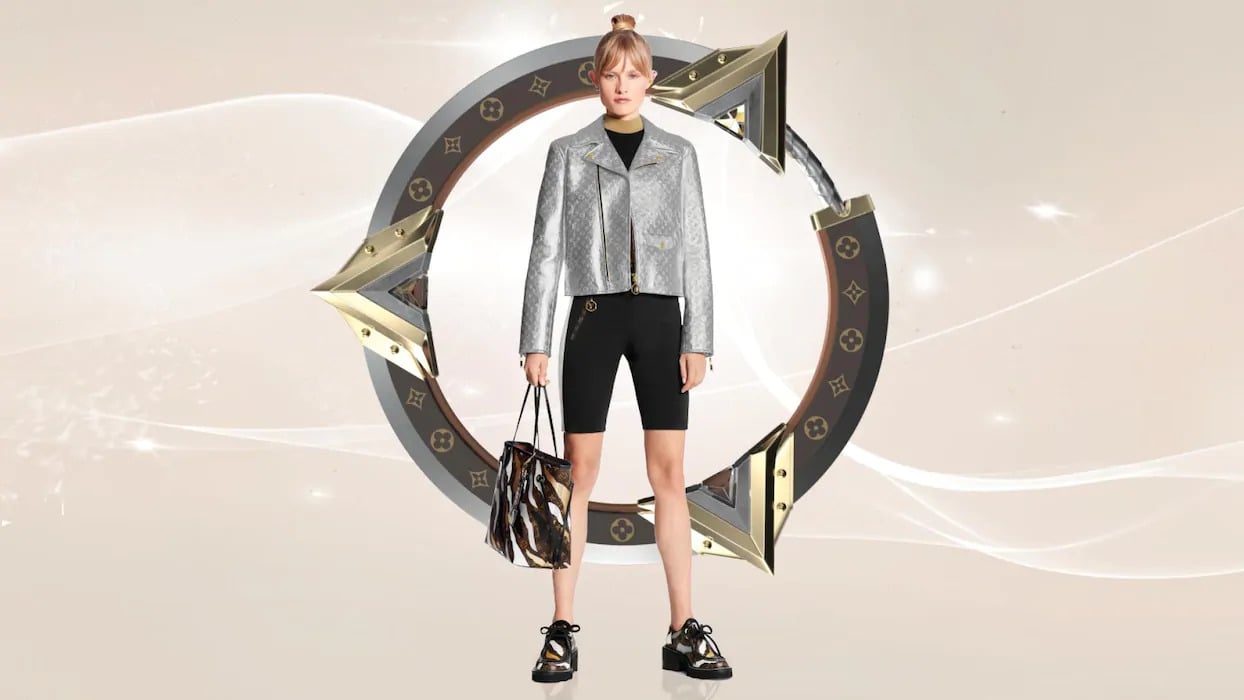 But despite the anticipation for one of the year’s most unlikely of partnerships, described by Riot as the “first-ever collaboration between a global esport and a luxury fashion house,” the collection leaves much to be desired.

In 2011, Jessie J sang: “It’s not about the money, money, money,” but in the case of LVxLoL, it absolutely is. The collection, loosely based off of the True Damage Qiyana Prestige Edition skin, is almost surely grossly above the average League player’s budget. Items range from $170 to $5,600.

To put that into perspective, the average pro League player is 22 years old, while the average annual income between the ages of 20 and 24 in North America is $30,000. When considering bills, taxes, and daily essentials, there’s hardly any room for high fashion.

Buyers of LVxLoL can expect a bucket hat for $750, a ridiculous camouflage-themed bumbag for $1,890, and an elongated black t-shirt for a staggering $2,010.

In Louis Vuitton’s defense, though, the steep prices are to be expected from the company. The fashion giant doesn’t make reasonably priced products, and it never has. There’s a reason why it was valued at $39.3 billion in May, dwarfing its closest competitor, Chanel.

If there’s anyone to blame for the collaboration, it’s Riot.

The collection was handcrafted by skilled artisans and uses the highest quality of materials, but for LVxLoL’s extortionate price tag, it lacks on the aesthetics front.

In the exception of the Qiyana t-shirt and dress, it has barely any association with League. The colors are clunky and awkward to look at, and the designs themselves are impractical and deliberately over-the-top, bordering on comical.

It begs the questions: Why did Riot think the partnership was a good idea. And how did the collection sell out in an hour?

The LVxLoL collection is affordable for the lucky few with a healthy bank balance, but it still had its desired effect. Its exclusivity and its one-click-away retail therapy were clearly more than enough to attract buyers passionate for Louis Vuitton and League of Legends.

And don’t forget about collectors and resellers. LVxLoL, as garish as the collection looks, are collector’s items and that alone could have been enough to spark interest.

Big-name fashion brands are popular in countries like China and South Korea—regions established for League’s wide reach in popular culture. And that could well be the demographic Riot aimed to please.

Prominent personalities from the LPL have been featured in fashion magazines, sporting the latest and greatest outfits, with star players like FunPlus Phoenix’s Kim “Doinb” Tae-sang and Invictus Gaming’s Song “Rookie” Eui-jin showing off their luxury attire.

Just last month, the mid laner duo were spotted at the LPL Annual Awards with Doinb, pictured beside his wife, wearing a $7,188 Balmain Embroidered Black Velour blazer, and Rookie, a $2,936 Thom Browne suit.

Whatever the outcome of Riot’s questionable partnership with Louis Vuitton—cheaply made knockoffs are inevitable.