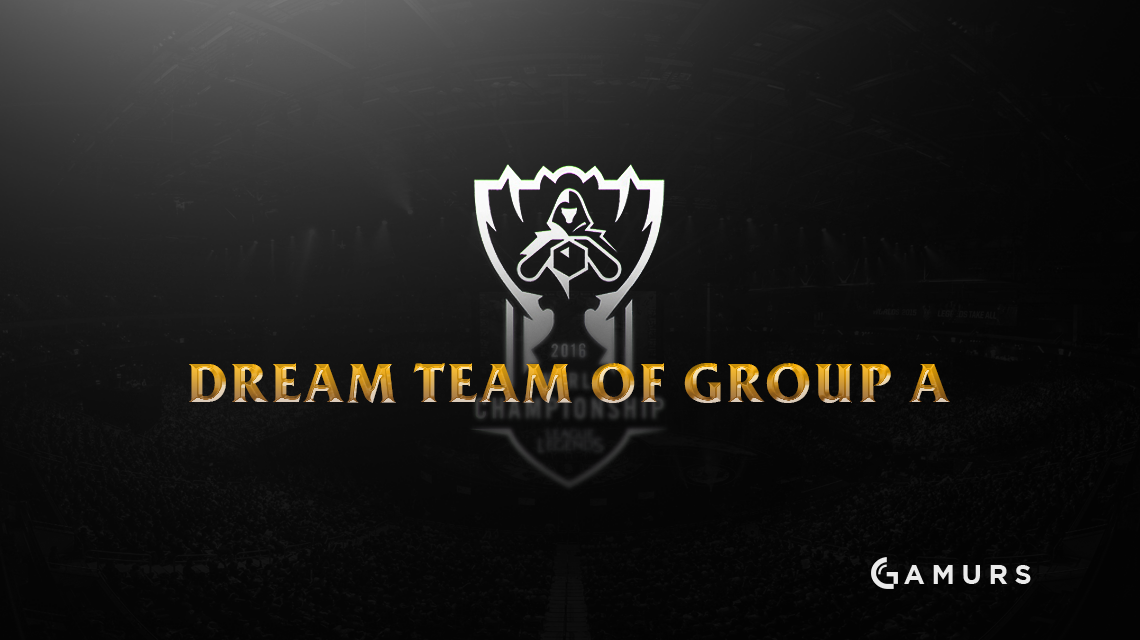 With the World Championships coming up soon, I wanted to look back at the groups and more importantly, at the players to decide what would be the dream team for each group if players could be picked out of their rosters to form a super team. But, in the manner of fairness, these are the rules below.

1) Teams must consist of five players, one from each lane being Top, Jungle, Mid, ADC and Support. We are looking just at the starting roster here.

2) Must include at least one person from each team’s roster per group. For example, Team A’s dream team can’t consist of all of ROX Tiger – there must be one from ROX, one from G2 Esports, one from Counter Logic Gaming and one from Albus Nox Luna at least.

3) Players will be picked based on a mixture of results throughout the year and personal opinions. Some had to be dropped in favor of the rules, but if you have a problem with the picks, tweet @GAMURScom or @MonkeyKingHero to tell us who you would rather have to take the spot.

With all that said, let us dive into GAMURS Dream Team for Group A of the League of Legends World Championships.

Was there any other option? Smeb has been the LCKs MVP two splits in a row. When you consider the other options of Expect (G2), Darshan (CLG) and Smurf (ANX), no one comes near to his technical ability. If any dream team is to be formed here, then Smeb will be number one on the list. There isn’t really much more to be said other than he is the player to beat in the group as a whole.

I can hear the downpour of rage at this pick. “WHY NOT PEANUT!?” is all I can hear. Peanut is by far the best jungler in the group at this time, but I feel like Trick will bring something special to the G2 side. Trick and Perkz are looking to get G2 into the quarter-finals, and Trick will bring the necessary star power to make it. Trick has been insane in his two splits in the EU LCS and has been Europe’s best player two splits in a row. Now, he has a chance to prove himself against the best in the world.

Huhi is CLG’s top performer in the spring and summer splits and the player to take most MVP titles as a whole for the team. While he is no Aphromoo, he is a team player at his core and works hard to achieve the impossible. A lot will be riding on him going into  groups and I hope to see him showcase the same work rate and level of play we saw from him at the Mid-Season Invitational.

Pray and Bang are by far the best ADC’s going into Worlds 2016. They are always a duo who seem to perform best on the world’s stage and I will be looking at Pray to inspire his team. In a line-up of such class in ROX, each one of them could easily be the best in the squad, now it is just a chance for them to prove they are number one and become the fifth team to be crowned League World Champions.

Give this man Brand/Bard and let him go. This man had a sensational run in the LCL and shouldn’t go un-noticed. Out of all the players on ANX, he should be given the most praise. As we move into the draws we cannot count the team or this man down when I say Likkrit is a support worth fearing. He is a leader of the team and is a sensational sportsman, there is no one greater to have in this dream team.