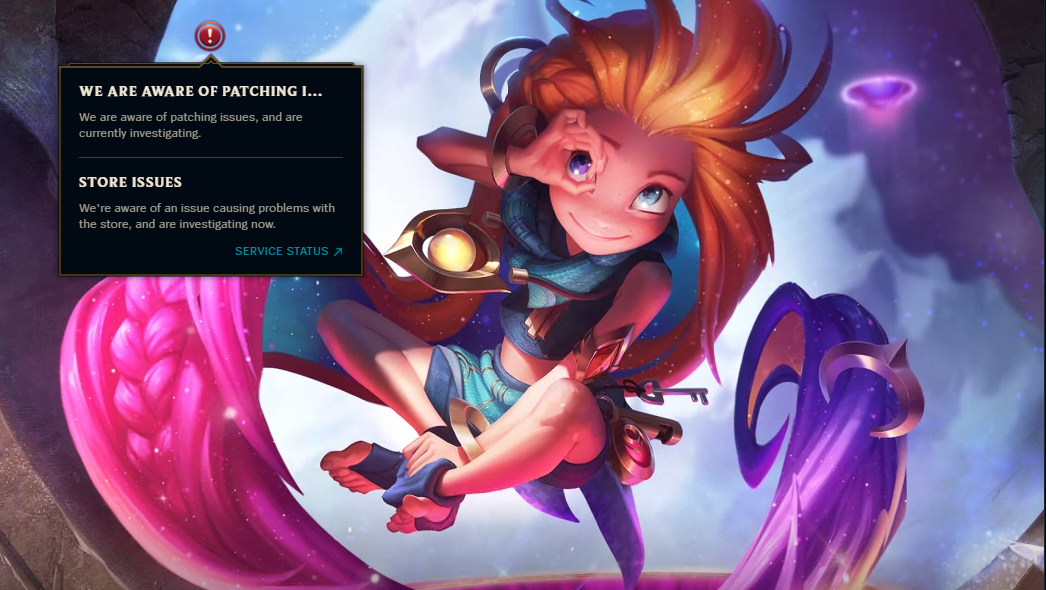 Patch 7.23 arrived today in League of Legends, or, rather, it was supposed to arrive today.

Players have been reporting issues of their game client being unable to patch throughout the day, with error messages stating that there are problems with the patch server. As of about 2:30pm EDT today, Riot stated that it’s aware of the issue and working to resolve it, according to the game’s server status portal.

Before that, there were also issues with creating and joining game lobbies, making today one of Riot’s buggiest patches in quite a while. In fact, this whole week has been rough for Riot. Yesterday, the launch of the official merch store’s new event was bugged out, too.

This patch was meant to be quite a large one. Zoe, the newest champion, was to be released this week, as well as the new PROJECT event and three new PROJECT skins, not to mention countless balance changes to runes and champions.

Riot has not provided an estimate for how long the patch server will stay maimed, but Dot Esports has reached out for further details.