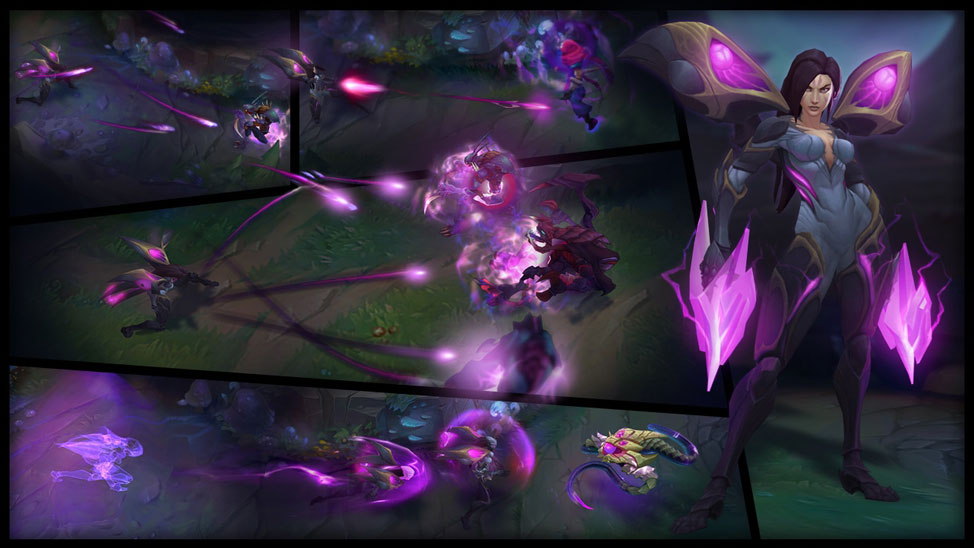 Kai’Sa, League of Legends’ 140th champion, was revealed today via a leak on Garena’s League page, including her full kit of abilities.

One of the main features of her kit and perhaps her whole playstyle is her brand new Plasma system. Her basic attacks will mark enemies with this new passive, and after attacking a few more times, the Plasma bursts, dealing significant damage. As a ranged ADC, she’ll be landing a lot of basic attacks, so this will be devastating.

By the looks of it, Kai’Sa may actually excel as a jungler, as most of her strength in fights comes from flanking or getting behind the enemy team altogether. We imagine most players will want to play her in the bot lane though, like most other ADCs in the game.

“Kai’Sa’s basic attacks mark enemies with Plasma, dealing increasing bonus magic damage. After a few successive attacks, the Plasma ruptures for a burst of damage based on the target’s missing health. Nearby allies’ immobilizing effects add stacks of Plasma.”

“Kai’Sa’s symbiote-suit adapts to her chosen attack style, evolving her abilities based on permanent stats gained from shop items and experience level.”

“Kai’Sa releases a swarm of missiles evenly distributed among nearby enemies, with additional hits on the same target dealing slightly reduced damage. Nearby allies’ immobilizing effects add stacks of Plasma.”

“Kai’Sa charges up, briefly increasing her movement speed but losing the ability to attack. After charging up, Kai’Sa whips out the big guns to increase her attack speed for a few seconds. Basic attacks reduce Supercharger’s cooldown.”

“Kai’Sa dashes at extremely high speed with long range to a location near an enemy champion marked with Plasma and briefly gains a damage-absorbing shield.”