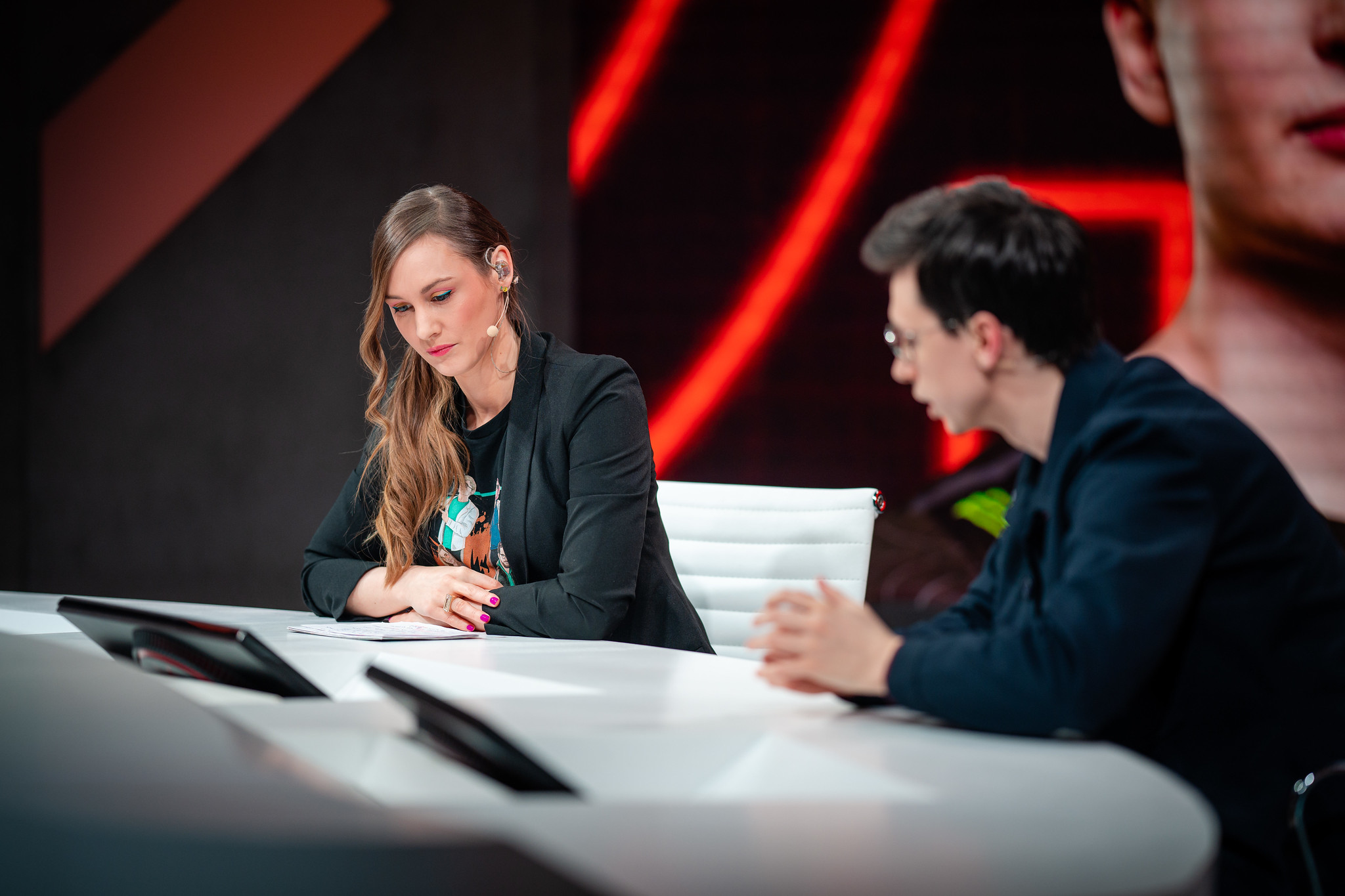 With only three weekends left to play, European League of Legends teams are entering the final stretch of the 2022 LEC Spring Split. The competition has been exciting to watch, especially with the varied success we’ve seen from the top seven teams in the league.

The playoff hunt is starting to heat up as we inch toward the final weeks of the split. A close race has begun with supposed top contenders suffering surprising losses, middle-of-the-pack teams improving every week, and individual players quickly proving themselves to be stars. Now, these final games will be essential for almost every team in their hopes for an LEC championship this season.

For only the second time this split, Rogue failed to get a player into the Team of the Week after a shocking 0-2 weekend. The boys in blue have been featured in almost every other edition this season as a reflection of their dominance over the league. Their rare stumble has opened opportunities for new players to enter the spotlight, however.

We all knew how good Broken Blade was coming into 2022, but he’s spent the early portion of the season transforming into one of, if not the best top laners in the LEC. Sure, it’s an obvious and clear-cut statement that he’s finding more success on G2 than he did on Schalke 04 last season, but it can’t be stressed enough how much a strong core of players around him has assisted Broken Blade in bringing out his best qualities. With names like Jankos and Caps relieving some of the tension on the map for G2, Broken Blade has taken every opportunity to turn the top lane into his own personal kingdom.

This past weekend, he continued to command the position, picking Yone (a first for a player in a major region this season, according to League stats site Games of Legends) in two quick and easy wins for G2. With nine champions played in 11 games this split, Broken Blade is one of the most daring and diverse players when it comes to champion selections, and largely, they’ve all worked out. In G2’s win over Astralis, Broken Blade held his own and then some, posting a gold lead of 915 at 10 minutes before assisting in 60 percent of his team’s kills, according to League stats site Oracle’s Elixir.

A 2-0 week from Fnatic helped them climb back to within a game of first place, and largely, those two victories came on the backs of strong performances from Razork. The Fnatic jungler returned to form in week five after losing his footwork during Fnatic’s losing spell. In weeks three and four, Razork had posted a cumulative KDA of 2.0. This past weekend, though, while Fnatic tore up SK Gaming and Team Vitality, Razork’s KDA roared back up to 8.0, according to Games of Legends. And sure, players on winning teams will have higher KDAs, but it’s still important to recognize just how much of Fnatic’s success depends on the jungle position. When Razork plays well, the team plays well. Sometimes it really is as simple as “jungle diff.”

While Razork out-jungled players like Gilius and Selfmade this past week (two players who have had relatively uninspiring Spring Split performances), he’s yet to show up against Rogue’s Malrang and G2’s Jankos in 2022—two players who still remain on the slab in the second round robin. If Razork is going to be more than a one-week wonder in our TOTW column, he’ll have to earn his staying power by proving he can square up with the best junglers of this season’s early stages.

Over the course of the spring, Vetheo has quickly etched his name into the list of the best mid laners in Europe. In fact, if his trajectory continues in such a manner, he should soon be pushing himself into the top-three conversation.

The 19-year-old was essential in his team’s first 2-0 weekend of the season, with some great Orianna and Zoe play where he finished with six kills, 23 assists, and only two deaths. The rising star has become a much more flexible player since his debut in 2020, having already played eight different champions through 11 games while also maintaining his pace with the second-highest KDA and the highest kill-participation percentage among LEC mid laners, according to Games of Legends.

Don’t sleep on Vetheo and Misfits Gaming. They’re quietly building an impressive campaign heading toward the playoffs, and in a best-of-five setting, this team could surprise a top team with their strong team play.

Fnatic are back on track with wins in both of their games last weekend after losing three out of four matches in the two previous weeks. And once again, Upset acted as a pivotal player in these two victories.

Since the LEC 2022 Spring Split began, the German ADC has led the competition in KDA at 19.8, as he’s yet again been the king of stats in week five. In the past two games alone he’s boasted a 24 KDA, according to Games of Legends. His admirable positioning and aggressive yet not over-engaging gameplay against SK Gaming and Vitality made him an unstoppable force. It also earned him the MVP award in the latter match.

Since the season began, Upset and Hylissang have been working tremendously hard to earn the title of kings of the bottom lane in Europe. And so far, thanks to their incredible performances both in Fnatic’s wins and losses, they spearhead this competition.

G2 Esports had a great outing last weekend by comfortably winning their matches against Astralis and MAD Lions. One of the key players to make this happen was the young rookie support player Targamas, who has been phenomenal throughout the tournament.

His debut LEC quest to have the widest support champion pool continues this week, with picks like Sett and Braum taking him to a whopping tally of 11 unique support champions after week five. Apart from this incredible feat, he has been very consistent with his engages and setting up teamfights. His mastery over the support champions is impressive, and his capability to find angles during messy teamfights is fantastic to have in any team. He has the fewest deaths (15) and third-highest assists (98) out of all the supports in LEC 2022 Spring Split simultaneously, according to the League’s stats site Oracle’s Elixir.

His team shows complete confidence in his support picks, evident by his 90-percent counter-pick rate in the drafting phase, which is the highest for any support player in the Spring Split. Targamas has the flexibility to choose off-meta support champions to counter the enemy’s support pick and facilitate his team to come out on top.