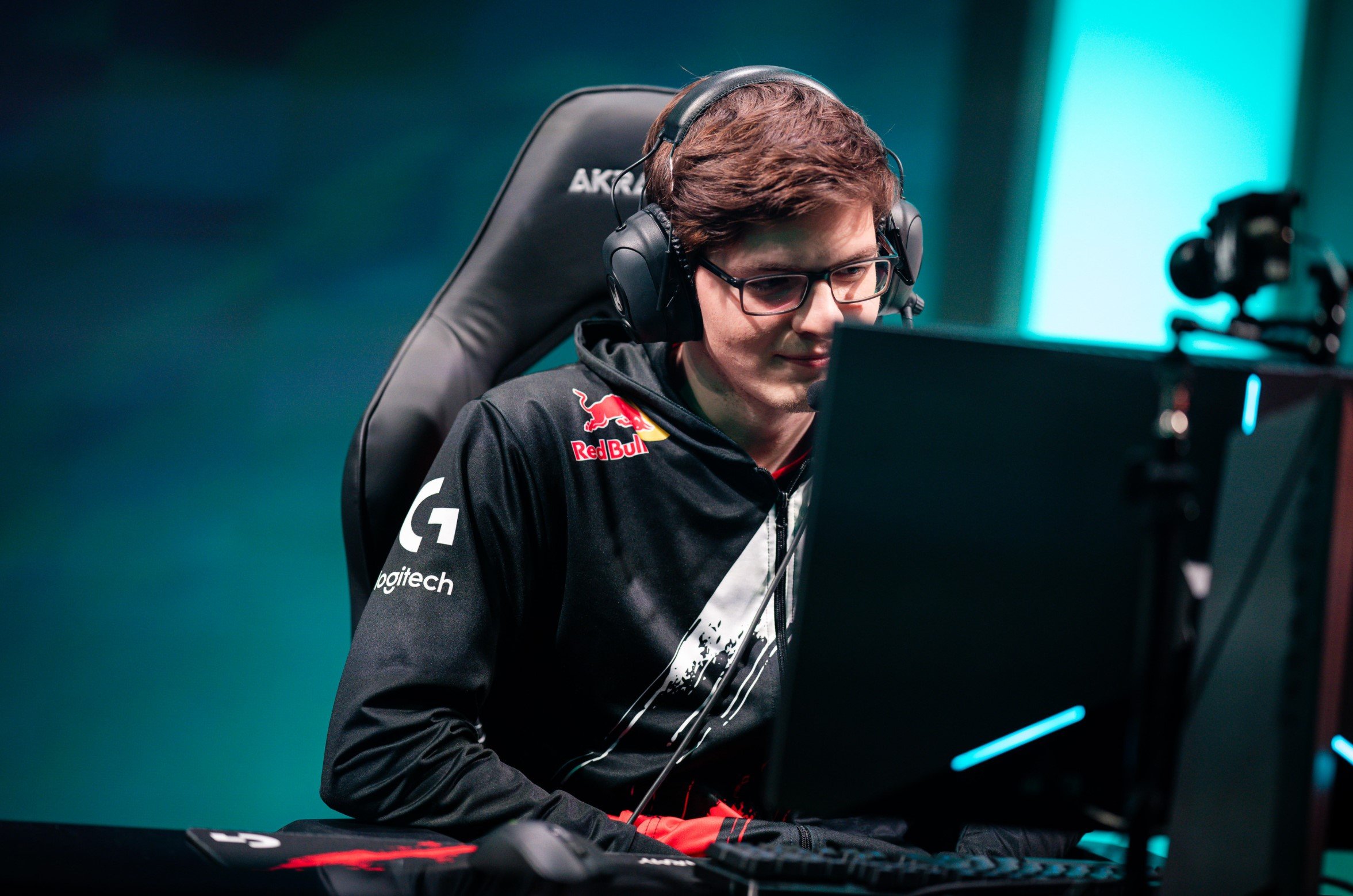 The 2021 LEC Spring Split is winding down and the playoff race is entering the home stretch. Each team only has five games left on their respective schedules before the split comes to a close and the league is still completely up for grabs.

While the last few weeks have certainly showcased who the true contenders of the European scene are, the LEC is still wide open—especially considering how many upsets have already taken place this season. Seven teams still have a mathematical chance at securing the No. 1 seed in the playoff bracket.

With that in mind, our League of Legends experts stacked up the teams of the LEC against each other heading into the final stretch of the Spring Split. Here are our LEC power rankings after five weeks of play.

Astralis have reached eighth place in the power rankings. And as much as we think this is an honor of the highest order, given the canyon between them and Excel Esports in terms of performance this split, eighth place makes its holder the grand poobah.

All jokes aside, given the almost comically low expectations for Astralis until as recently as last week, they do deserve credit for at least figuring out an identity. Is that identity “Zanzarah on Skarner, MagiFelix on Corki?” Until last week, that was the fear. It still might prove to be the case, but Astralis fans can take some positives from their win over a playoff-caliber team in Excel in which the mid-jungle duo was on Hecarim and Syndra, respectively, played safe, and allowed Jeskla to do the heavy lifting instead. The team is showing consistency, some variety, and slowly raising their floor.

The descent of Misfits down the standings and power rankings saw a bit of respite in that win over an Astralis squad that seems to be figuring something out. But a tough week against Rogue and SK, the latter of whom haven’t lost in three matches and might be the hottest team in the LEC, re-loosened the wheels as they continued to slowly but surely fall off. On the bright side, HiRit and Razork are playing well amid the chaos despite the numbers not flattering them given the team’s 1-7 record after the week one hype train rammed into the wall. HiRit does have the highest first blood rate and XP difference at 10 minutes (+124) of all LEC top laners, according to Oracle’s Elixir. Goredrinker carries have fallen out of favor (except for the omnipresent Renekton), but if his champion pool can expand to the bevy of AP bruisers that will find their ways into the meta shortly, Misfits could conceivably sneak into the playoffs by way of their top side.

A good win over Fnatic that included a 9/2/7 performance by Crownshot on Xayah against Upset while he’s been playing some of the best League of his Spring Split aside, things just aren’t going Vitality’s way. Astralis are making noise and even Misfits are at least moving (downward, rapidly), but the 2018 Worlds representatives seem like they’re on a bit of a slow, eyes-glazed-over march toward a 3-15 finish. G2 and MAD Lions await them in week six, so respite is looking more likely to come, if at all, during the summer, where head coach Duke and crew will likely look to retool and reset.

We’ll call these teams the head-scratchers of the LEC. Each team has displayed incredibly strong performances in some of their hardest games of the split, with Schalke and Excel, in particular, giving G2 some of their most challenging matchups of the split so far—and Schalke even going so far as to beat them.

But all of these teams have also showed shockingly weak performances in games that, on paper, should have been significantly easier. Schalke, in particular, have shown wildly varying performances with the majority of that variance coming from jungler Gilius. He’s the team’s backbone, and if the enemy team makes it their mission to shut him down in the early game, then Schalke’s performance invariably suffers. Attempts to ban him out in the draft have proved fairly ineffective, but invades and early pressure are just the thing to shut GodGilius down.

Excel, on the other hand, have one of the more stable junglers in the league in Dan. Their issues are not ones of individual weaknesses, but rather the team’s tendency to play passively and avoid taking early gambles around objectives. They’re one of the league’s lower-kill teams, according to Oracle’s Elixir, and this passivity has a tendency to shoot them in the foot in a league where teams like Rogue and G2 can take an early-game lead and turn it into a 25-minute victory.

SK have a similar issue to Excel in their lact of proactivity. This nervousness is understandable, though. For teams at the middle of the table, one wrong move can mean dropping to the bottom of the standings. But the LEC’s competitiveness means there’s little time for passive play and SK will need to step up their aggression if they’re planning on taking the fight to some of the LEC’s best.

On the cusp: MAD Lions, Fnatic

With only three weeks left in the season, both MAD Lions and Fnatic sit in the same tier heading into week six. The former burst into the second half of the 2021 Spring Split with a three-game winning streak, while the latter is coming off of two disappointing losses. But there’s still time for both of these teams to elevate their play in time for the playoffs.

Fnatic have the second-most team deaths but the second-most kills in the LEC as well, according to Oracle’s Elixir. These stats match up with their penchant for high-paced early games. But instead of finding success with dives and teamfights in week five, the team looked uncoordinated with some of their decisions and it cost them multiple times over the weekend.

It’s easy to overreact after a week like this, but for Fnatic, this was the only 0-2 week of the season so far. Remember, this is a team that just came off of a four-game winning streak and a great performance against G2 Esports. There’s still some potential for this team to end this split as a top-three squad, but they need to prevent a true slump from occurring before the end of the regular season.

On the other hand, it feels like MAD Lions are ramping themselves up as the weeks go on. The team’s new jungler, Elyoya, has been having a great LEC debut. He has the second-most kills and the second-highest KDA among LEC junglers. Elyoya also has the best early-game stats in his role, with the seventh-highest kill participation percentage in the league at 72.9 percent.

The team still makes some mistakes in terms of coordination and aggression, but it does feel like this roster has started to loosen up and adapt as the season progresses. Almost every player on the roster has been playing well, and with games against SK and Vitality up next, we could see this team gain even more momentum in week six.

The LEC is entering the home stretch. Three weeks of play are left on the table and each team only has seven games to get through before they reach the finish line. And even after one head-to-head matchup, G2 and Rogue are still locked in a dead-even tie atop the league. Both teams have 9-2 records and easily stand out as the two best squads in all of Europe at the moment.

In terms of personal performances, it’d be fair to claim that G2 and Rogue’s lineups are ranked one and two at almost every position. Rekkles and Hans Sama are playing like the two established veterans that they are. The pair of ADCs own two of the three highest KDAs in the LEC with marks of 14.7 and 6.8, respectively, according to League stats site gol.gg. While Rekkles’ unreasonable 14.7 KDA might appear unbeatable on the surface, Larssen is right on his tail with a mark of 11.2. Players from both Rogue and G2 are putting up career performances this split and the MVP race could easily turn out to be a 10-man competition between the players on these two teams.

The fact of the matter is this: G2 and Rogue can trade blows throughout the regular season all they’d like. But we won’t get a real answer to the question of “which of these teams is truly stronger” until they meet in a best-of-five series. Thankfully, that feels inevitable. The LEC is speeding toward a climactic finish where G2 and Rogue feel all but destined to meet in a playoff series—most likely the grand finals.

The two teams won’t meet again in the regular season until March 5, but regardless of who wins that best-of-one, the spotlight will be shining bright on the postseason bracket. Undoubtedly, these two squads have their sights set on the endgame as well.