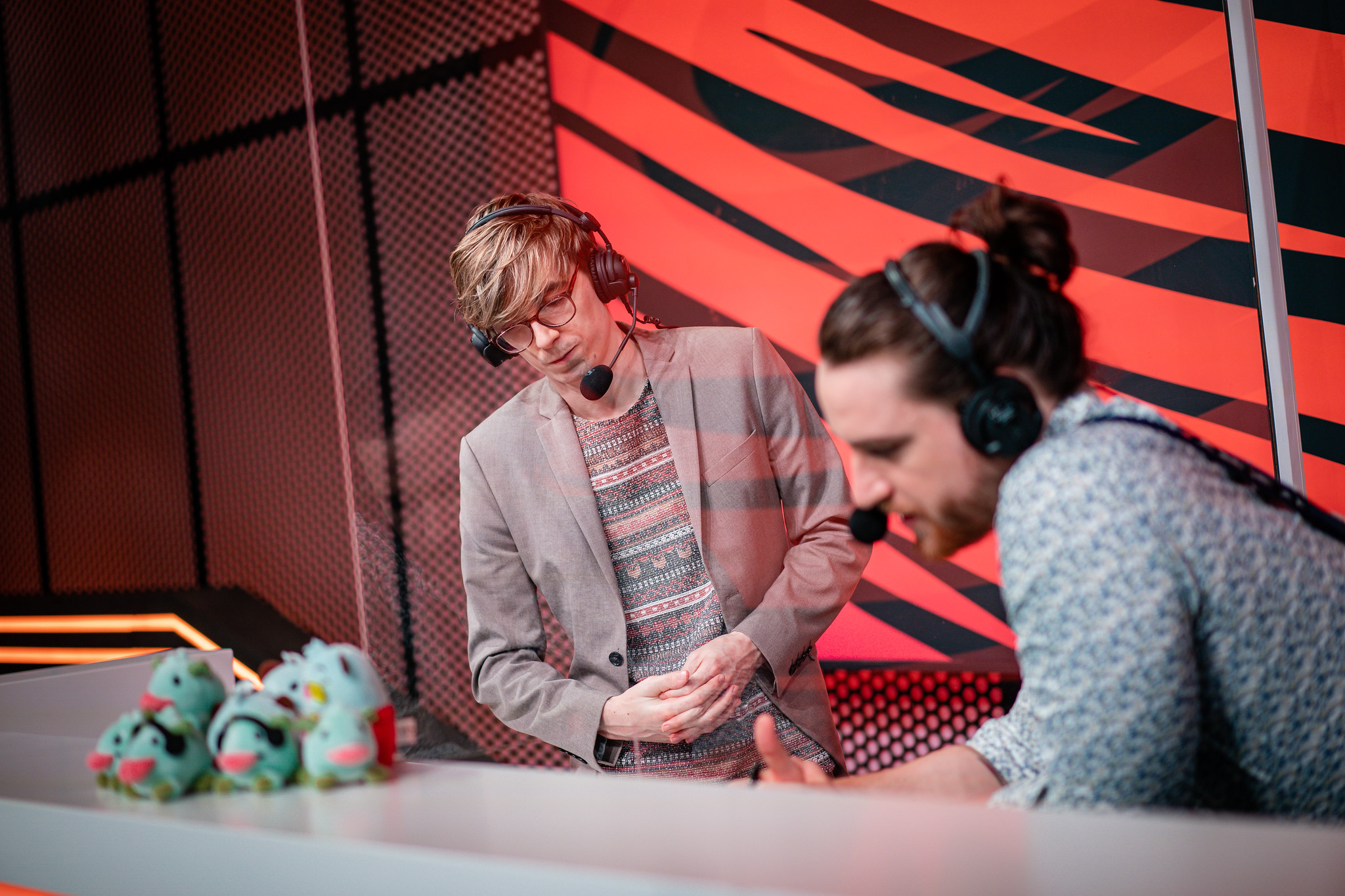 Many fans of the European League of Legends scene are familiar with two of the LEC’s most popular casters, Aaron “Medic” Chamberlain and Andrew “Vedius” Day. The two friends have quickly become one of the most beloved broadcast duos and have grown into the spotlight elegantly ever since they stepped onto the show.

In a recent interview with Dot Esports, however, the two personalities explained that the start of their career together wasn’t all sunshine and smiles. In fact, Vedius said when they first worked together, he thought Medic was “really annoying.” Later on, Medic confessed that the first time they cast together during the EU Challenger Series, he was actually hungover from going out the night before and was poorly prepared for the day.

“I didn’t want to work him, actually, he was very annoying,” Vedius said. “I was forced to because I had to cast Challenger Series and he was the caster that was put next to me. But over time, it got better. I think that Medic came to understand that I was annoyed, and he did everything in his power to make it up to me.”

Medic also said that in the beginning, he was “grating” and “too over the top with his personality traits.” He’s learned to turn things down and, as a whole, both casters quickly became good friends off-screen and one of the best caster duos when the lights and cameras are all on.

The former doctor also said he and Vedius are so in sync with each other that they can talk about anything they want during any game and you can bet it will be a good product. Most avid watchers of the LEC know that their chemistry is off the charts and they know exactly when to chime in, when to step back, and how intense to become at a moment’s notice.

Their dynamic has become one of the best things to watch out for on the LEC broadcast since they’re able to make exciting matches even more enjoyable to experience. The trust and understanding they’ve built over the years can be heard in their flawless execution of the cast and should be something to look forward to as League esports continues ahead.