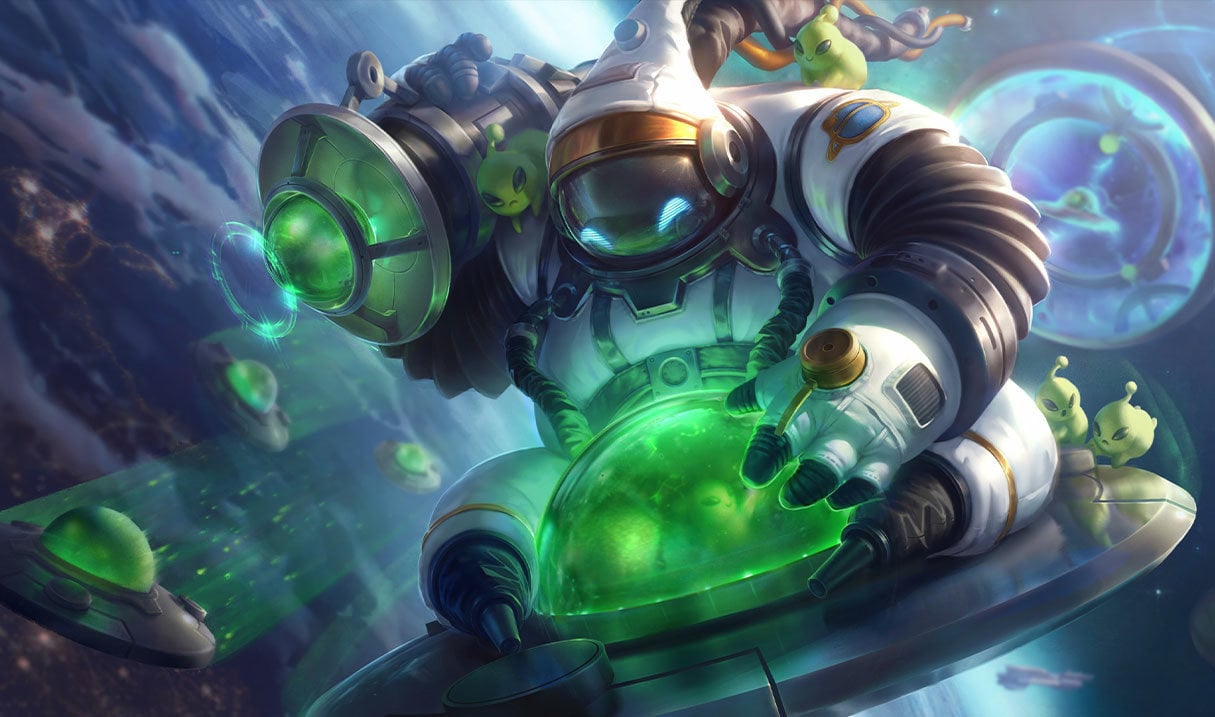 On a one-lane League of Legends map like the Howling Abyss, the very idea of pulling off a backdoor play feels futile. But with the help of a Bard player’s portal, one League team secured a dramatic game-ending backdoor right under the enemy team’s noses.

In a clip posted to Reddit earlier today, one Bard player allowed their team to end an ARAM game of League on the Howling Abyss through the use of their Magical Journey (E). In the clip, the Bard player’s portal created from Magical Journey extended past nearly the entirety of the map’s single lane and gave their team a one-way entrance into the enemy team’s base.

The Bard player’s portal was placed just past the red team’s outer relic, directly in front of the “broken” part of the bridge on the Howling Abyss, and its exit point spat the four infiltrating players just within the walls of the enemy team’s base. Upon arriving at the enemy team’s Nexus, the Bard player unleashed a cast of Tempered Fate (R) behind them, entrapping three of the five enemy players and preventing them from stopping their assault.

With a free route to the wide-open Nexus, the Bard player and their teammates took advantage of their Alistar-playing teammate’s valiant sacrifice and won the game in just over 18 minutes.