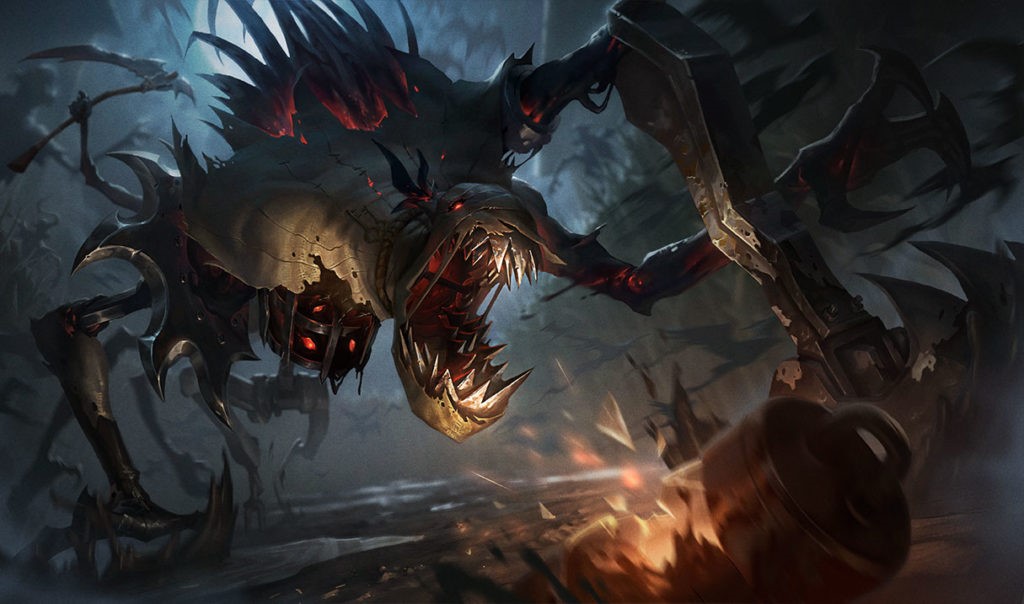 Fiddlesticks hasn’t been seen as often on Summoner’s Rift lately following various nerfs to his reworked kit. While some players may have forgotten how to play against the champ, others use that to their advantage to dominate their opponents in League of Legends.

One League player recently posted a clip showcasing the power of Fiddlesticks’ Bountiful Harvest (W) ability in a teamfight near the dragon pit.

The fight for the dragon began with Fiddlesticks’ teammates being wiped away by the opposing Diana in the blink of an eye. With no help left, Fiddlesticks stayed near the dragon and used their drain to finish off the low-health Diana.

Following that kill, the Fiddlesticks player was forced to quickly retreat from Kai’Sa and Ivern, who wanted to finish them off and pick up the Mountain Drake. Fiddle used their active to get out of range for a brief period of time before flashing into Ivern’s bush to get their drain cooldown back. Once they got it back, Fiddle used Bountiful Harvest to finish off the remaining opponents for the triple kill and picked up the dragon, too.

Fiddlesticks was reworked last year after the champ’s original kit felt outdated and could no longer compete with modern League champions. In the past, Fiddle’s drain could only be cast on one target and healed for a decent amount. But now, it can easily top off the champ’s health if it’s used on multiple targets.