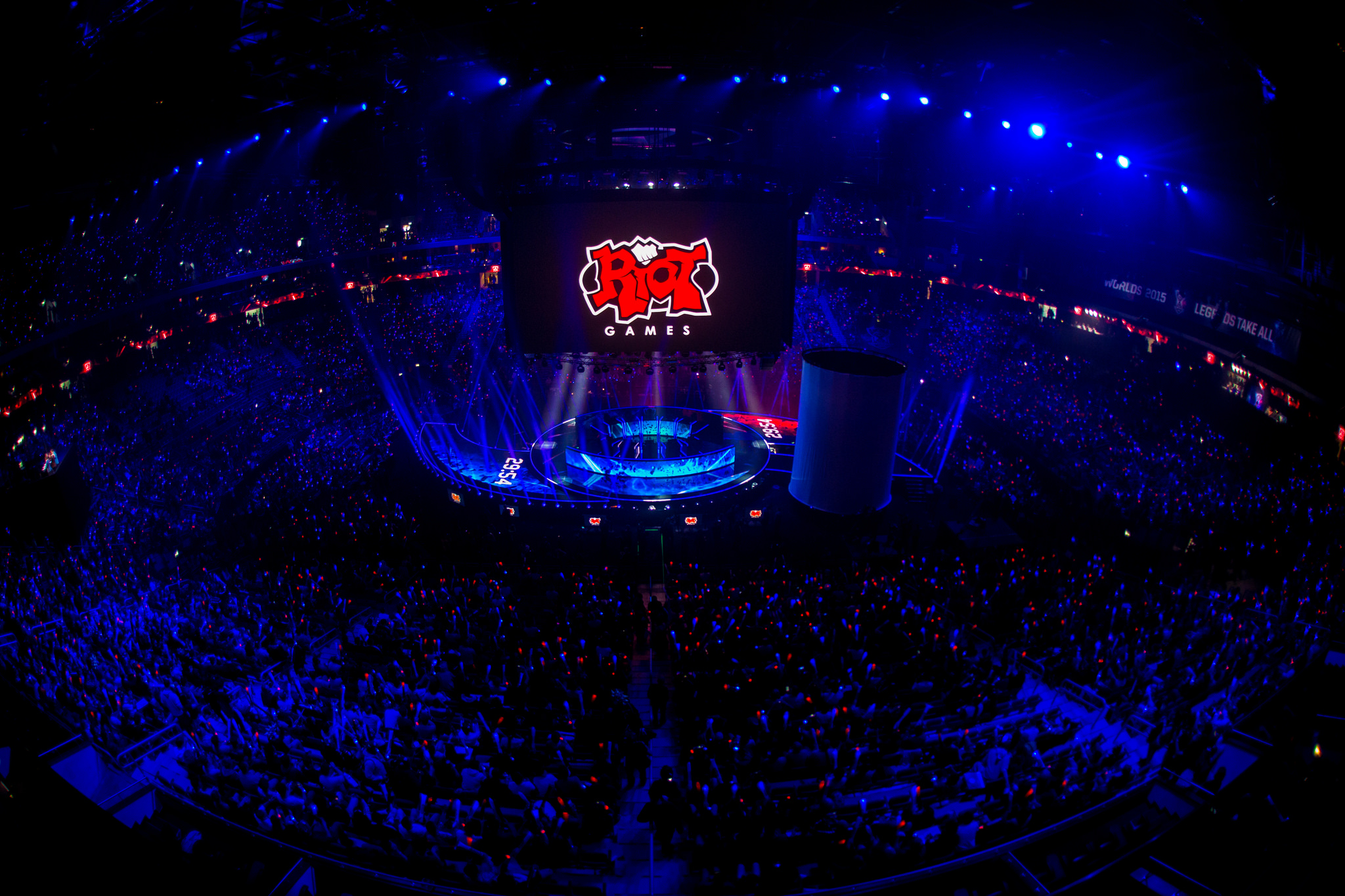 The top League of Legends teams from around the globe are gathering to compete in the 2016 World Championship.

The tournament, which begins Thursday and concludes Oct. 29, brings together teams from four continents. The winning squad takes home the Summoner’s Cup and a $1 million grand prize as the champions of season six.

In case you haven’t had time to follow the thousands of hours of games that led up to this, we’ll get you up to speed in just a few minutes.

The tournament is split into two stages. In the group stage, the 16 teams are split into four groups, and teams play two matches against the others in their group. Each group’s top two teams move on to the single-elimination knockout stage, in which they must win a best-of-five series to advance further.

Most of the teams come from five major divisions: North America’s NA LCS, Europe’s EU LCS, Korea’s LCK, China’s LPL, and the LMS, which includes teams from Taiwan, Hong Kong, and Macau. There are also two teams from wild card regions, hailing from Russia and Brazil.

Even though us non-professionals moved onto patch 6.19 last week, Worlds will be played on 6.18. Riot clearly had Worlds in mind when whipping up this patch, as there were a number of nerfs to champions familiar to the pro scene such as Ashe, Ekko, Gnar, Rek’Sai, Shen, Taliyah, and Vladimir.

The games return to American soil for the first time since season three’s World Championship in 2013. San Francisco, Chicago, and New York will respectively host the group stage, quarterfinals, and semifinals, leading up to the championship series at the Staples Center in Los Angeles.

Teams from Korea have won each of the past three years at Worlds, so it’s no surprise that this year’s top two teams both come out of the LCK.

Defending champion SK Telecom T1 have taken two of the past three Worlds titles. In all likelihood, they’ll be the final boss that any other team will have to overcome to claim this year’s crown.

Another win for the Korean powerhouse is far from a foregone conclusion, however, as SKT T1 faltered after winning this year’s Mid-Season Invitational by losing to KT Rolster in the semifinals to finish third in the LCK summer split.

Rox Tigers finished first during the summer’s regular season and beat KT Rolster in the finals to supplant SKT T1 atop the LCK. ROX, previously known as KOO Tigers, were runners up to SKT T1 at Worlds last year. They’ll be looking for revenge.

Look for the rivalry to be portrayed through the lens of the star players on each team. ROX top laner Kyungho “Smeb” Song needs to win this tournament to cement his legacy and definitively surpass SKT’s legendary mid laner Lee “Faker” Sang-hyeok as the best League of Legends player in the world.

A list of the top 20 players at Worlds compiled by Riot’s esports analysts already has Smeb dethroning Faker.

Behind the Korean favorites, China’s Edward Gaming has momentum on their side after going undefeated in the LPL summer split and sweeping spring split winner Royal Never Give Up in the playoffs finals. Despite the loss, RNG’s roster is stacked, and they’ll be a lot for any team to handle at Worlds.

Rounding out the top five is NA’s perennial powerhouse Team SoloMid. More on them in the next section.

Traditionally, NA LCS teams have struggled at Worlds. After a somewhat promising start last year, the three NA teams combined to go 0-9 in the second weekend of the group stage. None advanced.

Those three teams—TSM, Counter Logic Gaming, and Cloud9—are the same ones that will be representing NA this year.

Despite their futility last year, it’s not unprecedented for an NA team to reach the knockout stage, as both TSM and Cloud9 accomplished in 2014. Neither advanced past the quarterfinals.

TSM will carry most of the burden of expectation for NA this year. The team cruised through the summer split with a 15-1 record en route to a win against Cloud9 in the championship. Mid laner Søren “Bjergsen” Bjerg, unquestionably the best player in NA, looks poised to take his position as an elite player on the international stage.

But don’t count out CLG and Cloud9.

With their strong macro play, CLG proved they can compete with the best in the world when the squad reached the Mid-Season Invitational finals this year.

Cloud9 has reached the quarterfinals at Worlds two of the past three years, and former world champion Eonyoung “Impact” Jeong looks to be reaching new heights as he dominated the top lane throughout the NA playoffs and regional qualifier.

If you’re looking for upsets in the group stage, be sure to focus on Group A and Group C.

The aforementioned ROX Tigers will likely lock up the top spot in Group A, but the second spot is totally up for grabs.

EU LCS spring and summer split champions G2 Esports are the favorites in terms of seeding, but they’ll be under a lot of pressure after their disappointing performance on the international stage at the Mid-Season Invitational. G2 went 2-8 and finished with the second-worst record in the group stage.

Conversely, CLG’s finals appearance at MSI likely has them feeling good about their chances to upset G2 in Group A. Lucky for us, we won’t have to wait long to begin to see how this plays out as CLG and G2 meet in the tournament’s opening match Thursday.

Russian wildcards Albus NoX Luna, a relative unknown, will also be looking to make their mark.

It’s a similar situation in Group C. Edward Gaming is heavily favored to win the group. The second spot here is even more up for grabs than it is in Group A.

H2K finished in fourth in spring and third in summer in EU, which certainly didn’t look like a powerhouse division.

After a dominant spring regular season, ahq e-Sports Club lost in the LMS finals and then failed to get back in the summer, losing to Flash Wolves in the semis.

Brazilian champions INTZ e-Sports round out the group, and don’t be surprised if they find a way to advance on the back of the leadership provided by their now-renowned jungler Gabriel “Revolta” Henud, who was featured in Riot’s “Legends Rising” documentary series.

In case you haven’t had a chance to catch games from every region this year, here’s one particularly skilled or compelling player from each team for you to focus on when watching Worlds. We aimed for a few players at each position for this list to ensure variety in your viewing experience.

And with that, you’re ready to go. Enjoy the games!