The player saved himself by coming back to the spawn before being hit. 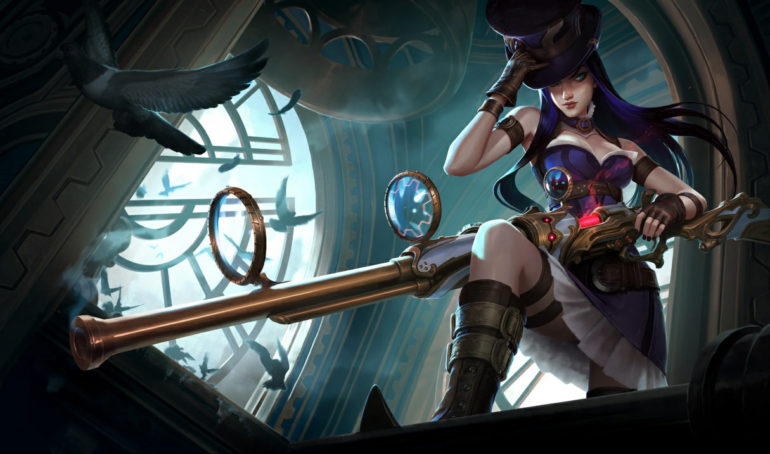 A League of Legends player caused the death of one of his allies by saving himself from Caitlyn’s ultimate. This move could’ve been the nail in the coffin for the team that was already severely behind in the match.

A Reddit user posted the surprising move on the League subreddit yesterday. Caitlyn tried to use her ultimate on Brand but it hit the wrong target after being unexpectedly redirected when the support player went back to spawn. The enemy Corki turned out to be in the way of the projectile and got killed by it instead of Brand.

This is a surprising result because Caitlyn’s ultimate is supposed to be shot in a straight line. The curved path it took resulted from a glitch due to the target’s drastic change in location.

Related: TheShy shows off his marksman skills on Aphelios

Several days ago, a patch fixed a bug where Caitlyn was able to land multiple auto attacks on targets trapped with her E, the 90 Caliber Net, as well as another where she could still land an auto attack while stunned.

Caitlyn is a consistently strong character in League‘s meta. Since the beginning of season 10, she’s been one of the strongest AD carry champions. She’s ranked fourth in popularity in Platinum rank and above with a 16.5 percent ban rate and a 49.2 percent win rate. The ADC champ with the highest win rate right now is Miss Fortune, though.

Caitlyn won’t receive any changes in the upcoming Patch 10.3, according to the patch notes.