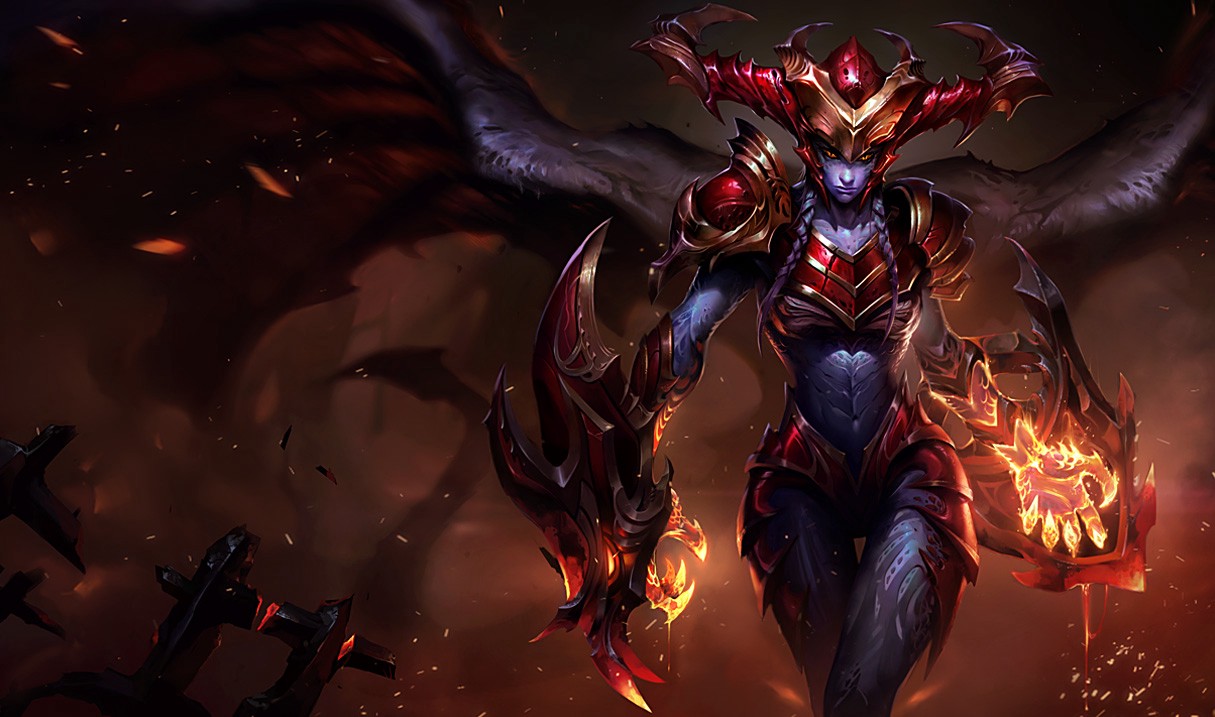 League of Legends patch 6.23 went live this morning, and players all over the world rejoiced because solo queue is back! For the first time in months, players can queue by themselves or with a teammate for ranked play. The other changes featured in this preseason patch were limited as updates made in patch 6.22 are still settling in. That made the biggest champion change stand out: Shyvana was given a mini-rework.

Already terrifying when fed, Riot implemented changes to make Shyvana an even better engage champion. Her ultimate, Dragon’s Descent, is now unstoppable, makes her bigger, and gives her bonus health. A huge, unstoppable dragon diving your back line? Look out.

To compensate for the buffs, her ultimate’s damage was reduced and her passive no longer grants her scaling armor and magic resist. She can still boost her resistances that her team takes, however, and she does 10 percent more damage to all drakes. It seems it takes a dragon to beat a dragon.

Shyvana’s E, Flame Breath, was also modified into a skill-shot projectile. In dragon form, it explodes and marks the target location as a flame zone. Finally, her W, Burnout, no longer leaves a flame trail behind her while she’s in dragon form, rather increasing in size when her ultimate is active.

The other patch changes include the anticipated release of the Elementalist Lux skins. Akali, Anivia, and Shen received minor buffs. Malzahar’s W, Void Swarm, was tweaked so that the voidlings deal more damage but can now be killed. Orianna’s Q/W chain was nerfed a bit; her W now fires after the ball reaches its destination, not in flight.

A few items were buffed, starting with Blade of the Ruined King (BOTRK) and Guinsoo’s Rageblade. Before this patch, BOTRK was being built on fewer and fewer champions. To compensate, it’s on-hit physical damage passive was increased to 8 percent of the target’s current health (from 6 percent). Guinsoo’s Rageblade will now increase attack speed by 25 percent, allowing users to stack its passive more quickly and providing a much stronger one-item spike. Meanwhile, Sterak’s Gage and Lord Van Damm’s Pillager (Twisted Treeline only) were made cheaper.

Finally, jungle XP was shifted around a bit: small krugs give more experience and small raptors give less. A few other bugs were fixed on interactions with jungle plants.

Following this patch players who see an updated Shyvana carrying BOTRK will want to run.