Halfway through the split, we still don’t know who’s good. 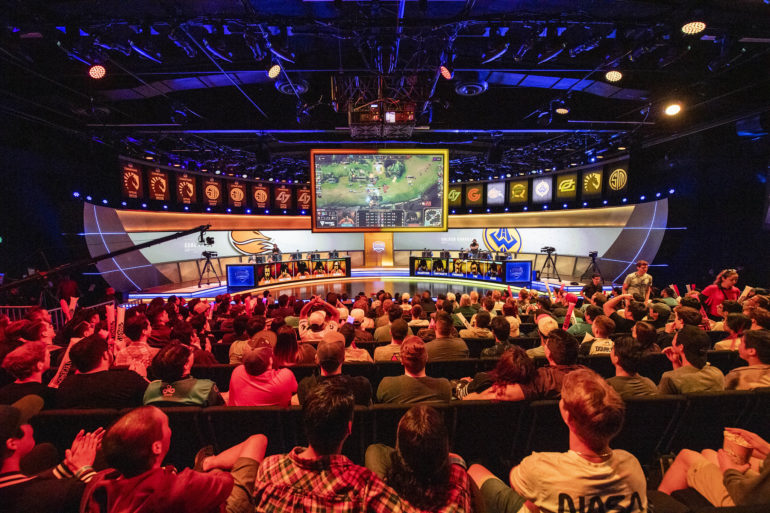 This has been a long time coming. CLG just beat bitter rivals TSM for the first time in over 1,000 days. That’s an absurdly long time for teams that play each other at least four times a year.

It’s been nearly that long since CLG were in real contention for the LCS championship. And yet, here we are, with CLG knocking on the door. In fact, they might be banging—they’re tied in the standings for first place with Liquid and Cloud9 at 7-3. And they’re the only ones with wins this split over both Liquid and TSM.

To see just how far up the power rankings they rose after the TSM win, we asked our voters to assign points to each team, from one point (worst) to 10 points (best). Here’s how things ended:

So what exactly happened last week to bring us to this point?

Okay, packing it in might be a little too harsh. The LCS is chaotic enough that just one week could see teams like Clutch or 100 Thieves vault back into playoff contention. But not Echo Fox—they’re done. Even trading for jungler Mike “MikeYeung” Yeung didn’t save them last week.

But the most interesting thing to come from teams in this tier was Clutch’s shocking announcement that they’re replacing head coach Brendan “mcscrag” McGee with Thomas “Thinkcard” Slotkin. Ironically, this is the second straight season that Thinkcard will take over the top spot for a team in the middle of the split.

Clutch aren’t necessarily a bad team, but they also seem to have plateaued in their growth under mscrag. Their lane phase has probably improved a bit with ADC Cody Sun in the mix this split, but they can’t stop turbo-feeding in the late game. And jungler Nam “LirA” Tae-yoo once again looks like he hasn’t evolved past the removal of green smite.

We’re not sure how much of an impact Thinkcard can have on this team heading into the second half of the split. Our bet is that more changes are on the horizon for this club, and not just the rebranding to Dignitas.

Two of the bigger surprises in the LCS this split have been the rise of OpTic Gaming and the decline of FlyQuest. While OpTic haven’t moved much in the power rankings since week two, FlyQuest have finally shown some signs of life and are on the upward climb again.

The truth is, FlyQuest probably never really were last-place bad. Getting support Kim “Wadid” Bae-in in the lineup as a regular has helped. And it’s about time Lucas “Santorin” Larsen starts displaying the form that he showed last split again.

OpTic are still really reliant on import mid laner Lee “Crown” Min-ho. When FlyQuest shut him down early last week, OpTic didn’t really have another lane to play around. The meta still focuses heavily around solo lane power, and both teams have to get better top lane play to continue climbing.

Golden Guardians have top lane figured out, and last week made a surprising substitution in their weakest point, the duo lane. After a pretty weak first game, the new duo found their footing against Echo Fox. The jury is still out on how well they can do against real competition.

Normally we like to differentiate a little more at the top of the standings because this is where things really matter. The difference between ninth and eighth isn’t that much when you miss the playoffs either way.

But with how messy these teams have looked at times, we can’t really say there’s much difference in their level of play—not when North America is still stuck playing best-of-one games.

For now, our ranking team has CLG tied with TSM in points, but our process in case of ties is to maintain last week’s standings. Frankly, their win over TSM wasn’t a surprise—they knew exactly what TSM wanted to do, matched their roams to the side lanes, and made TSM look the fool. TSM brought a lot of talent into the team, but the boys in black and white sure look a lot shakier.

C9 finally found a signature win over Liquid, with Yasin “Nisqy” Dincer’s Veigar leading the way. Still, that game looked more like Liquid forcing boneheaded plays and getting blown up than C9 actually showing a higher level. Liquid will probably continue looking uneven in the regular season, but we still think that come playoff time, they’ll show up for real. Then again, the more and more the silly losses pile up, the more we have to wonder: Is that just how Liquid really play now?