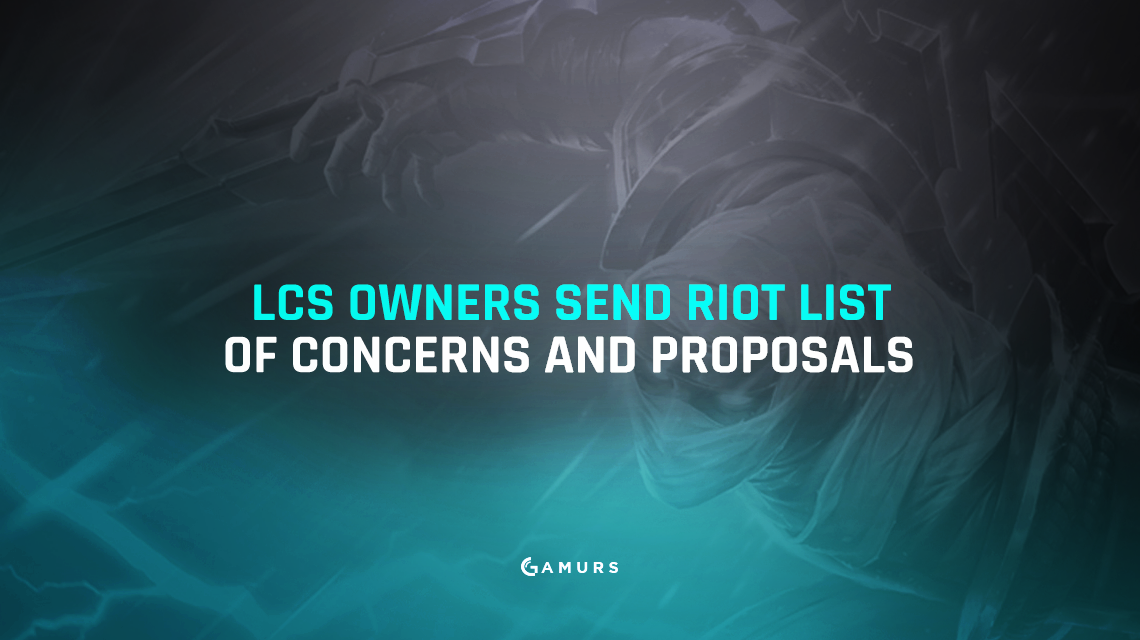 As reported by Slingshot Esports, the owners of North American and European League of Legends Championship Series teams sent Riot Games a letter outlining their concerns and proposals to alleviate those concerns. A copy of that letter was obtained by Slingshot.

The letter, addressed to Marc Merrill, Whalen Roselle, Jarred Kennedy and Jason Yeh, contained three main sections: a list of concerns, Riot’s proposals, and the team’s proposals. This comes after months of debate surrounding how Riot operates the LCS.

Problems to be Solved

The goal of the ongoing discussions held between the teams and Riot were meant to solve a number of serious problems, including:

Unfortunately, Riots’ proposals to the teams have done little to address these problems. As we understand it, Riot’s position is now as follows:

d. Sponsorship Revenue Sharing – Off the table until 2018.

f. Minimum Guarantee of Total Compensation – Off the table.

g. Guaranteed Promotions – Off the table.

The digital-item revenue concessions alone clearly will not solve the problems described at the beginning of this letter, especially if no action is taken on relegation, revenue-sharing or the establishment of an overall MG in 2017. Riot’s terms simply will not fix the instability and financial losses which the teams have articulated to Riot in detail. In an attempt to close the gap between our positions, the teams are willing to consider the following compromise solution for 2017: