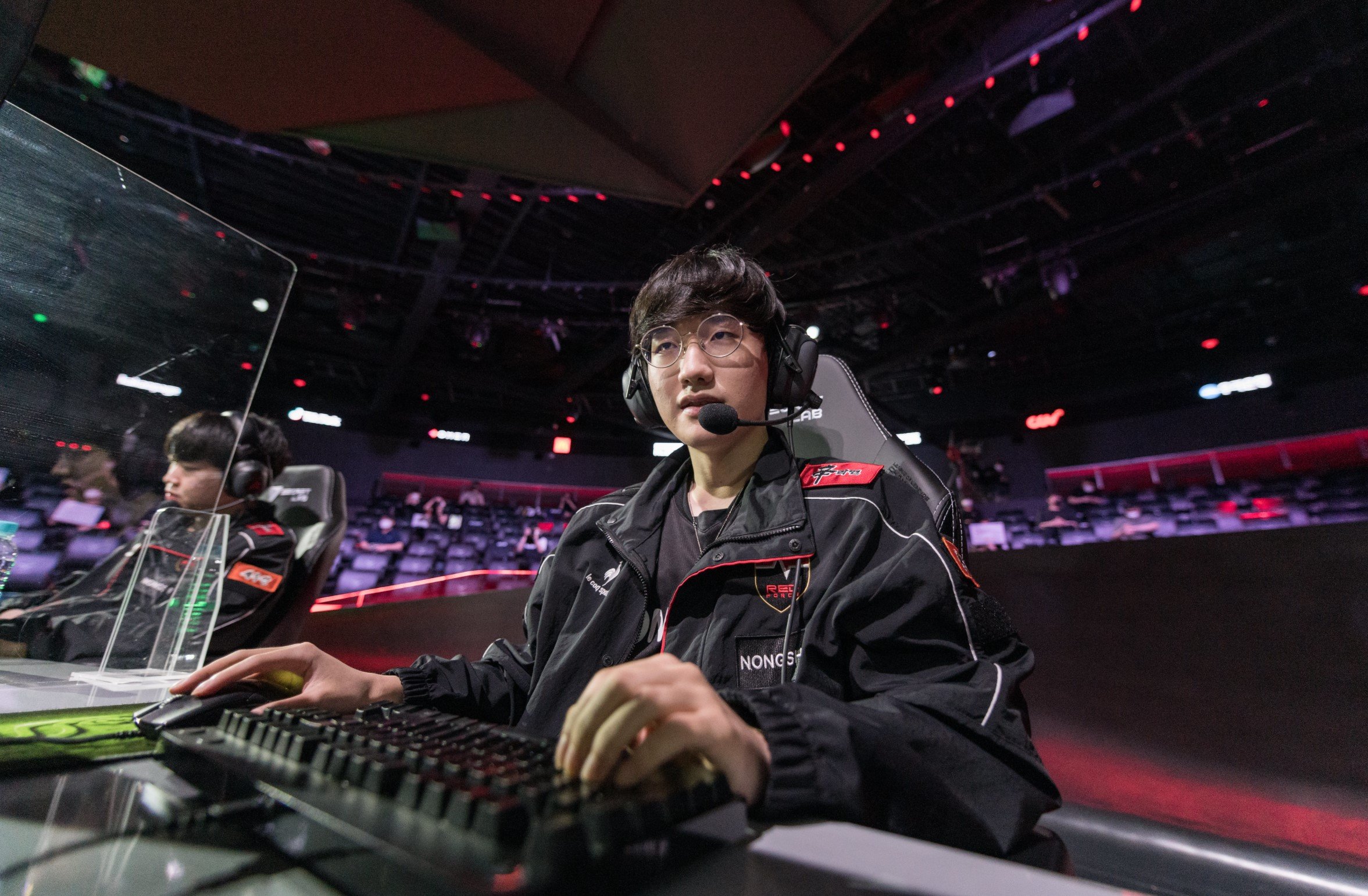 It feels almost poetic that after last week—the most stable and predictable week of the LCK season—the league decided to flip itself over one last time before the playoff bracket is finally set. Going into the last week of the 2021 Summer Split, it’s truly difficult to get a read on the LCK since the marginal differences between each of the league’s top teams can be decided by just a handful of matches.

This past week, every team in the top five of our power rankings made moves, while the entire bottom five stayed completely put. And even though we’ve established a strict, unwritten policy on teams moving three or more places up or down our rankings in a single week, it feels somewhat appropriate to have so much chaos in our table ahead of the season’s final week—especially with how much the LCK as a whole has flip-flopped throughout the entire season.

Still, League of Legends fans can take a little respite in the concept of the LCK practically turning into a six-team league for its final week of play. Considering the playoff field is set, there’s not much of a reason to worry about the teams that have been knocked out of the race. If anything, this upcoming final weekend of the season is all about playoff seeding and determining where each of the six teams in the final bracket will end up going into the postseason. As far as their relative strength goes, though, the final edition of our LCK power rankings for this season might be able to provide a bit of context.

Frankly, not every eliminated team in the league is deserving of a full post-mortem breakdown of their performance, especially considering that it feels like we’ve been harping on these four particular squads’ woes for months. But if there’s one team to zero in on after the 2021 season, it’s Hanwha Life. After finishing fourth in the Spring Split and looking like a practical lock to secure a Worlds berth if they kept up their pace of play, Hanwha Life fell off a cliff in the summer. What’s most stunning about the team’s fall from grace, though, is the personnel they managed to collapse with. Chovy and Deft, two players who practically carried a haphazardly strung-together DRX lineup to the quarterfinals of Worlds last season, couldn’t even come close to pulling off a similar feat this year.

And sure, it’s not surprising to see teams like DRX, Fredit BRION, and KT Rolster down in this section. But what is surprising is how Hanwha Life slumped down here to meet them. Even with minimal midseason roster changes, Hanwha Life were still unable to garner enough momentum for a late-season cruise to the international stage. At the end of the day, Chovy and Deft remain one of the strongest pairs of carries in the LCK, if not the world. One can only hope that next season they’re given the chance to shine together again in a stronger environment.

Perhaps what was most noticeable about the LCK this summer, though, was that teams who were weak in the Spring Split turned on the jets to the utmost degree in the summer. Liiv Sandbox and Nongshim RedForce notably crawled out of the woodwork to exploit any team that they might have been equal to once upon a time. As a result, one-time contenders like Hanwha Life, and even KT Rolster and DRX to an extent—who were both playoff-ready teams in the spring—weren’t able to keep up.

Back of the bracket: T1, Gen.G, Afreeca Freecs

With their main rivals in DWG KIA and T1 struggling to gain ground and relatively unproven teams such as Liiv Sandbox and Nongshim RedForce sitting atop the league, Gen.G had the chance to establish themselves as Korea’s top dog over the span of the last few weeks. Now that every top competitor of the team is starting to find their footing again, Gen.G are continuing to lag behind. Needless to say, that prime chance to easily secure the league’s top seed came and went. In their last four matches, Gen.G have posted a dismal record of 1-4, somehow taking an opportunity to climb into the LCK’s top spot and squandering it into a slide down the table.

Gen.G stared through an open window for the better part of four weeks but continuously turned from their opportunity to position themselves atop the league, listening to the sound of that window slamming shut as they walked away. This weekend, they’ll have to win matches against Fredit BRION and Nongshim to avoid falling even further down the playoff picture. Even if they win both of those matches, a top-four finish in the regular season isn’t guaranteed. Gen.G will need assistance from already eliminated teams like Hanwha Life and KT Rolster to ensure other playoff contenders slide down the ladder.

Down to the wire: DWG KIA, Liiv Sandbox, Nongshim RedForce

As we approach the final weekend of the LCK regular season, it’s hard to believe that DWG KIA are standing alongside Liiv Sandbox and Nongshim RedForce in the top three of our final power rankings for the year. If you would have told us at the beginning of the season that these three teams would be rounding out the pinnacle of the league with just two matches left on the schedule, we probably would have given you kudos for one-third of your guesses and an “A for effort” when it came to predicting the other two.

Still, even in the relatively volatile landscape of the LCK, DWG KIA seem to have found their stride and there really isn’t a hotter team in Korea (or maybe the world) than Liiv Sandbox. For the better part of the last month, the two teams have been on a collision course. Six consecutive match victories have propelled Liiv Sandbox from a 0.500 record of 5-5 to the very top of the LCK standings, while the defending LCK champions have come roaring back from a mid-split slump to once again grasp the league with an iron fist.

With that being said, it shouldn’t come as much of a surprise that out of all the matches on the schedule this weekend, none carry more weight than the match between DWG KIA and Liiv Sandbox on Saturday, Aug. 14. In that series, look to see how long Liiv Sandbox hold on for. Although they’ve lost six out of six games to DWG KIA this season, half of them saw the team up in gold heading into the late game, according to League stats site Games of Legends. If Liiv can deny DWG KIA of their usual last-minute heroics, they might just have a chance against the defending world champions in the regular season’s eleventh hour.

All things considered, it’s not particularly fair to call DWG KIA, Liiv Sandbox, and Nongshim RedForce the solidified “top three” of the LCK just yet. There are still two matches left on the board for each squad, and with such little room for separation between each of the league’s playoff contenders, it’s hard to believe that the current standings will remain perfectly intact once the regular season comes to a close on Aug. 15. There’s only one match separating first place from fifth place and, oh, would you look at that—every team has at least one more match to play. How convenient.