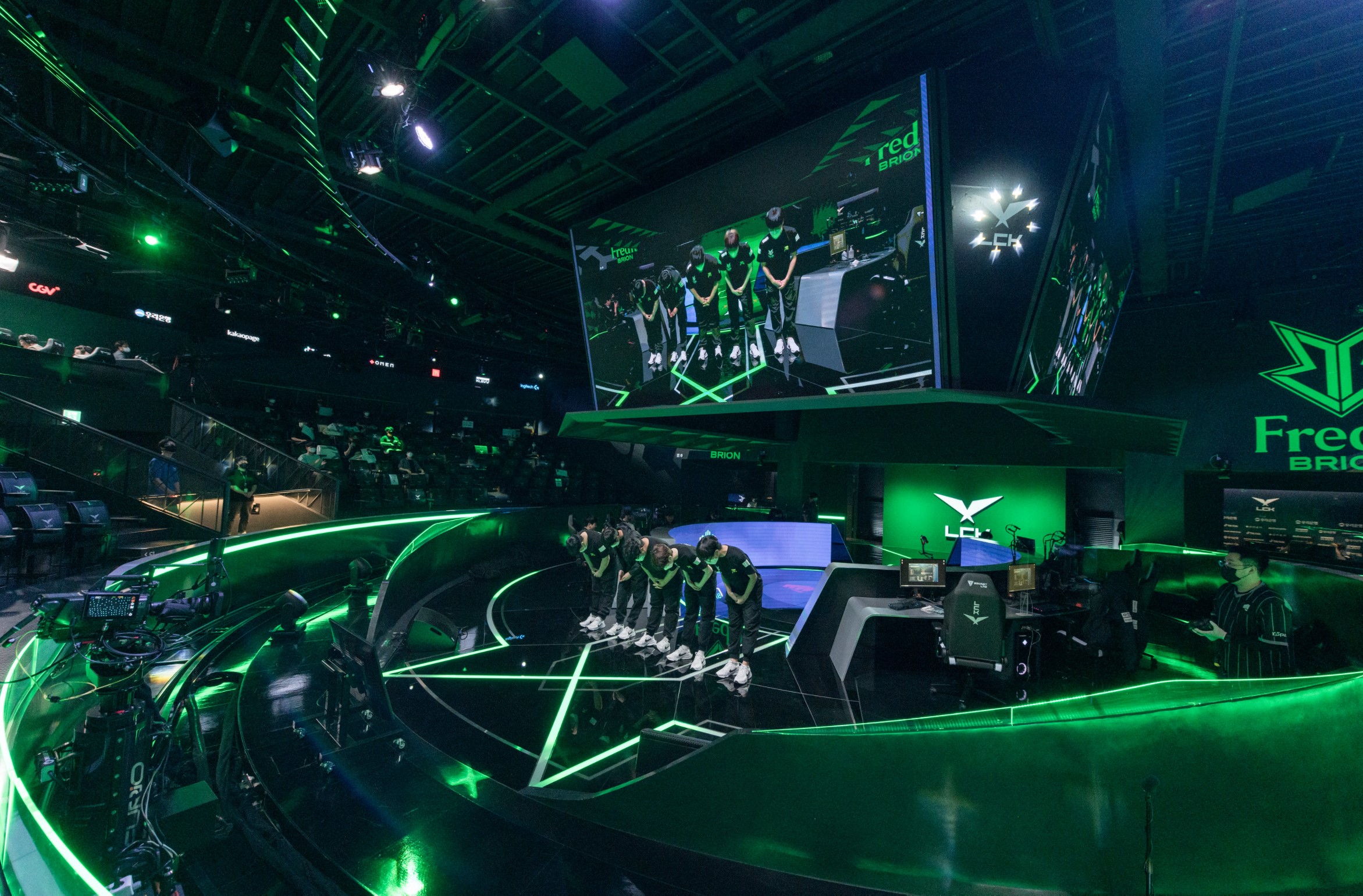 The LCK is in a state of disarray. The disparities in teams’ overall strengths are noticeable in comparison to the League of Legends Spring Split, and this week, we’ve finally seen enough games to be comfortable in moving certain contenders in our weekly power rankings.

The “Spring Split hangover” phase is over; teams are actually starting to show their worth on stage. With that in mind, we’re pulling the trigger and moving the LCK teams we’ve seen enough convincing performances from up (or down) the rankings.

Almost every team in the LCK shuffled up or down in our power rankings compared to last week, largely thanks to the fact that the league is in an incredibly unstable state right now. Nearly everyone is guilty of playing some seriously sloppy League to kick off the Summer Split, and while there are some who took that as an opportunity to climb up the ranks, others saw it as a chance to slide down to the bottom.

Here are our LCK power rankings after three weeks of play in the 2021 Summer Split.

All three of these teams were playoff contenders last split. Now, KT Rolster, Hanwha Life Esports, and DRX make up the bottom three of the LCK standings, respectively, three weeks into the Summer Split.

KT Rolster have done nothing impressive since beating DWG KIA in week one, Hanwha Life have fallen off a cliff after qualifying for last split’s playoffs, and DRX haven’t won a match since March. Something has gone terribly wrong for each of these teams, and a remedy needs to be delivered ASAP if any of them want to get back to the plateau they were on during the spring.

Welcome to a world where Fredit BRION are actually vying for a playoff spot one-third of the way through the LCK Summer Split. You might as well get used to it. This week, Fredit BRION are ranked seventh in our power rankings, the highest placing they’ve ever seen thanks to their first 2-0 week of the year. We all got a solid taste of BRION’s potential when they stunningly beat DWG KIA earlier in the year. But when they did it again last Wednesday, it became painfully obvious that this team was for real.

As far as other playoff race newcomers Afreeca Freecs and Liiv Sandbox go, the climb towards the top of the league has never been more wide open. Teams like Nongshim, T1, and DWG KIA have all looked relatively shaky as of late. A few impressive wins here and there for those middle-ground contenders could shoot them up the rankings with how unstable the LCK has been as a whole. Afreeca and Sandbox will go head-to-head this Thursday, July 1.

It could be considered shocking to see Nongshim ranked so highly among the field of LCK teams. But with how sloppy many of the teams have looked three weeks into the Summer Split, it’s not too far out of the norm to suggest Nongshim have looked the most put-together. Even Nongshim themselves are not absolved of sloppy play, however. The team looked relatively vulnerable during their 2-0 win over T1 last week. Keep in mind that lengthy head-to-head match (in which game one took a whopping 70 minutes) is the only reason why Nongshim got the edge over Faker and friends in this week’s ranking.

The fact of the matter is this: The LCK is in such a weakened state right now that a team that barely squeaked into playoffs last split is a solid top-three contender just a few weeks through the summer.

It’s been a couple of days since DWG KIA weren’t ranked on top of a Dot Esports power ranking—284 of them, really. The difference this time is DWG KIA aren’t being compared to a team from another region like they were when the team was ranked second ahead of last year’s World Championship. In their current state, DWG KIA aren’t even the best team in their region. After running rampant through the Korean scene for the better part of a year, the reigning World Champions are looking gassed.

And all credit in the world to Gen.G, really. This team kept pace with DWG KIA all through the Spring Split, and now, as the Korean titans falter, Gen.G are right there to take their place at the top of the LCK. After six months of debating whether Gen.G and DWG were playing a game of tug-of-war in a “1a and 1b” situation, it’s become quite clear that Gen.G are number one and DWG KIA are a solid number two.

Still, we’re lukewarm on the idea of calling DWG KIA “finished” or “through,” mainly because we’ve seen what this team can do in short periods of time. Just last month, DWG KIA came within one game of winning an international title, so we’re not too keen on writing them off just yet, despite the fact that the team is playing lackluster League and is—for some reason—experimenting with a new, role-swapped roster as opposed to perfecting the lineup that got them to the Mid-Season Invitational finals in the first place.