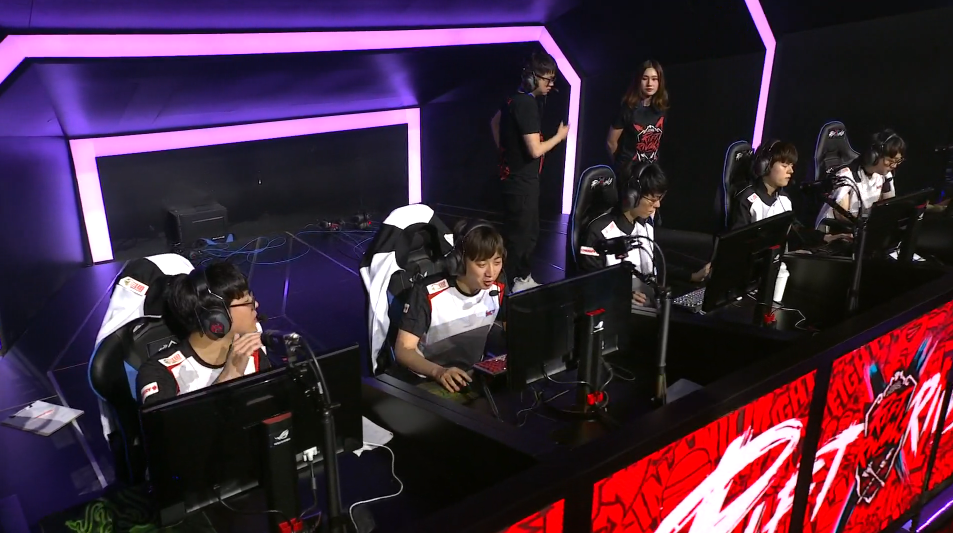 Korea’s LCK teams flexed their dominance to end day one of Rift Rivals in first place with a 3-1 match record.

The Eastern regional event started with a clash between the LMS and LPL’s first place seeded teams: Flash Wolves and Royal Never Give Up. Flash Wolves overcame the late game Kai’Sa of RNG star AD carry Jian “Uzi” Zi-Hao with excellent mid-game teamfighting to earn the LMS their first win of the tournament.

Sadly for Flash Wolves, their LMS compatriots in Machi Esports and MAD Team were unable to find any other wins for the region that day. And two of the three losses suffered by the LMS last night were at the hands of the LCK’s SK Telecom T1 and KT Rolster.

SKT and KT found a combined three wins, lifting the LCK to first place in the Rift Rivals standings. KT in particular produced two quite impressive victories of the night. They unveiled an interesting gold funneling composition against MAD Team, which paired a carry Taliyah with a Shen supporting. This composition allowed KT to create a huge gold lead solely through macro play, and without the need for almost any kills.

A post-reworked Aatrox also made his debut in major competitive play last night in Invictus Gaming’s win over MACHI Esports. IG top laner Kang “TheShy” Seung-lok displayed the laning prowess and teamfighting capabilities of the Darkin Blade with a performance that earned him MVP for the match. And with Aatrox yet to have his hotfix-buff enabled in competitive, expect the champion to make appearances in regional league play following Rift Rivals.