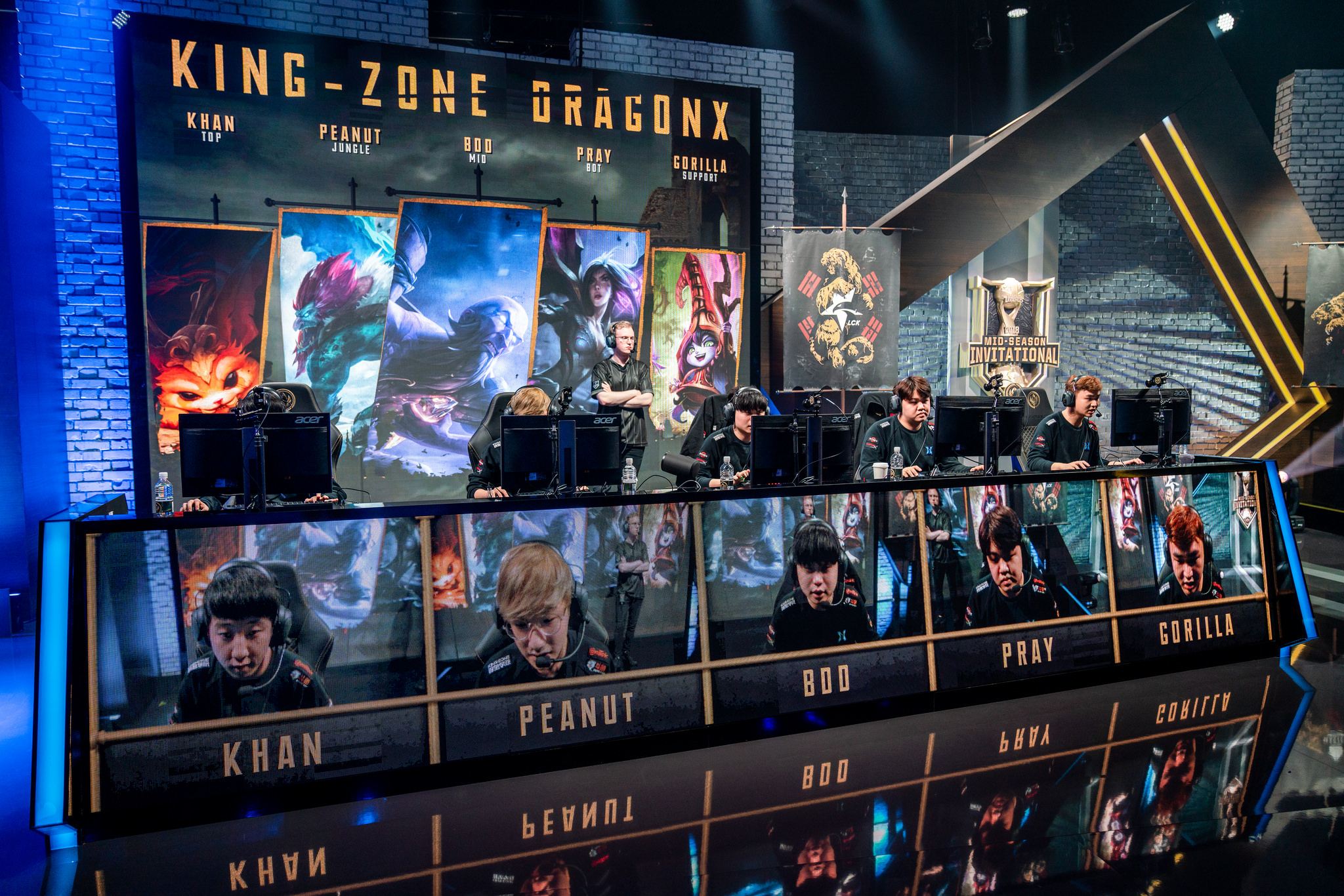 The third day of the 2018 Mid-Season Invitational was all about who could compete for the best seeds heading into the knockout round.

Flash Wolves threw down the gauntlet by remaining undefeated—and beating LCK champions KINGZONE DragonX. Needing a win to maintain their grasp of second place, KINGZONE let forth their fury in the last match of the day against Team Liquid.

Liquid had just secured a modicum of hope by beating Royal Never Give Up earlier in the day. After finally posting a win, Liquid were visibly lifted emotionally.

“We’ve been playing scared, nervous.” Liquid ADC Yiliang “Doublelift” Peng said after the RNG game. “After winning maybe the momentum will turn in our favor.”

The team certainly looked better in their second match—but they were up against KINGZONE. Better just isn’t good enough when going against a squad of that caliber, especially one that was hot coming off a loss.

KINGZONE started to rectify things by grabbing Camille for top laner Kim “Khan” Dong-ha in the first half of the draft phase. Khan playing tanks has been one of the strangest developments at MSI, and it was good to see him go back to comfort with a splitpusher.

When the game started, however, KINGZONE’s first focus was to shut down the Liquid duo lane that had been so good in the win over RNG. Jungler Han “Peanut” Wang-ho spent a huge amount of time trying to secure bot side priority. Liquid survived a few early ganks, but eventually the numbers became too much to deal with.

From there, it was a slow, patient game for the South Koreans. They simply did not give Liquid any opportunity to engage with Ornn ult and win a fight with Kog’Maw damage. Each objective they took was for free, and Liquid severely underestimated the power of KINGZONE’s semi-global positioning tools. By the time KINGZONE had to fight to break the base, it was too late for Liquid. They were too far behind and gave up the game without a protest.

KINGZONE now sit alone in second place, ahead of Royal and Fnatic, who are both tied at 3-3. Liquid fell into a tie for last with EVOS Esports. The road up from there isn’t pretty—they have just four games left to make up a two-game deficit, and even if they do tie for fourth, they will likely need one or more tiebreaker games to get into the semifinals.

KINGZONE’s next game is tomorrow at 4am CT against Royal, while Liquid will take on EVOS at 6am CT.