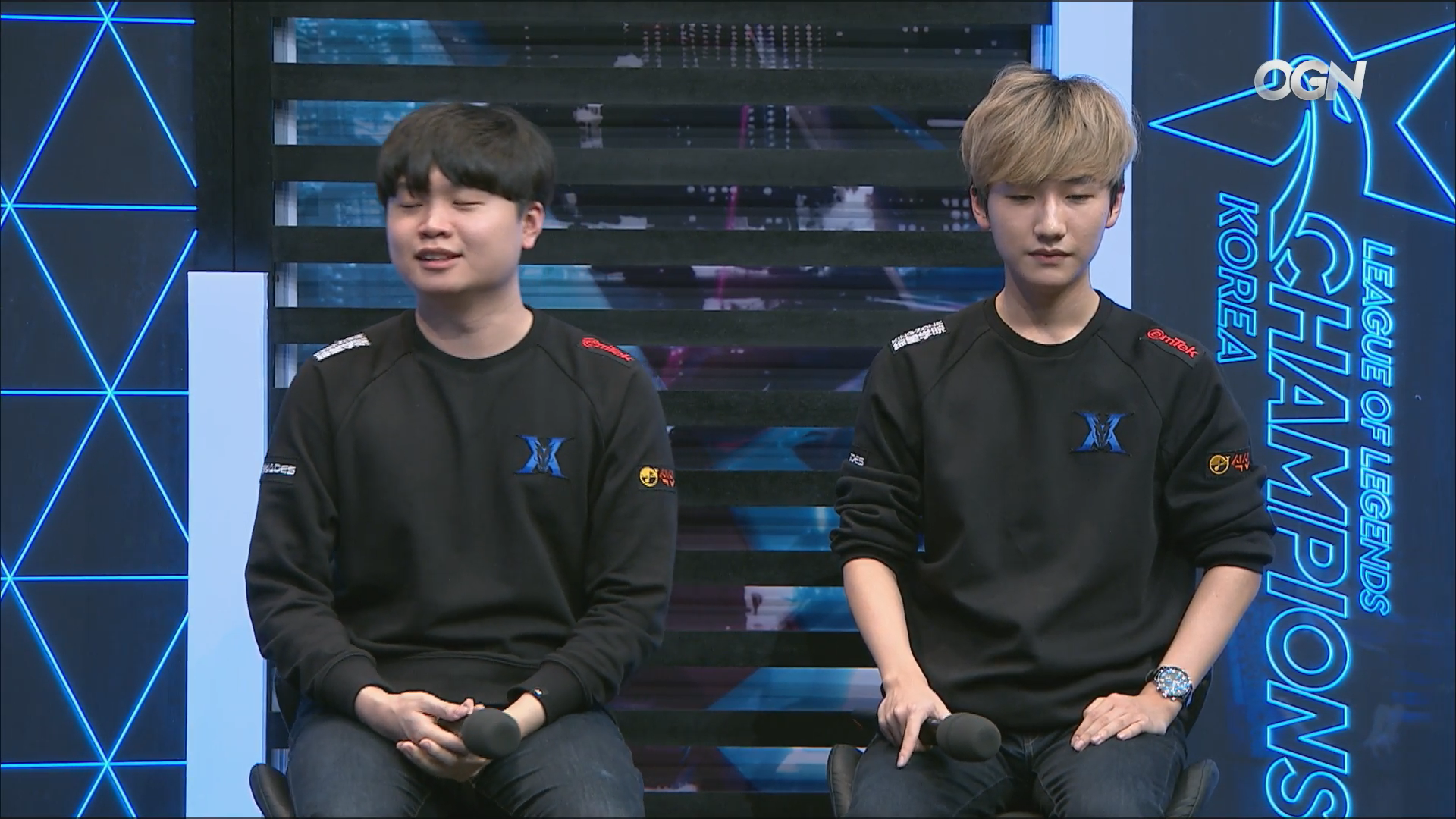 KING-ZONE DragonX defeated KT Rolster in the top of the table clash in the LCK earlier today.

Both teams went into this match knowing that the number one position was on the line after KSV’s lose to ROX Tigers yesterday. A win today would finally break the weeks of deadlock, and give LCK its sole leader—while the losing team would drop into the chasing pack.

KING-ZONE’s first game victory all came down to KT’s mistakes in the mid-game. After a sluggish start between both teams where KING-ZONE were leading only by CS difference, KT tried to break the deadlock with a poor gank attempt in the mid lane.

This play ultimately backfired as KING-ZONE picked up two kills and used the lead to dominant the rest of the match. KING-ZONE had taken over KT’s jungle since the early game with impressive vision control, allowing them to see where KT’s jungler was at all times.

Unlike the first game, KING-ZONE’s jungler Han “Peanut” Wang-ho power farmed his way to level four as quick as he could on Zac, and rushed to the top lane to secure his team first blood. KT didn’t expect Peanut to gank so quickly and were not prepared at all for the sudden gank.

Most of the team fights in the second game were won by a dominant KING-ZONE side. KT started the game strong with superior objective control, but seemed to switch off near the end as KING-ZONE took control of the tempo of the match.

It wasn’t long until KT finally crumbled. KING-ZONE grabbed the Baron buff at the 35-minute mark and forced their way into KT’s base through the bottom lane, securing themselves the 2-0 victory.

The result leaves KT Rolster in joint second alongside Afreeca Freecs and KSV Esports with a record of 5-2 while KING-ZONE jump into first place.