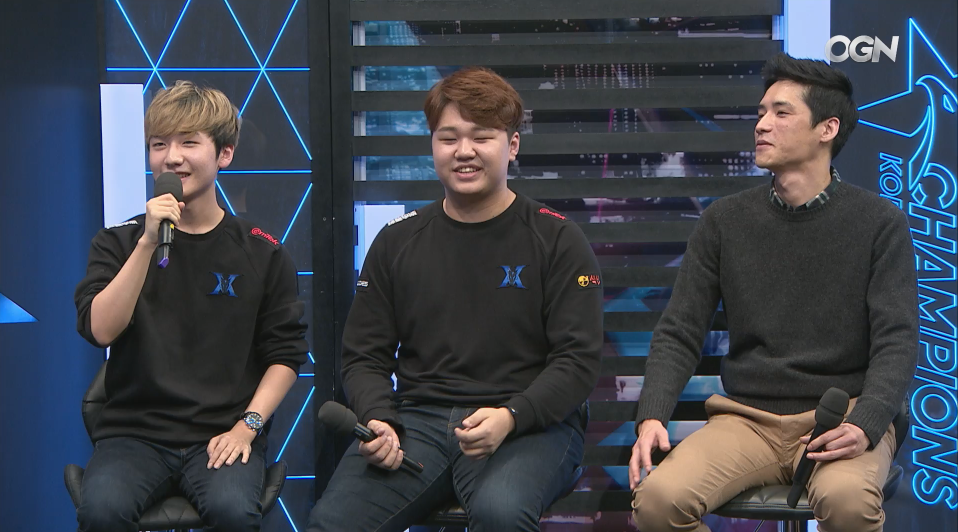 This article is brought to you by LoLwiz — The no. 1 in-game stats app.

KINGZONE DragonX have booked their ticket to Busan for the LCK 2018 Spring Split final after their swift 2-0 victory over KT Rolster.

It’s undeniable that KINGZONE have held a tight grasp over the LCK throughout the Spring Split. KINGZONE’s overwhelming dominance throughout the past eight weeks left little questions as to which team was the best in league. The question that remained though was if any other team could catch up to KINGZONE. With second place Afreeca Freecs unable to take a series win in their two allocated regular season bouts against KINGZONE, their seemed to be only one team left who had the ability to challenge KINGZONE—KT Rolster.

KT started this series strong. KT jungler Go “Score” Dong-bin kept his team on pace with KINGZONE with constant ganks as Zac. In order to gain a lead for KT top laner Song “Smeb” Kyung-ho’s Fiora, Score focused the top side. In return for Score’s top side focus, KT were forced to yield the first two Mountain Drakes to KINGZONE—a move which would soon prove fatal.

KINGZONE took advantage of KT’s lapse in vision around the Baron pit to grab the buff at 20 minutes, right when the objective spawned. While normally this play would be almost impossible with the strength of Baron upon spawn, with their two Mountain Drakes, KINGZONE were able to quickly slay the Baron before KT could aptly respond.

With the Baron buff on their persons, KINGZONE easily snowballed the game from there after. With the buff KINGZONE not only destroyed seven turrets, but KT’s chances at a game one win.

Although those deaths put KT behind, it didn’t mean the game was over. No, that play came 17 minutes in during a teamfight which also occurred in the bot lane. KINGZONE almost got an ace, and the first place team’s team composition had come online much earlier than usual with the sudden surge in gold. KT, unable to fight KINGZONE’s fully powered champions, slowly deflated until their nexus was shattered.

With first place locked, KINGZONE will be automatically be seeded to the LCK Spring Split final regardless if they lose their upcoming matches to Jin Air Green Wings and KSV Esports. The rest of the trailing pack will now have to compete to join them.