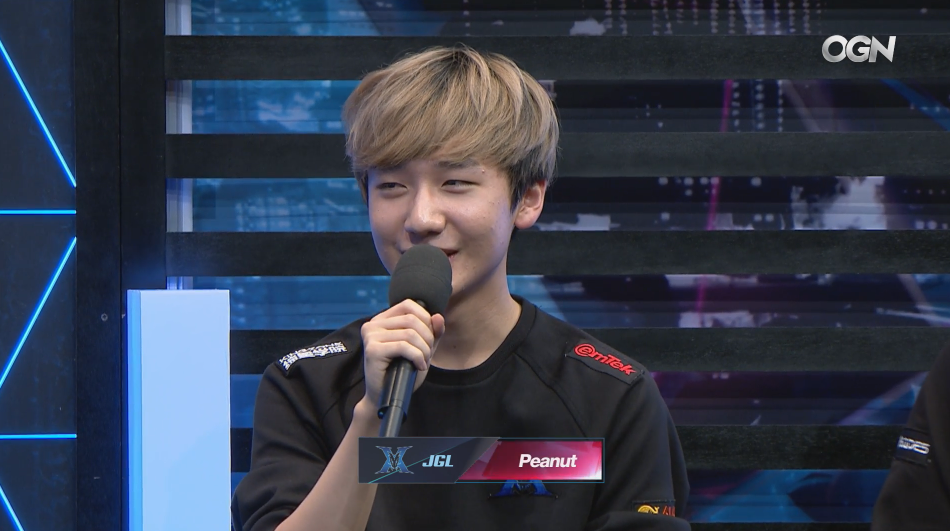 KINGZONE DragonX improved their League of Legends Champions Korea single-game win streak to 14 after a 2-0 victory over Jin Air Green Wings in one of the strangest matches of the year thus far.

Today’s opening LCK matchup featured the slowest team in the league, Jin Air, going up against Korea’s fastest team, KINGZONE. As both teams loaded onto Summoner’s Rift for game one, questions on the manner in which this match would be played arose from the casters. Would KINGZONE bulldoze their way to yet another win before 40 minutes, or could Jin Air force the best team in the league into the late game? The latter proved to be the right answer.

Game one, which lasted almost 50 minutes, saw one of the weirdest streaks of pacifism from Jin Air and KINGZONE. Neither team wanted to fight each other, and instead, they chose to try to outplay each other through macro play—which is where KINGZONE succeeded. KINGZONE took a Baron, Elder Drake, and an inhibitor before Jin Air found the first kill of the game at the 39-minute mark.

But it was Jin Air’s late first blood that seemed to flip a switch within the team. Jin Air ADC Park “Teddy” Jin-seong completed his entire build as Caitlyn and began to decimate KINGZONE’s more fragile team composition.

Jin Air were just a couple of auto attacks away from ending KINGZONE’s win streak, but then their game one hopes were crushed, as KINGZONE aced Jin Air and barely prevented their Nexus from being destroyed.

Game two saw Jin Air give up even more early objectives. From dragons to turrets, and even Barons, KINGZONE were free to take whatever they wanted. Jin Air hoped to once again try for a late-game comeback, but they accumulated too heavy of a deficit to overcome. And without a hyper carry like Caitlyn to rely on, Jin Air were without any way to match KINGZONE’s rich champions.

After their final match of the week, Jin Air and KINGZONE now have some time off, as the LCK takes a week break for the Korean Lunar New Year. The LCK will return tomorrow, Feb. 11, for its final day of play before the break begins.