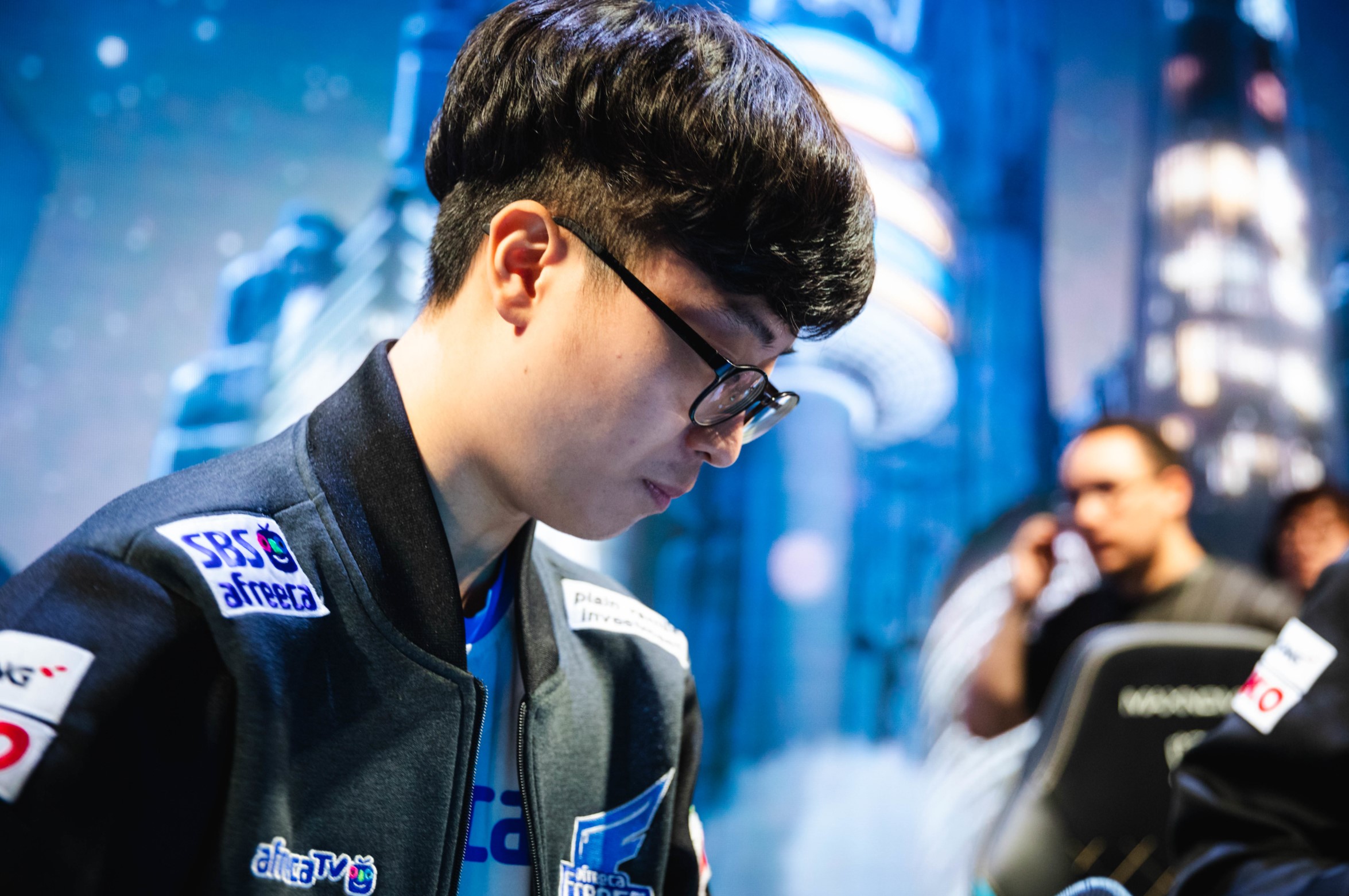 The man leading this charge was the 22-year old star top laner, who has been one of the pillars of the team through the season. He secured one of the two MVP votes and finished with a combined KDA of 12/2/18 in the winning matches. His Viego and Renekton performances were some of the best showings of the split, carrying his team with his tankiness in team fights after dominating the laning phase against Khan.

The other MVP vote was picked up by Fly, who had a great showing on an underrepresented champion—Lissandra. He withstood the pressure from ShowMaker’s LeBlanc during the laning phase and then went to roam to other lanes for easy kills. With Lissandra’s ability to blink through walls, he was able to set up good ganks for his team and lead his team to a one-sided victory.

The first game of the series opened up with a strong performance from the DK squad, who were the favorites. Khan had a monstrous performance on Jayce in the top lane, securing a couple of early kills and then snowballing out of control. After 34 minutes of pure domination, DK picked up the first game win.

Going into the second match, DK banned Jayce away from Khan after he single-handedly carried his team in the first match, while also securing Viego and Orianna, who were banned in the first game. With a stronger draft, they were able to equalize the series after playing safely early on and scaling for the mid-game.

In the last match of this showdown, AFS popped off on the entire map from the get-go. With the confidence boost from the previous win, they went for a lot of aggressive plays and secured early towers, dragons, and Rift Heralds. The MVP vote could have easily gone to any member of the team after their outstanding performance to secure the reverse sweep.

AFS (8-6) are currently in sixth place with the same series score alongside DK (8-6) and T1 (8-6). If they want to overpass these two behemoths, they need to win all remaining matches, most likely with a score of 2-0, to get a better game score. With only a couple of matches left, their playoff spot seems secured unless they lose all their remaining matches. They’ll be back on the Rift with an easy match against DRX on Saturday, July 31.