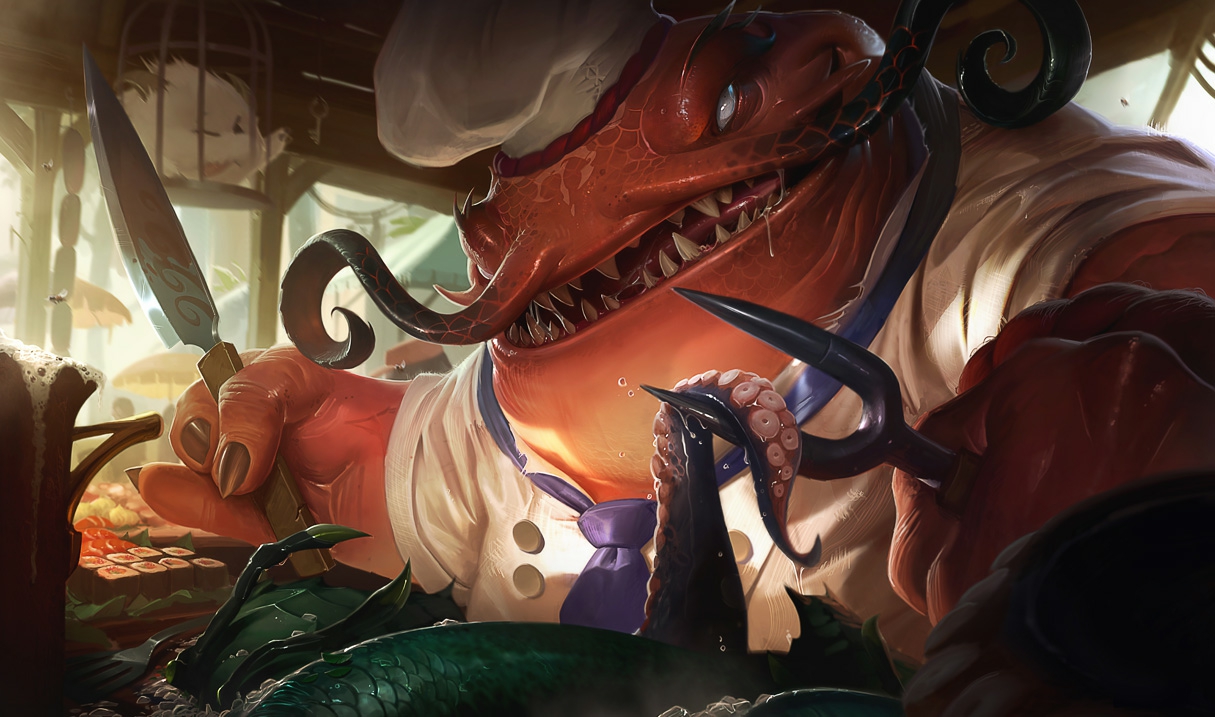 New runes have changed everything about League of Legends.

All sorts of champions are coming back into the meta with funky builds. From Kleptomancy Ezreal to Summon Aery Nasus, we’re seeing a tremendous amount of creativity. One of the newest innovations is with Tahm Kench taking Phase Rush. With the right build, the River King can speed himself up to an almost comical degree. We first got a taste of this in the GPL All-Star event.

The big question was whether anybody would have the gumption to try that this week at the overall All-Star Event? If any player were to try it, you’d expect it from someone representing Southeast Asia. That left it up to Park “Jisu” Jin-cheol, Southeast Asia’s last standing representative at All-Stars.

With his back against the wall, Jisu pulled out Tahm Kench in the deciding match of his one-vs-one semifinals against NA mid laner Søren “Bjergsen” Bjerg. He had been totally bullied by Bjergsen’s Zoe in the first game. This time, going against Bjergsen’s Taliyah, he had to make a big play.

The play was extremely close. Jisu built enough taste stacks to gobble Bjergsen up. But in the end, his damage just wasn’t enough. A missed Q at the start of the exchange meant he couldn’t finish under turret.

With the quick 2-0, Bjergsen is through to tomorrow’s final where he will face defending champion Jian “Uzi” Zi-hao.