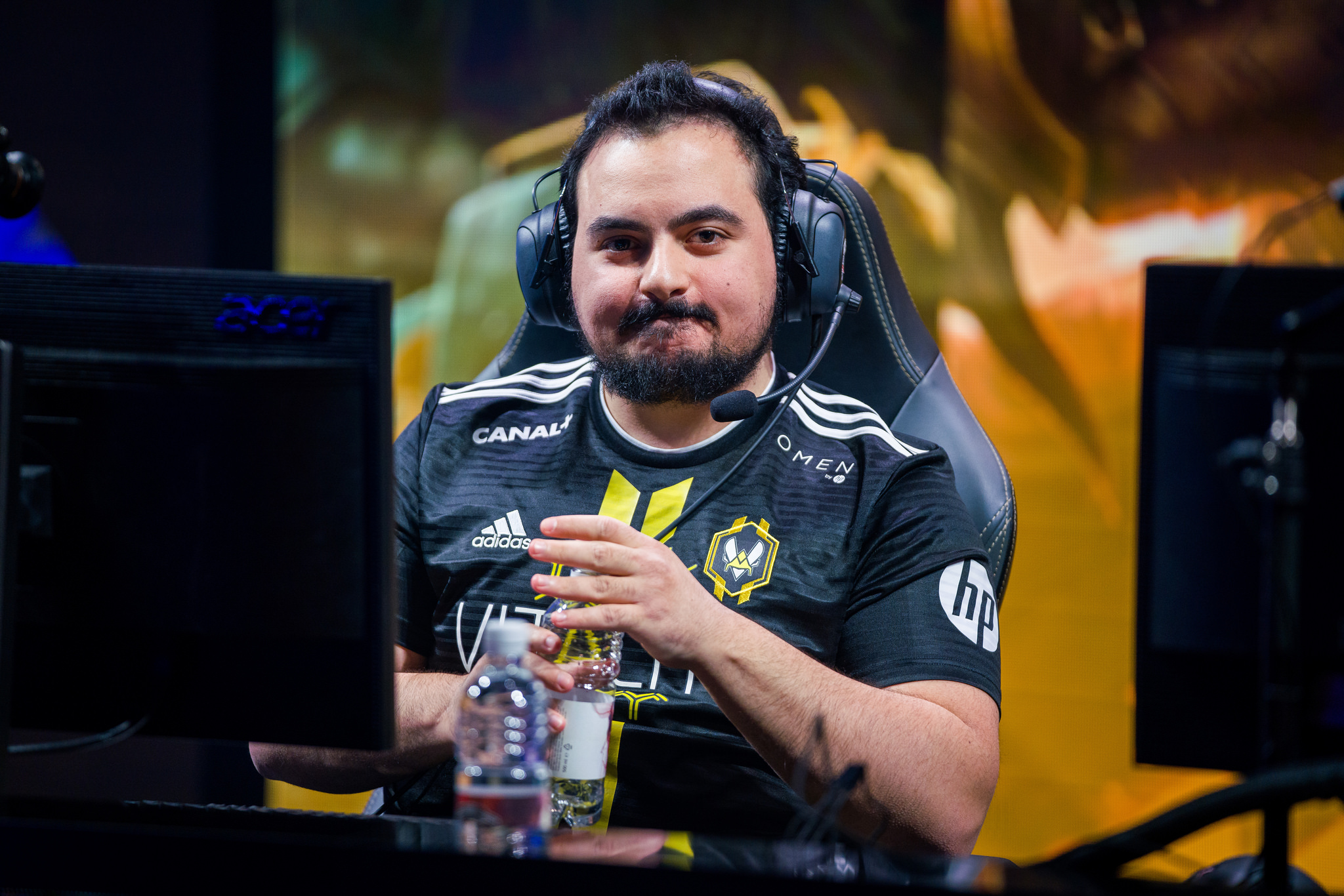 Danielle “Jiizuke” di Mauro has burst onto the scene of the European League Championship Series. He and his Team Vitality teammates are off to a 7-1 start in the league partly because of Jiizuke’s dominance in the mid lane. He has quickly shown that he’s a great player and is the early nod for Rookie of the Split.

But what’s arguably even more impressive is that Jiizuke has played so well that he could become the first rookie to win LCS MVP of the Split in either North America or Europe. Jiizuke, nicknamed “The Italian Stallion” by the community, has lived up to the hype as even LCS commentators were praising him before he joined the league.

For most fans, Jiizuke’s fantastic start may come as a surprise for a rookie. But for anyone who watched him in the EU Challenger Series from the spring of 2016 to the summer of 2017, his success probably isn’t all that surprising. Jizuke played for Team Forge and Giants Gaming’s sister team, Giants Only the Brave. He secured promotion with the Giants before his switch to Team Vitality on Dec. 20, 2017.

Anyone who watches Jiizuke’s gameplay can immediately notice his high-level mechanics. Whether he’s on Ryze, Azir, or Zoe, Jiizuke has shown off his fantastic in-game mechanics multiple times so far this split. His ability to land skill shots and dodge enemy damage helps keep him alive to win the fight.

One play that demonstrates his mechanics is a one-vs-two in the bot lane against Unicorns of Love. Matti “Whiteknight” Sormunen and Fabian “Exileh” Schubert thought they had Jiizuke dead to rights in the bot lane. The Italian Stallion outplayed them both on Malzahar, however, as he brilliantly weaved around the incoming damage using his voidlings. Jiizuke’s raw mechanics are on display here, as he kept himself alive and gave Lucas “Cabochard” Simon-Meslet enough time to rejoin the fight and secure a kill on the Cho’Gath.

Another strong aspect of Jiizuke’s play is his confidence and level of aggression. Jiizuke is a very confident player, and when he knows he has the advantage, he’ll use that to take an even bigger lead. This part of Jiizuke’s play was profiled in his game against Fnatic. After getting multiple ganks from his jungler, Eerberk “Gilius” Demir, Jiizuke was far ahead of his opposite laner and was incredibly strong on Ryze.

Paul “sOAZ” Boyer and Rasmus “Caps” Winther underestimated this power as they attempted to kill Jiizuke two-vs-one. Jiizuke didn’t blink, and instead, he charged into battle against the two Fnatic players and came out victorious with two kills. Since this game, Ryze has been banned in all of Jiizuke’s matches, which has forced him to pick other champions.

While there are many good aspects of Jiizuke’s play, there are a few question marks that may hold him back from winning MVP. Consistency, champion pool size, and over-aggressiveness are potential weaknesses.

So far this split, Jiizuke has played four champions in eights games: Ryze, Zoe, Azir, and Malzahar. This may create a champion pool issue because as the meta shifts and these champions fall out of favor, it remains to be seen if Jiizuke has a strong proficiency outside of these four champions. If he can’t perform well on different champions, that may hamper his confidence and aggression.

Though confidence and aggression can be good traits of a player, sometimes they can get them into trouble. While Jiizuke has shown positive signs of controlling his aggression, occasionally he can be found stepping too far forward or thinking he has an advantage when he doesn’t. This aggressive style can punish his team if he goes forward at the wrong time. Despite the few mistakes he has made with aggression, Jiizuke’s play has predominantly been top level.

Jiizuke is the early favorite for Rookie of the Split due to his fantastic play in the mid lane, even overshadowing fellow rookie teammates Jakub “Jactroll” Skurzyński and Amadeu “Minitroupax” Carvalho. Winning MVP of the split is a great feat in its own right, but to do it as a rookie is an even greater accomplishment. Jiizuke’s play so far this split has all the signs of an MVP performance—now all that remains to be seen is if he keep it up.