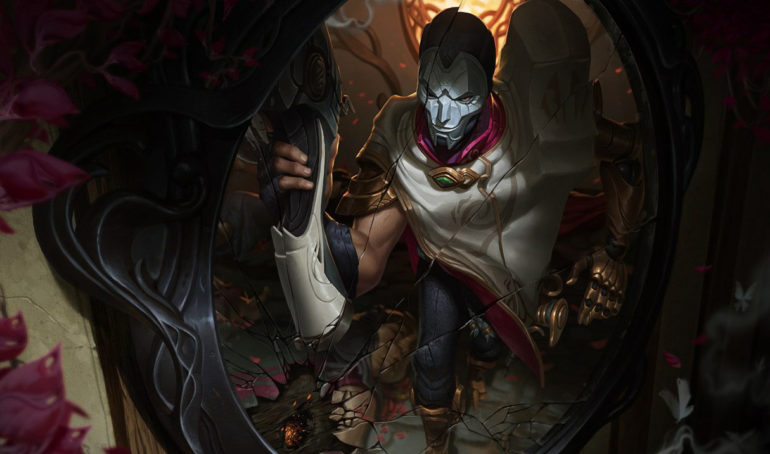 Jhin is generally considered to be one of the most balanced AD carries in League of Legends. His perfect combination of high damage, long-range, and low mobility has meant his kit has barely been touched since he was released four years ago. But in last week’s patch, it looks like Riot may have unwittingly nerfed him.

Jhin’s Dancing Grenade (Q) originally increased its next bounce damage by 33 percent per kill, stacking up to 105 percent. If the target died before the next bounce, however, the damage would automatically increase. This meant players didn’t necessarily have to last-hit the target to get the increased damage. It’s not clear whether this was an international mechanic or a bug, but well versed Jhin players had been exploiting it since his release in 2016.

If a Jhin player used their Q on three minions and none of them died, directly before the last bounce, they could finish the minions off with their Deadly Flourish (W), or with auto attacks, and reek the benefits of the increased damage.

In the latest patch, though, it’s no longer possible. Instead of dealing the increased damage, Dancing Grenade now hits flat damage. IKeepItTaco demonstrated it on his stream.

In the patch notes, there’s no mention of Dancing Grenade. In fixing a minor Captive Audience (E) bug, it looks like Riot may have unintentionally created another. “Jhin’s basic attacks no longer change into Captive Audience after he’s hit by Sett’s The Show Stopper.”

Whatever happened, IkeepItTaco and Jhin mains alike hope Riot admits its mistake and adds the mechanic back into League.