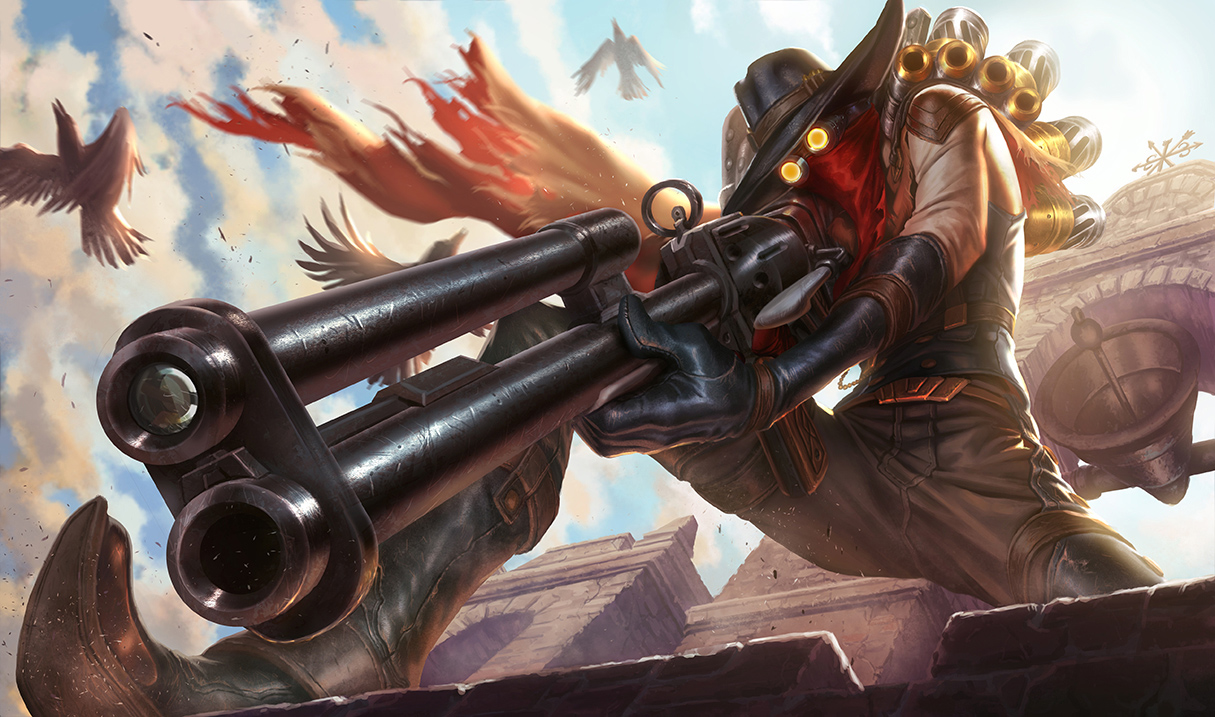 Jhin is being targeted for momentous buffs to hit during Patch 7.12 in a couple weeks, according to the most recent PBE update.

The Virtuoso’s glory days are certainly behind him. At the start of the season, he ruled the meta with the highest combined winrate and playrate of any other ADC, and in fact, his winrate had never dropped below 50 percent for the year following his release. In April, however, everything changed. The Blade of the Ruined King was reworked and became the next flavor of the month item for ADCs. Unfortunately, however, champions that didn’t benefit from the item fell out of the meta almost instantly, as they were unable to keep up in damage with those that built it. Jhin was one of them.

He went from being played in more games than any ADC other than Varus, to being one of the least effective marksmen in the game, according to League of Legends stats website Champion.gg. This was one of those rare circumstances that a nerf to a champion wasn’t what caused them to break. Those days of misery might be behind him though, because Jhin just received a round of huge buffs on the PBE yesterday.

There are two major buffs heading Jhin’s way. Firstly, his Q, Dancing Grenade, is having its base damage lowered by five at all ranks, but its AD scaling is being increased by 10 percent at all ranks. Jhin is one of the highest AD marksmen in the game, possibly the highest, so 10 percent more AD scaling is a huge amount of damage in the later stages of the game. For reference, if Jhin has 350 AD in his current state, his max rank Q would deal about 800 damage on the last bounce if each prior bounce killed a target. After this buff, that last bounce would instead deal about 875 damage. All of that doesn’t weigh in the AP scaling on the ability, though, which is small due to Jhin not building any AP, so we didn’t calculate it.

Curtain Call, Jhin’s ultimate ability, is receiving a flat increase to its base damage at all levels. Each shot from the ultimate will deal 20 more base damage at max rank, which is a fairly straightforward power increase. Jhin’s damage is going up considerably, and it may be enough to bump him back into the meta again. Twitch, Draven, and Caitlyn are still very powerful though, so he wouldn’t be sitting atop the meta throne this time. At least now he’ll be able to fight for it.