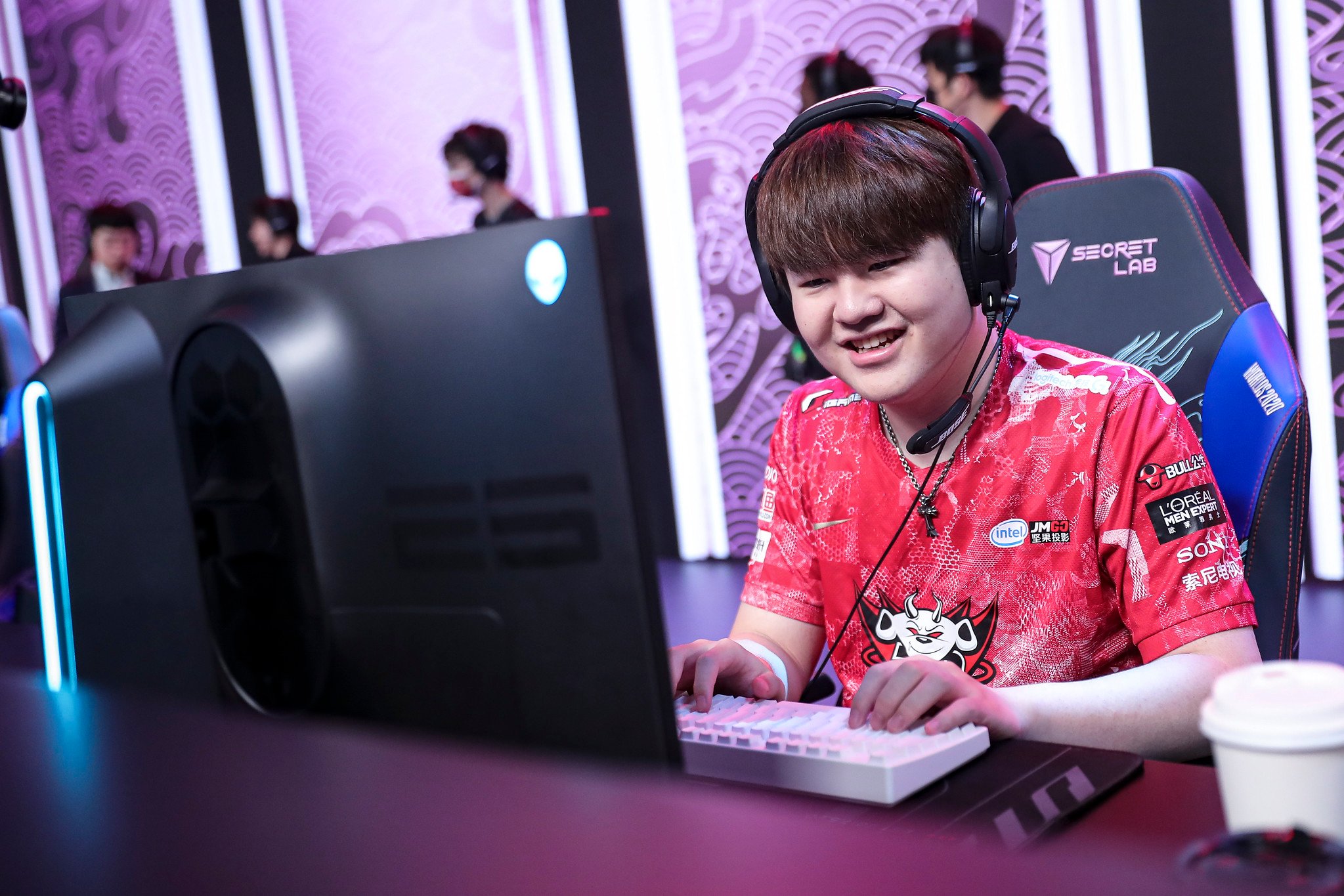 JD Gaming took down Team WE today in a decisive 2-0 win for the fifth week of the 2021 LPL Spring Split.

The stars of today’s League of Legends match were Zoom and LokeN, who both received the MVP votes for their performances throughout the series. Zoom popped off in the first game on Renekton, finishing the game with a 4/1/6 statline, while LokeN used Jhin in the second game to end Team WE’s chances of a reverse sweep.

The series began with a powerful early game from Team WE. They secured leads in multiple lanes and built up a 4,000-gold lead by 15 minutes. JDG maintained their focus and, with the help of Zoom’s Renekton, came back into the game. After winning a couple of teamfights, they turned the tides against Team WE and secured the first win of the series.

Following the loss from the first game, Team WE once again went for aggressive early-game plays. Their playstyle was rewarded with a 5,000-gold lead by 15 minutes this time. JDG used their superior teamfight mechanics again to overwhelm Team WE even while being behind in gold. After taking down the Baron following a teamfight win, JDG closed out the series.

Following this 2-0 win over Team WE, JDG (4-3) are now in seventh place in the 2021 LPL Spring Split standings. They’ll be back in action next week with two matches against Suning and ThunderTalk Gaming.