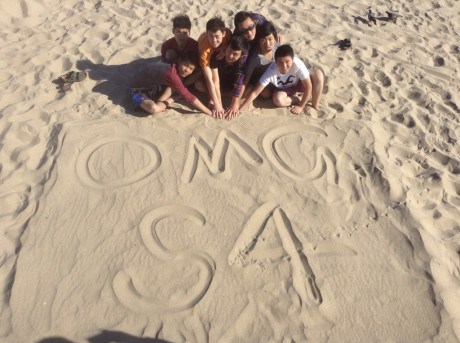 Interview with OMG in Singapore

The Season 4 World Finals games for Groups C and D will be held from Thursday to Sunday this week. 178LOL media will have full coverage of the games. OMG arrived in Singapore beforehand to prepare for the games. We interviewed OMG members to give firsthand information on their preparation.

Omg promises to return in Season 4 after a disappointing end to Season 3.

The following is the interview:

Q: OMG went to Singapore to participate in the group stage. The games for Groups  A and B have ended. What are OMG’s observations and assessment of each team’s performance first group games, especially the 2 Chinese team EDG and Royal? EDG struggled in the group stage against Samsung White and were almost overwhelmed. What do you think about it. Is Korea really unbeatable?

TT (the team’s coach): All team members and the coach did watch the games and we discussed together. Since our games start late, we had the chance to watch and analyze the data from group A and B. We did watch the game between SSW and EDG game, and we have to admit that the Korean team is much stronger. There is a big gap in the ability, but it does not mean that South Korea is completely invincible. In the group stages we will face SSB on the 25th, and we will make some special arrangements. We definitely have a chance to win this game. As for the final results of the competition, only time can tell.

Q: Doing your homework is important preparation for your opponents in Group C. Do you guys have any targeted research on your opponents? What do you think you have to pay attention for on each team?

TT: We have carefully studied each team in group C. For each of the team, we have certain special strategies to break through their defenses. In our match against SSB, we definitely will try our best and even bring out our strongest weapons. We will fight them without holding back because they are the number one team in Korea, and we want to win this game to improve the morale of the Chinese teams.

Q: How did you train in Singapore? Is training on the SEA region server still a choice?

TT: RIOT has arranged a training ground in their backstage. Every day we go to the training room from morning to midnight behind closed doors. As for the training opponents, we have played scrimmages against Alliance of Europe and Cloud9 of North America.

Q: Here I would like to ask Coo1. Your old rival Faker is not in the Championship. This time you have to face this season’s more frightening dade. What do you think of him? In the current state, do you think OMG can beat Samsung Blue?

Coo1: I would first like to say that it is unfortunate that Faker was not able to participate in the finals; it makes the games less exciting. I seldom play with dade. In my opinion, the Korean pros are all very close in ability. I think it depends on the in-game condition. Finally, I believe that in our current condition, as long as we can get in the right mental condition and find our positive attitude and team spirit, we will have the confidence and the opportunity to overcome the Korean team.

Q: This question is for Dada7. OMG had an adjustment on their support and finally decided to use you to replace Cloud and partner with san. After this new training, how did Dada7 and San do?

Finally, the 178LOL media represents all Chinese fans in supporting OMG and the other Chinese Worlds teams with their World Championship journey. We give them our best wishes and hope that they can go far in their run.