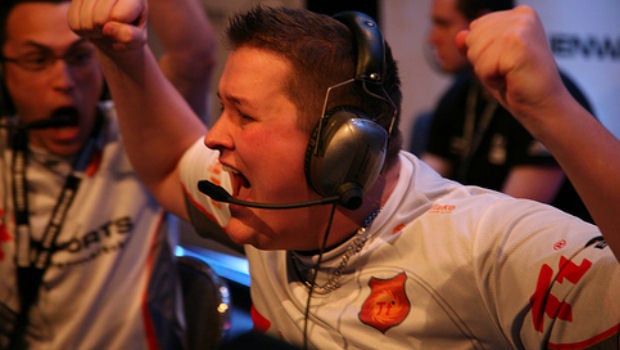 Mentality has a huge impact on all sports, and I feel it’s even more important for playing League of Legends. My main focus in this article is identifying negative traits or attitudes people have while playing, and explaining how to fix these problems for yourself or others. I have a lot of experience in the topic as over my 4 years of playing I actively changed my way of thinking to a more positive one and try to help others as a team leader. Hopefully you can use this article to improve your mentality, and the main thing to keep in mind is that you’re not perfect. Even if you don’t have any major issues you can always improve your thought processes, myself included.

Looking for a scapegoat:

Whenever things go badly for us, our first instinct is always to find someone to blame for it. This is particularly true when we make a mistake or a bad decision(and this applies outside of league as well). The easiest thing to do in these situations is always to aim the blame at everyone other than yourself. Lost your lane? No problem, your jungler clearly didn’t gank enough. Engaged a teamfight 4v5? Easy, the adc was farming so it’s his fault for not being there. Can’t convert your lead into a game win? Just flame whoever happens to have the worst score. Compare how common these cases are to someone simply internalising their mistakes and saying “mb”.

The real reason for this vast gap is that it’s a hell of a lot harder to identify and take on board your own mistakes than it is to find something else to blame them on. I’ve noticed this is a particular problem in division 5 of any league I’ve been in, as the players there don’t have the skill to rise in rank and become frustrated by their stagnation. Now comes the important part, how to fix this problem for yourself. I feel that one of the big things that helps is focusing purely on your own play during the game. Every time you die, stop and think “How could I have played that better?”.

You have a certain amount of control over your team through communication and pings, but the bottom line is you only control your own character and you should focus entirely upon that. If you can manage to shift to this mentality, you will find that not only are your games less frustrating and more enjoyable, but you as a player will improve much faster from critiquing and learning from your play. Fixing this can definitely be a difficult process, and I feel it’s near impossible for people who suffer from the next problem.

This is a psychology term you might have come across before, as it is incredibly prevalent in the player-base. To put it simply, it’s the idea that people who are unskilled believe they are much better than they are as a result of their ignorance. This applies vice versa as well, but I’m going to focused on the unskilled players. The most obvious and constantly referenced example of this is the concept of “elo hell”, where the player believes they deserve to be ranked much higher but are being held back by bad teams.

You think that this only applies to people in silver/bronze, but people claim to be in elo hell all the way up to low diamond, never realising the reason they’re being matched with players of low skill is because of their own win/loss ratio rather than the other way around. Apart from the fact people with this problem tend to suffer from a worse attitude, the biggest problem with this is that they never accept their own mistakes which makes it a very long and grind-ey process for them to improve. As mentioned above, they can easily justify all their mistakes and problems as being issues with their team and continue to feel superior despite contributing negatively.

When you suffer from this cognitive bias, it’s very difficult to improve your mentality as accepting that you’re less skilled than you previously thought is nigh on impossible for most people.

Rather than simply ignoring this section as only applying to other people, at the least try to accept your current standing as your baseline, and try to focus on improving your own skill rather than waiting for your luck with teams to improve.

Being a positive force:

If you’ve got it, flaunt it. (Copyright Getty images)

Now with two of (what I consider) to be the biggest mentality issues in league let’s focus on how to be better than just saying the bare minimum and not flaming people. From experience of maining support for around 2 years, lower elo games can be won and lost entirely on the morale of the team. If the team is constantly in-fighting with half the people hurling abuse and the other half spamming surrender it’s almost a certain loss, even when you’re dead even with the enemy team. One of the most effective things to do is try and diffuse and mediate arguments whenever they occur. Be positive to a fault, saying that whatever they’re arguing about isn’t a problem and that it’s best to focus on the game ahead. Even if you think you’re legitimately screwed, if you reinforce the idea that you can still win you have a much better chance of getting a miracle turnaround than if everyone is already in a defeatist mindset.

Now keep in mind that this won’t work universally, as some people are too far gone to listen to anything you have to say; and try to be as nonabrasive as possible. If your team mates turn their flame to you as a result of trying to improve matters just remind them that you’re just trying to win the game. The skill of being a positive impact on the game takes a decent amount of practice to get to an effective level, but once again if you can manage it you’ll both enjoy your games more and increase your chances of winning. Additionally, if you think someone is simply too negative or abrasive to reason with, just mute them and move on.

To improve matters further, remember to give credit where you can to your team mates, a simple “wp” or “gj” can make people feel good and more confident in their play for the rest of the game.

Especially if you feel that someone’s likely on “tilt”, go out of your way to praise them on whatever they do right, even if their overall play is poor.

I hope you found this useful, and keep in mind that a lot of the topics I touched on here don’t just apply to league, but to everything you do. Play better, enjoy playing more and be a better person; it just takes some effort from you. If you want any more advice or need someone to hurl abuse at my ign is Tim Curry on EUW and my twitter is @monkeyislandfan. Have a good day, dude.