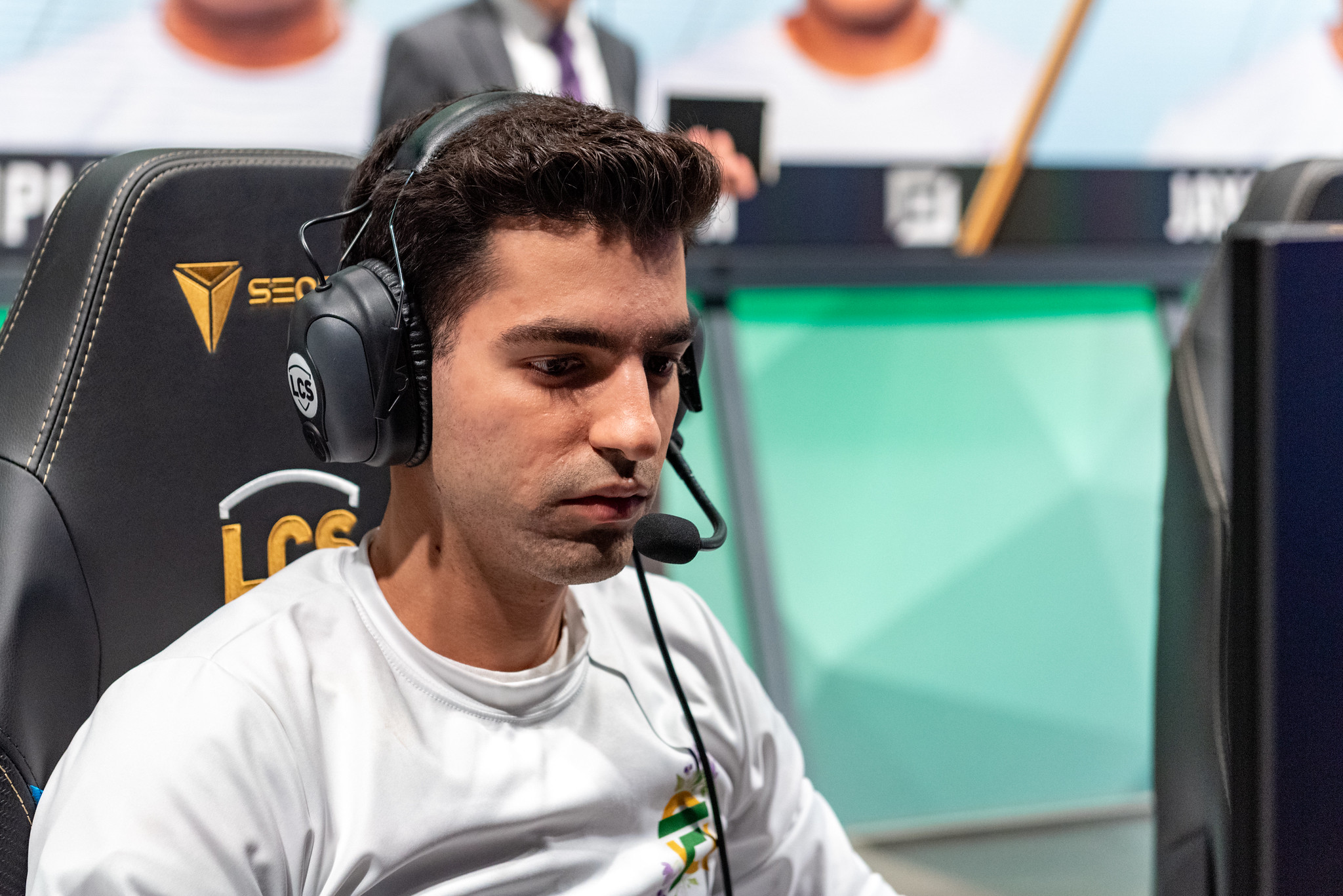 In what appeared to be the most lopsided game of the 2021 LCS Spring Split, Immortals pulled off a massive upset and took down Team Liquid today.

Immortals not only were one of the more developmental rosters in the LCS coming into this split, but three of their five players made their debuts in this game. Jungler Andrei “Xerxe” Dragomir and bottom-lane duo Quin “Raes” Korebrits and Michell “Destiny” Shaw all had visa issues that kept them out of the Lock In tournament, but you wouldn’t know it from how they faced down arguably the best team in the region.

Immortals set the tone early with rookie top laner Mohamed “Revenge” Kaddoura on his signature Irelia, which he played with aggression and precision to solo kill Alphari.

Shortly after, the rookie picked up two more kills with a little help from his jungler. While Revenge wasn’t able to snowball his own lead in the midgame, the rest of his team, namely Destiny, was able to make plays on Blitzcrank despite losing his lane to Tactical and CoreJJ.

To Liquid’s credit, a lesser team might have folded under the shock of falling behind. Instead, TL punished small macro mistakes and were able to crawl back into the game despite some uncharacteristic sloppiness from CoreJJ.

For fans of the region that want to see rookie talent lock horns with import veterans, the top lane matchup alone provided a near-perfect microcosm of what NA fans have been dying to see for years. It’s just one win, but Immortals, and other developmental squads like Golden Guardians, Dignitas, and FlyQuest, who themselves upset TSM and $6 million signing SwordArt in the prior game, absolutely deserve to be where they are.

The new three-match weekend format rolls on into Saturday as Team Liquid try to avoid a similar result against Dignitas at 4pm CT, while Immortals take on Golden Guardians at 7pm.